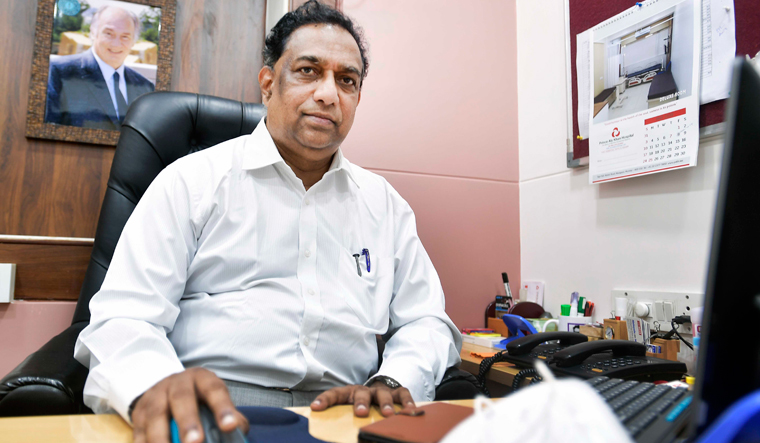 Q/Asymptomatics are not being tested. Is this not dangerous for a high-density city like Mumbai?

A/ We have to treat those with symptoms, not [just] positive tests. The UK has completely done away with tests. There are cases where the person tests positive for up to four weeks, but was completely asymptomatic within six or seven days. After seven days, the test may continue to remain positive but the patient may no longer be infected. So, he cannot pass on the virus to others. If someone is in the second or third day of the infection and is feeling unwell, but the test shows negative, I will admit him because of the symptoms.

Q/Why are we not testing aggressively in Mumbai?

A/ Because the material for testing kits is imported. We cannot go testing randomly. Two months ago, we had only two testing centres, now we have 77 and we are scaling it to 100. We have requested the chief minister that once we buy this machine, we can use it for diagnosing tuberculosis and for oncology and infections.

Q/You recommended HCQ despite conflicting evidence. The task force itself is divided on its use.

A/ I leave it to the discretion of the individual doctor. Personally, I would give it to my health care worker who is less than 55 years of age, does not have a comorbidity or a cardiac history. Dr Zarir Udwadia (researcher) says that as there is no concrete evidence [of its effectiveness], we should not use it. But, in a pandemic we try to cling to every last straw.

Q/Mumbai is facing an acute shortage of hospital beds.

A/ We were not prepared for this. The government is taking over 100 per cent of ICU beds in private hospitals and 80 per cent of general beds. We will have sufficient numbers soon.

A/ We have made applications to the ICMR to quicken permissions and conduct trials.

Q/ The contribution of private hospitals has been low. Why?

A/ These hospitals have to decide. We have made the recommendation. I don’t believe in taking punitive action. As of now, resident doctors have been at the forefront of the fight.

A/ The task force discussed adding a high degree of antibiotics in our protocol just to take care of secondary bacterial infections. And we have advocated that. If someone is admitted in the ICU and stays there for about a week or in the ward, we will give an antibiotic to keep the patient from contracting nosocomial (hospital-acquired) infections.