Distinction should be drawn between stimulus and support package 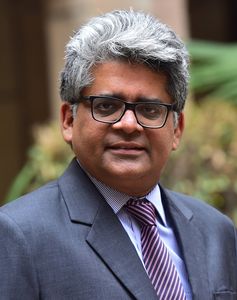 What has been the damage so far to the economy because of the lockdown?

There had been damage to the economy even before the lockdown. The lockdown has exacerbated it. The relaxations from the government are intelligent from the point of view of economic revival. It looks like we have been fairly successful in minimising the damage done to agriculture. The rabi crop is almost harvested, and hopefully we (can sow) the kharif crop next month if we are able to avoid rural transmission till the middle of June. This is important because of agriculture’s contribution to employment. If we are able to save agricultural production and ensure its sale and distribution, this will give support to aggregate demand in the economy.

Organised manufacturing is a little more difficult now. More than 63 per cent of Covid incidence is in the Mumbai-Pune metropolitan area, National Capital Region, Chennai and Hyderabad. With some intelligent planning, some large companies have started operations. This is good, but restarting production will depend on how quickly demand can clear inventories. Even if auto companies start manufacturing, what will they do with the inventories? Limited relaxation of lockdown in services has proceeded fairly intelligently as some states like Tamil Nadu have provided sensible protocols to allow construction activity to start, which is important for the economy. Our healthcare contribution to the GDP is also ramping up.

What challenges do you foresee in the next few months?

The biggest challenge as I see it is that India has not flattened the curve. There is no indication that it will happen by May 15. Then we have a decision point—do we continue with limited activities, and try and flatten the curve, or employ social distancing norms and allow businesses to open? This is a very difficult trade-off between potential human cost and potential economic loss. Both Goldman Sachs and Morgan Stanley have reported that major European and North American economies have bottomed out. China has bottomed out and Japan is about to bottom out. From the international trade perspective, we have a second decision to take. If the rest of the world is opening up, and if we can take advantage of the upswing, then our economic deceleration will slow down. This is the second challenge.

The third challenge is how to deal with the hit we are going to take in the services sector. One is not going to see significant increases in travel and tourism and personal services. Having accounted for the hit, how do we compensate for that in other areas of activity? As the demand will be sluggish, do we start buying the inventories, and destroy them so that companies start activity? Or we use that money to subsidise wages and working capital, which the government has not done far? These are tough managerial decisions for the government and the private sector to take.

Which sectors will boost the economy in the days to come?

If we are able to protect agriculture and take advantage of the rising global demand… For example, if steel exports are resilient then that will lower the economic hit. Health care is expected to ramp up, as are information and communication services. If we can intelligently continue opening up manufacturing and MSMEs, and restart construction, then we should see an impact on GDP growth.

What should be the government’s fiscal package and its scale?

A very important distinction should be drawn between stimulus and support package. At the moment, we are in the support game, and the government did what it thought was appropriate. The initial package was to give some money to women in Jan Dhan account, apart from asking people to spend from their own provident fund. But it is not enough. We have failed spectacularly to effectively deal with the migrant labour issue. We should provide them with handsome income support rather than charging them for rail tickets. We should encourage them to come back to better working conditions for which we should also commit ourselves to a slum-free India. We cannot allow India to treat its citizens so badly. So industry and government have to commit to a slum-free India, which will be an important area for public spending to occur.

Other areas which will need support is the organised industry and services for which demand has collapsed, but they continue to pay interest on working capital. The exchequer should pay part of their bill. These are things which support people’s income, national wealth and thereby maintain aggregate demand. We are trying to support the economy and prevent erosion of national wealth and erosion of national income. That support is the first priority, which we have to do before stimulus. The scale of it, I have estimated, will be something between 4 and 6 per cent of the financial year 2020-21 estimated GDP.

Can the agriculture sector rescue the economy?

The rabi crop has been harvested; there should be money there if the system does not misbehave by short-changing farmers. If we see purchasing power in rural hands, that paves the way for rural demand to go up. We have already seen it in the auto sector, where the only demand is for tractors and that is a good sign. But, also important are fisheries and animal husbandry and we should encourage these sectors to pick up.

The government is pushing for reducing reliance on China by promoting local industry. How feasible is it?

This was true even before this crisis, but why were we not able to do this? It is feasible, but we have to ask ourselves why were we not doing it earlier. This involves two questions: what was wrong with us and what was right with China? If the crisis means now there is something less right with China then we can take advantage of a shift. But capitalism has a very short memory. When all this is over, if China continues to be a cheaper and most efficient supplier, then temporary gains will revert to China. If you want to grab things from China, you have to be competitive. The pandemic does not change this ground reality. So let us start by seeing how much import substitution from China we can do by removing the obstacles and productivity disadvantages that made China India’s largest import partner before dreaming about third party business.