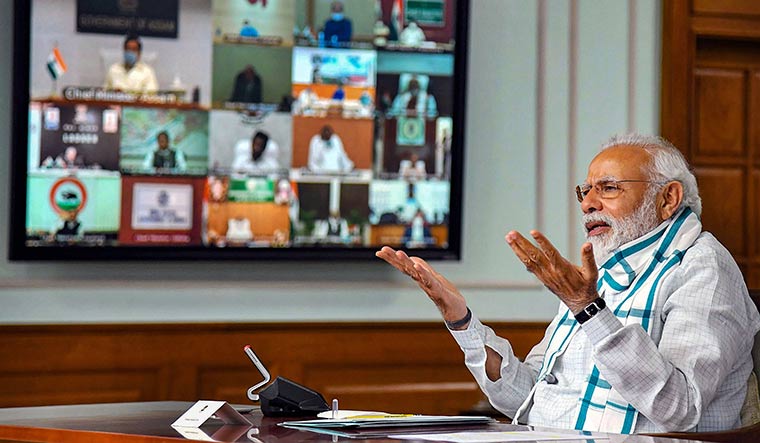 A penny saved is a penny earned, so goes an old saying. If that be so, several Indians were earning quite a few thousand rupees in the last 40 days when they were not spending in locked-down India. They opened their wallets or swiped their cards only to buy food, medicines, masks and sanitisers. They did not drink, they did not binge, they did not fly, they did not hire cabs, they did not buy clothes, shoes or phones, they did not go to the movies. Most of them did not buy even a bowl of ice cream.

In normal times, it is important to know how much people spend; but in abnormal times like these, it is equally important to know how much people did not spend. There are no official figures about it. The Confederation of All India Traders (CAIT) says the Indian retail sector “lost” about Rs5.5 lakh crore during the lockdown period. Notionally, that could mean Indian shoppers did not spend Rs5.5 lakh crore.

To make that conversion possible, Indians should be induced to transfer that savings to the accounts of investors. For that, they will have to be induced to spend again—not only the Rs5.5 lakh crore that has been saved, gained or earned so far, but also several lakh crores that are going to be saved, gained and earned in the next few months. Economists say it is possible.

Look at it this way. This non-spending of Rs5.5 lakh crore happened during an even-otherwise non-spending season. Indians usually hold on to their money during the first half of the year, especially so during the March-April period when quite a few of them are worried more about their children’s examinations and admissions than about anything else. They begin to spend by late August, and continue to do so in the following festive season when they buy clothes, shoes, TV sets, air conditioners and cars, and also get their daughters married in big fat weddings.

The challenge before Sitharaman is to make them spend more than Rs5.5 lakh crore this August onwards. If she succeeds in drawing out the cash, CAIT’s retailers will sell more clothes and cars, car-makers and mill-owners will make still more cars and weave still more clothes, and together give more jobs and save India.

But it will take a lot of persuasion to make Indians spend. Once Covid-bitten, people will be twice virus-shy. People are simply not going to swipe their credit and debit cards at car dealerships, electronic stores or garment shops unless they are in a spending mood.

People spend only when they see others spending. The top-down approach may not always work. So economists are advising the government to do it bottoms up. Put money into the accounts of those who do not have even minimum balance, say Abhijit Banerjee, Raghuram Rajan and other economists. Once people get money, they will buy not only rice, atta, dal and sabji, but also a bowl of ice cream if they have a tenner left. Once people start buying more than what they need to subsist, the economy will bounce back. The poor who fled the cities will return; old job-masters will call back some. Others, such as cabbies and haberdashers will come on their own. Mandi barons will summon their old headloaders, tradesmen will call back their apprentices.

Not all would come back. No worries. They can be skilled or reskilled to take up small trades in small towns and villages. Therein comes the importance of certain unglamorous ministries like the ministry of micro, small & medium enterprises and the ministry of skill development and campaigns like Digital India. A small start has already been made by the skill development ministry: it has earmarked some 75,000 workers who are being taught to make masks.

Indeed, mask-making and such petty businesses alone are not going to make India bounce back. But once small businesses thrive, that will create a new industrial ecosystem through which global giants will be confident of drawing their supply chains. The government appears to be thinking on those lines already. In his address to the chief ministers, Modi asked them to prepare well to attract investments from the global companies who may want to exit China.

Till now China has been sitting like a behemoth over the global supply chains with almost every product having had a Chinese component. But now, with all the ranting and raging that President Donald Trump is indulging in, several American and western companies are jittery about China as a safe place to invest. India, with a fairly well-developed economic ecosystem and an independent judiciary where “arbitrations may be time-consuming but not arbitrary” as a retired judge put it, may appear attractive. As was pointed out at a Niti Aayog webinar, moderated by CEO Amitabh Kant, “many corporates are shifting to a culture of ‘one plus one’ by reducing dependence on China as the major manufacturing base and shifting to other geographies for hedging their risks. It could be a game-changer for the Indian manufacturing sector to leverage on this opportunity”.

Newer technologies are also waiting to be monetised. The post-Covid world will have to adopt technologies of 5G, internet of things, machine learning and artificial intelligence. With a highly digi-skilled workforce already available, and with its proven ability to absorb and disseminate technologies, India stands to gain much more than most of the richer but ageing nations of the west.

The fall in oil prices offers another opportunity. Indeed, it has been caused by the global economy coming to a standstill, but then every penny saved is also a penny gained. In other words, the government, too, has saved a lot of money, much more than the Rs5.5 lakh crore that you and I did not spend.

That money saved or earned, if wisely spent, can make the economy bounce back.