Chhattisgarh man who named his twins Covid and Corona 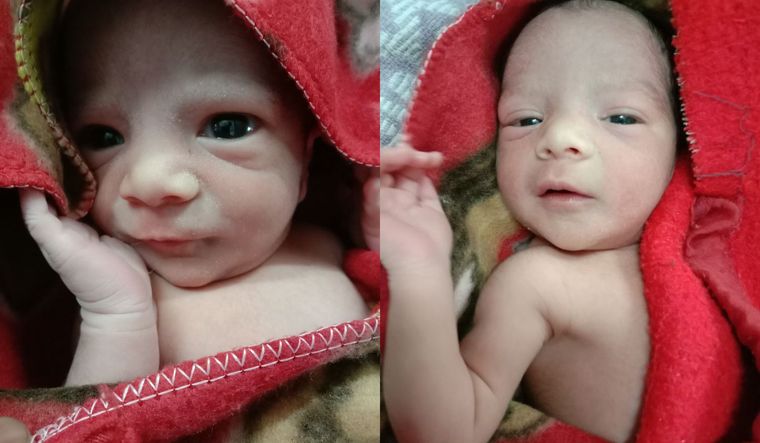 More than a week after becoming father to twins­—son Covid and daughter Corona—Vinay Verma from Raipur is basking in the afterglow of all the media attention. The 32-year-old reporter with a local TV channel in Chhattisgarh never thought his family would be national news, even if for a day. “The day I saw local newspaper reports carrying pictures of my newborn twins, it felt like my kids were as important as baby Taimur (son of actors Kareena Kapoor and Saif Ali Khan). When they broadcast it on TV, it really felt like a star kid’s ‘first look’,” says an excited Verma on the phone.

The twins were born on March 27, the third day of the 21-day nationwide lockdown. “My wife’s relatively easy delivery under such circumstances was an achievement,” says Verma. He plays down associations of doom with a pandemic which has plunged the world into uncertainty. No one in his immediate family or circle of friends thinks there is anything amiss or morbid about naming children after a killer virus. “There is a boy called Lockdown in Gorakhpur. Is not Corona and Covid better?” asks Verma, without irony. Then he mulls over it for a while. “You see, I do not know about Covid, but corona is a Latin word that means crown. That is the beauty of the virus. If you have seen its shape under a microscope, it looks like a crown. Corona, Katrina, Carolina... are all names of the crown [sic]. Why should we be scared of it then? My daughter is beautiful, so why not name her ‘crown’,” says Verma, even as his kids howl in the background.

Born and raised in Allahabad, Verma has been living in Raipur for the last 10 years. His first daughter, now two years old, was named after goddess Vaishno Devi, when his parents could not visit the shrine in Jammu after his mother suffered a brain haemorrhage two weeks before the planned trip. “I have grown up seeing my mother toil every day at home, working away even past midnight to raise me and my brother. I am nothing without my mother, wife and daughters” says Verma, suddenly becoming emotional. He recalls how his mother ran the house like a general, often waking her children at 4am to study.

This kind of rigorous training, Verma believes, has prepared him for any calamity. “That night on March 27, the way I managed to get to the hospital past the barricades with a wife in labour and a crying child when there was no help available is nothing short of a miracle,” says Verma, still delirious from his race to the hospital. “My mother says whoever works late into the night does well in life. See, this is what I pulled off.” Verma is now in touch with his 58-year-old mother through WhatsApp video calls.

But not everything is bright and sunny for Verma. On most days now, he is tired of all the cooking, cleaning and feeding. He has not found clothes for the twins; they wear their older sister’s clothes. For days, he has had trouble getting diapers and milk powder. He is not even sure if he will be able to retain his job. “But we are a family of survivors and I have been trained well to deal with anything,” says Verma.