How China turned around the fight against Covid-19

Once the epicentre of the pandemic, China has managed to contain it 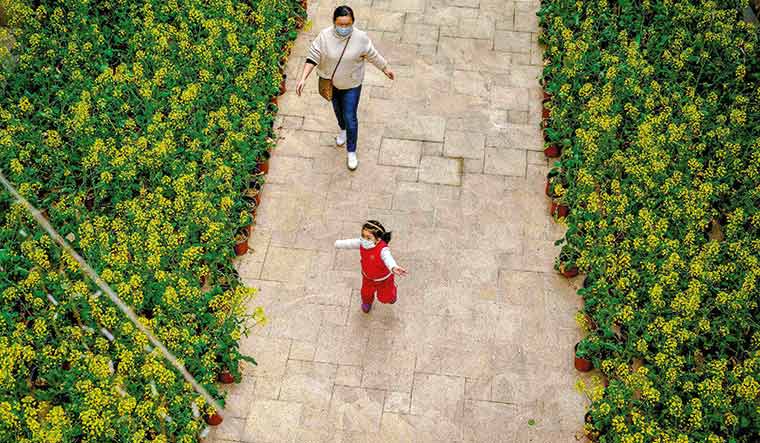 Just a month ago, Sally J. Yan, a Europe-China trade facilitator based in Zurich, was coordinating the supply of around three million masks and suits to China, then the epicentre of the Covid-19 pandemic. Today, she is planning to return home, as Switzerland has 2,200 cases, with 13 deaths. “Yes, I have to return to China because of the coronavirus threat,” she said.

China now seems to have got a grip on the pandemic, with daily confirmed cases coming down to less than 30 (total: 81,077) and deaths to less than 15 (total: 3,218). And, it is trying to help other countries tackle Covid-19, sending medical supplies to Europe, Korea, Japan and Pakistan. “We are ready to help out even the United States,” said Li Xiaojun, information director, State Council, the highest administrative body of China. “But we cannot forget the negative role they played during the crisis.” He told THE WEEK that President Donald Trump paid mere lip service, and Secretary of State Mike Pompeo was busy criticising the Chinese leadership.

Many experts, too, were critical of the US for its apathy towards China. Economist Peter Peverelli, an Amsterdam-based expert on Chinese business development, told THE WEEK, “While the World Health Organization praises China’s response to Covid-19, hysteria seems to be the [response] in the media outside China. Some even refer to the Chinese measures as violation of human rights.”

China was initially criticised for locking down cities and for its crackdown against officials and rumour mongers. In Hubei province alone—Wuhan, where Covid-19 originated, is its capital—more than two dozen higher officials were sacked, including central committee members of the ruling Communist Party of China (CPC). “We are not saints,” said Li. “Neither were our officials in Hubei. They made intended and unintended mistakes. They all have been corrected by the CPC, state and the government agencies.”

The State Council had also come down heavily on nurses from Hong Kong who went on a strike, demanding closure of the border with the mainland. “We emphasise more on obligations and duties, instead of rights and freedom,” said Li. “So mainland China looks down on Hong Kong nurses who protested instead of carrying out their duties. We also look down on those Italians (living in China) who are selfish and do not obey the lockdown orders.” Also, people hoarding and selling masks at a higher price were punished. For instance, a pharmacy in Beijing was “fined two million yuan for hiking the price of masks”. China was also accused of curbing religious freedom. “Public gathering was restricted and people were not allowed to go to churches, mosques or temples. Freedom to practise religion was, therefore, curbed,” said a top government executive. 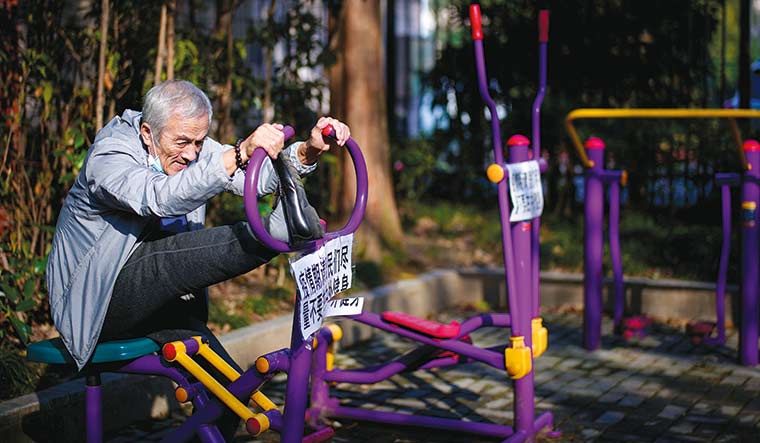 Ignoring the signs: A man works out on an exercise machine with a sign advising residents to avoid exercising outdoors during the outbreak, at a park in Shanghai | Reuters

The State Council credited President Xi Jinping for its ability to control the pandemic. It was his decision to lock down Hubei on the eve of the Spring Festival. He also created a core group within the politburo to monitor the spread. “The team has Premier Li Keqiang as the head and Wang Huning, the number five in the politburo, as deputy head,” said Li. Xi also sent Vice Premier Sun Chunlan to camp at Wuhan. Sun reportedly said that spread of rumours and lack of commitment on part of officials had worsened the situation in Wuhan. She told officials whether they wanted to go down in history as criminals. Based on her report, Xi ordered 30 provinces, including autonomous regions like Tibet, to send medical teams to Hubei. He also deployed 4,000 army medical staffers to control the spread. In two weeks, two hospitals were built in Wuhan and isolation wards were set up across the country. While initially there was a shortage of medical kits and suits, China now produces three million test kits and 120 million masks daily.

The government, however, realised that lack of awareness led to the rapid spread of Covid-19 in Hubei. It had no prior experience of dealing with an outbreak; the 2003 SARS outbreak had barely affected Hubei. So, the government began a nationwide awareness drive through social media and state-owned media outlets. “The awareness has been done at such a level that even my three-year-old understands that there is an outbreak and one needs to stay inside,” said Li.

Moreover, electric carmakers were asked to produce masks and suits. Apps were developed to map the movement of people infected with the virus. That is how China was able to locate and quarantine five million people who had travelled out of Hubei during the Spring Festival. Students were home-schooled, and food was home-delivered, all thanks to technology. Also, the gene-sequence of the virus was shared with all labs so that a vaccine could soon be developed.

While the stock market was volatile initially, Xi’s visit to Wuhan early this month “lifted the stock market to its peak”, said Li. “We are using fiscal measures to help both big and small companies,” he said. “For companies that were directly affected because of Covid-19, taxes have been waived off, and for others there is a sharp income tax cut. We are putting more money into the market to facilitate liquidity.”

However, the good news for China was the slide in crude oil prices. Xi used the opportunity to boost oil reserves and save foreign exchange. The Central Bank of China cut reserve requirement ratio (RRR), the minimum amount of reserves to be held by a commercial bank, thereby allowing $115 billion to be released to the market. Also, China sold government bonds on the open market and injected around $428 billion in banks to control any slump in the economy.

“With inflation at 5.4 per cent, it is difficult to cut interest rates,” said Prof Shirley Yu, fellow at Ash Center, Harvard Kennedy School. “So, the Central Bank cut RRR and guided prime rates. China’s stimulus package was as extreme as the containment itself. We need fast and drastic responses from all governments now.”

China had to resort to drastic measures owing to the lockdown and the travel restrictions. But if India decides to lock down, say, Delhi or Mumbai, there would be huge economic repercussions, said economist Dipankar Dasgupta. “The government must convince citizens on what would drive them to take such a decision,” he said. “Also, the economic measures to overcome such lockdown would also have to be seen.”