When the wild moves in 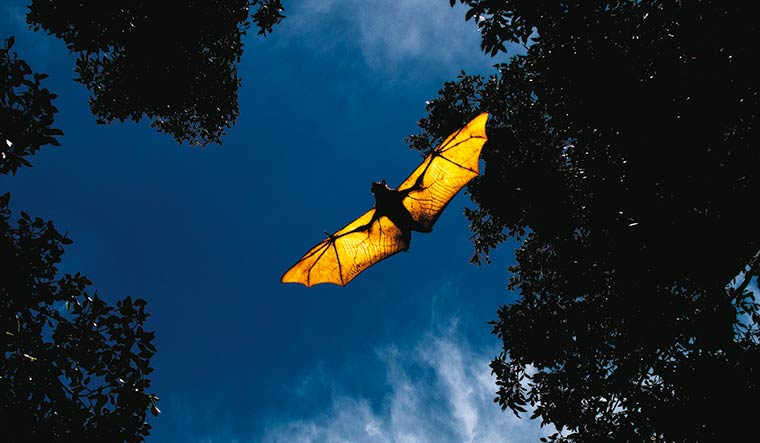 Covid-19 was no surprise. After SARS (2003) and MERS-CoV (2012), it was only a matter of time before another lethal coronavirus stung us. Why were we unprepared? Let me rephrase that question: Why did we let it happen again?

We failed to prevent it because we failed to recognise a truth that stares us in the face. It would be more correct to say we refuse to recognise it. Here is a litany of the landscape of this very inconvenient truth: Yellow fever, Zika fever, dengue, chikungunya, Ebola, SARS, Nipah virus, Kyasanur Forest disease, MERS-CoV, rabies, Rocky Mountain spotted fever, sleeping sickness, Hantavirus, Japanese encephalitis, malaria and counting.

Though these diseases are widely different, their landscape of origin is the same. And, it is a shockingly familiar one, no matter where you live.

It is a landscape without trees.

All the listed diseases emerged—or reemerged more virulent and dangerous—as a result of human encroachment on forests. Historically, we might trace them to tropical rainforests, but right now we must look closer to home. Because the forest was, till very recently, right here somewhere. In and about your housing colony. Around that gated high-rise and its adjacent slum. Diseases emerge when we clear forests, cut down trees, flatten hills, dam rivers and squat on all this usurped territory. Within a 5km radius of my home are breeding grounds for at least seven of those listed diseases. But do we ever notice?

If we go by environmental policy alone, disease is the default position.

We brag that our species achieved 12 extinctions last year, mostly insects one is duty-bound to squash. We have shoot-on-sight orders for other vermin. Our babies imbibe DDT in their very first mouthful of milk. Can policy do more? Yet all it takes is a virus to push us to the brink of extinction. Let us look at why we should have expected Covid-19.

Many emerging diseases like those listed above are zoonoses, diseases from other vertebrates. Their origins can usually be traced to wildlife. They may have stayed on unnoticed in the wild and never made the species jump to infect us if a stable ecosystem had been left undisturbed.

Covid-19 started this way, too. Even if we have not yet traced its origins, we have known for years now that coronaviruses circulate in bats. Bats make up 20 per cent of mammalian species. They are ubiquitous. Except at the poles, they are global citizens. There is something magical about a mammal capable of sustained flight. They echolocate prey in pitch-darkness. Every culture, not excepting DC, has substantial bat lore, and human gullibility has allowed the bat to be avidly hunted. In southeast Asia, 64 species of bats are regularly exploited for meat and medicinal use.

The urban push into the forest forces bat populations to colonise within human spaces and increases their vulnerability, and ours. That is not all bad from the bat’s point of view. Urbanisation provides new roosts, new sources of food, and new company. Bats are sociable creatures. They form lasting relationships with home and their urban circle of friends may embrace species that will not roost together in the wild. And all this commingling means a richer, more diversified stew of bat-borne viruses.

From the virus’ point of view, the bat is a bijou residence. Long lease, a little compact yes, but comfortably air-conditioned and so well-connected with a reliably frequent taxi service, can one ask for more?

Apparently, a virus does.

This long-lived, vagile and generously gastronomic host has just one snag. Bats do not get sick. Not as often as they should, considering the range of viruses they harbour. [In all, 15 zoonotic virus families have been identified across 200 species of bats.]

Why is the bat bursting with rude health despite this terrifying arsenal of viruses? Scientists are trying to work this out.

Bats show a very wide range of body temperature variations. When a bat flies, the metabolic rate rises to meet the exorbitant energy demand, and body temperature spikes to a high fever. In all mammals, fever upticks the immune process and slows viral replication. As the only mammal capable of sustained flight, the bat has evolved this pattern of spiking body temperature that has the beneficial collateral of a more efficient immune system. But bats also spend a great deal of time in torpor—a state of suspended animation when body temperatures drop. Could this have encouraged viruses to co-evolve the ability to flourish across a wide temperature range?

Coronaviruses make up 30 per cent of the healthy bat’s virome. They cause diseases in other species—diarrhoeas and dysenteries, respiratory infections in cattle, dogs and swine and even peritonitis in cats. But, before 2002, the worst illness they gave us humans was the common cold.

We know now that before SARS erupted as an epidemic, there had been small outbreaks from spillovers into civet cats and humans. A pattern was in the making. Words like coincidental and fortuitous have no place in the narrative of an emerging disease. Instead, we look for the motive force, the driver that brought about disease.

Southeast Asia has lost over 30 per cent of forest cover in recent years. The deforested land is intensively cultivated. Urban growth is invasive. This abrupt proximity between humans and bats allows a greater exposure to the viruses shed in bat saliva and guano [excrement], and a rapidly diversifying spectrum of viruses, too. And since the bat’s coronaviruses cause infections in domesticated species, intermediate hosts are aplenty. The dynamics of inter-species circulation of coronaviruses before they cause disease in humans are complex, and their genomic associations only partly known. So whenever there is a spillover, humans are immunologically naive to the virus. This results in a virulent infection, and the virus quickly adapts to rapid spread between humans.

It is not just coronaviruses that spill over from bats as we encroach on their habitat. The story of Nipah virus is a classic of zoonosis literature. It emerged in Malaysia in 1998. Kalong bats from a deforested area roosted in a barn. Their droppings infected pigs, and eventually the farmer. Human-to-human infection was not observed. The Bangladesh outbreak of 2001 was a direct bat-to-human transmission. Date palm sap is a favourite with villagers and also pteropus bats. Villagers and bats shared the pot, as sap collected from the date palm tree. This time, the virus also spread rapidly among people. This has been the pattern in both India and Bangladesh. Nipah virus is chillingly lethal, with a mortality of 75 per cent.

There are presently thousands of coronaviruses circulating in bats. Just seven of them have declared themselves in humans. As crowding increases, more may emerge. Can we predict what the next one will be like? Absolutely not!

My emphasis is advised by a recent brush with Zika virus. Tracking the virus through 2016, I marvelled at what a far cry the disaster it caused in Brazil was from its innocuous emergence in Uganda in 1947. Then, it had caused no more than a day’s mild fever and a barely noticeable rash. Within a decade, as its forest of origin thinned, the vector, Aedes aegypti, changed its habitat, ambit, host and biting rhythm.

Zika fever emerged as an outbreak for the first time in the 1970s. And every time it reemerged, it was in a deforested area—French Polynesia, the Caribbean and Brazil. It escalated into the horrific Congenital Zika Syndrome by crossing the placenta to disrupt the developing brain of the foetus. That innocuous canopic virus now has the potential to exterminate a whole generation of humanity.

It was almost a replay of Zika’s beginnings in Uganda. As Brazil’s cities expanded into the thinning Amazon rainforest, the virus had changed its virulence. This self-evident fact is only now being conceded to, and rather doubtfully at that. To capitalism, it is an inconvenient truth.

Any Google image of the Amazon today delineates the extent of denudation. The impact on climate change is evident. Its impact on human health must be acknowledged, too.

The west has long jeered at Asia and Africa as ‘virus machines’. Such a label is deeply offensive to more than half the people on this planet. Using our forests to feed the greed of capitalism must stop.

We can start by making the right decisions in our own localities. If we insist on moving into the wilderness, the wild will move in with us, like bats do.

Surgeons Ishrat Syed and Kalpana Swaminathan write together as Kalpish Ratna. Their book The Secret Life of Zika Virus dealt with this phenomenon two years ago. Their newest book is Synapse. 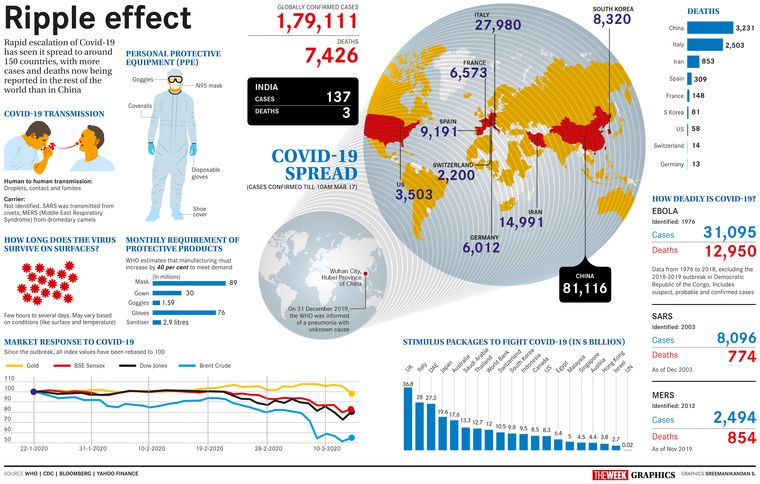