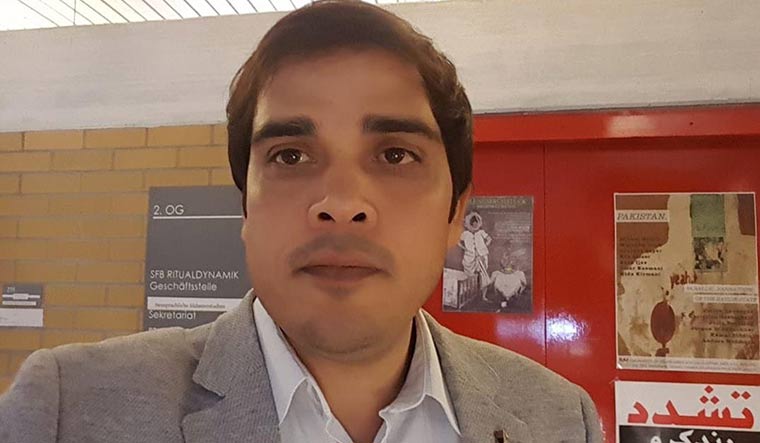 The Pashtuns, the second-largest ethnic group in Pakistan, have organised under the Pashtun Tahafuz Movement (PTM) to protest alleged state atrocities against them. The killing of young Pashtun model Naqeebullah Mehsud in Karachi in 2018, in an allegedly fake encounter, was a turning point in the movement. Manzoor Ahmad Pashteen, a 26-year-old veterinary doctor, leads the growing movement, which has caught the attention of human rights activists worldwide. To know more about the movement, THE WEEK spoke to Aurangzeb Khan Zalmay, organiser of PTM, Europe. Excerpts from an interview:

Do you believe the Pashtuns have been dragged into a war that was supposed to be fought on the other side of the Durand Line?

The Pakistan army is using people across the Durand Line as cannon fodder and killing them. They are providing a safe haven to terrorists and terrorist organisations like Hafiz Saeed, Taliban, Quetta Shura (a militant group) and Haqqani network (even Osama bin Laden was killed in Pakistan), and exporting them to the world.

The Pakistan army is getting billions of dollars from the west and is playing a dubious role in this war on terror. US President Donald Trump recently said that the money had been wasted. Pakistan is funding its war economy with this money. More than 80,000 Pashtuns have been killed in this war, 32,000 are missing and 1.5 million have been displaced.

Do you think prominent Pashtun voices are being targeted?

They started killing the Pashtun elders because they were able to mobilise the locals against the Pakistan military. The state agencies started killing the leaders of the Awami National Party, run by Asfandyar Wali Khan. The elder brother of Muhammad Ali Wazir, senior PTM [lawmaker], was the first martyr in Waziristan. They then killed his father and 17 other family members. So, when Naqeebullah Mehsud was killed, people had to rise. Almost 20 PTM leaders are in various prisons in Pakistan. The state is scared of the PTM as our demands are based on the constitution of Pakistan, which they are violating.


It is believed that Waziristan is a training ground for terrorists and the locals are forced to give them shelter.

Pakistan is a home for terrorist organisations. Pakistan is even clandestinely supporting Uighur Muslims who are fighting China. It has accommodated and protected Chinese Muslim insurgents together with the Quetta Shura in Chaman area of Balochistan. Pakistan is using these terrorist as proxies to destabilise neighbouring countries, including India, Afghanistan and Iran.

What is the Pakistan government doing to address the concerns?

Why do you think the activists and media are silent on the issues?

Activists like Gulalai Ismail, a prominent PTM member, had to flee Pakistan in September and take shelter in US with the help of NGOs and Afghanistan. But not all are that lucky. The Pakistan state media is completely controlled by the Pakistan military and the Inter-Services Public Relations. Only a few days ago, after the release of (PTM lawmaker) Mohsin Dawar from prison after four months, he gave a historic speech in the national assembly. The speech was taken off air immediately. ISPR also hires social media trolls who target human rights activists online.

Do you see an end to the suffering of the Pashtuns?

Pashtuns are suffering for the past 40 years in a war that is not theirs. After 9/11, Pashtuns on both side of the Durand Line have suffered badly. The military targets Pashtuns because they have exposed the military in the fight against terror.
The dirty games will continue until global powers come together and call out Pakistan’s sham. India, as a regional superpower, should play a decisive role to fix things for the sake of regional security.