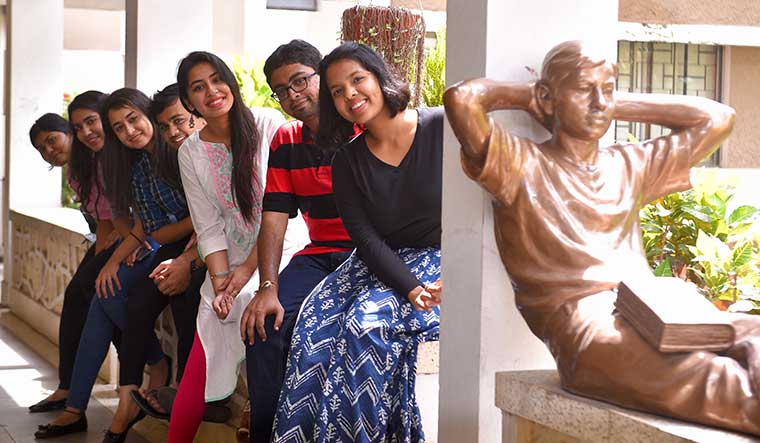 A primary survey was conducted in August through September 2019, where 276 academic experts, 585 current students, 529 aspiring students and 75 recruiters from 21 cities in India nominated the best B-schools in the country. The cities selected included all the major education hubs in the country. A closed-ended questionnaire was given to all the stakeholders, asking them to nominate and rank the top 25 B-schools in India and the top B-schools within their city. Out of the total 1,465 interviews, 20 qualitative, in-depth interviews were done to understand the reasons for the rankings. This exercise helped in validating the data and providing a rationale for the rankings, wherever required.

Perceptual score: Calculated based on the number of nominations received and the actual ranks given to the B-school in the All India category and in its own city, by the various stakeholder segments.

A dedicated website was created as an interface and the web link was sent to more than 1,400 B-schools, of which 179 responded within the stipulated time. Nine B-schools were rejected because they were not able to meet the eligibility criteria (the institutes were ineligible because they either had not passed three batches or had admitted less than 50 per cent of the sanctioned intake). Data from the remaining 170 B-schools was used for the rankings.

Factual score: Information collected from the B-schools was combined by applying appropriate weights to each dimension as given below: 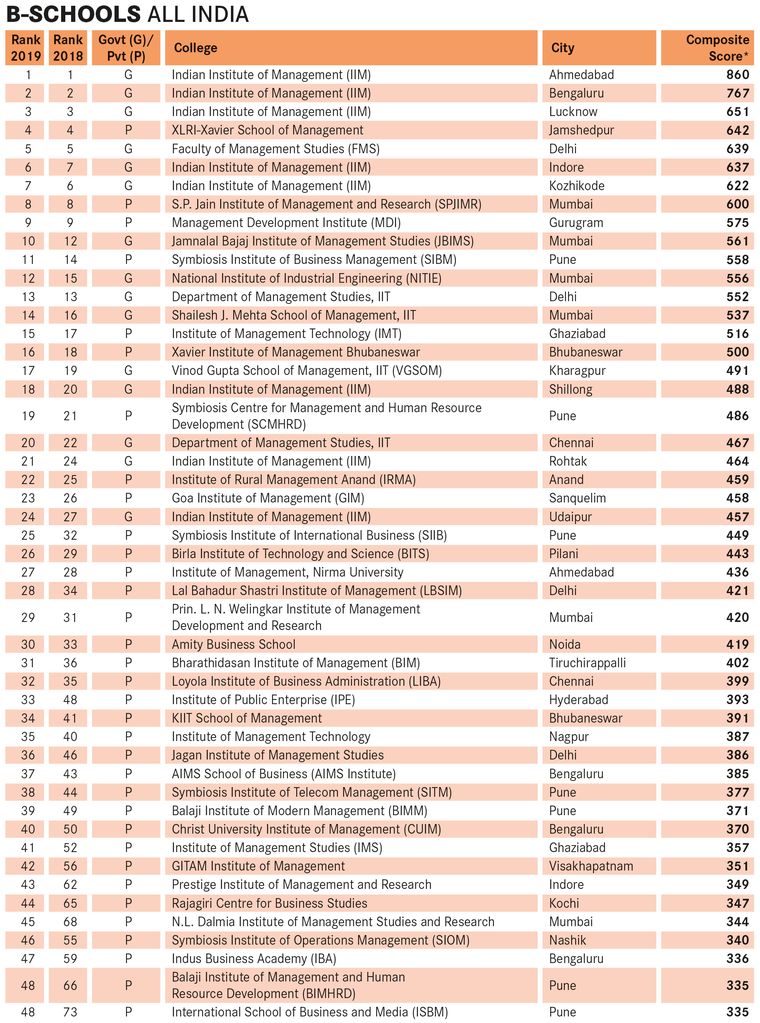 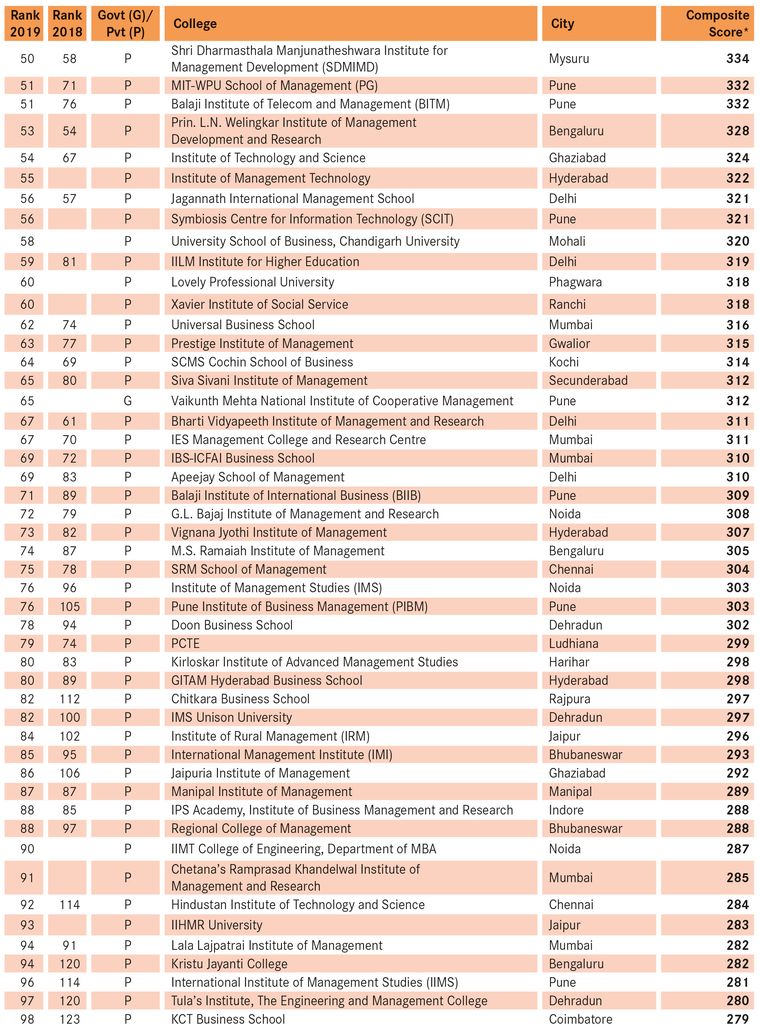 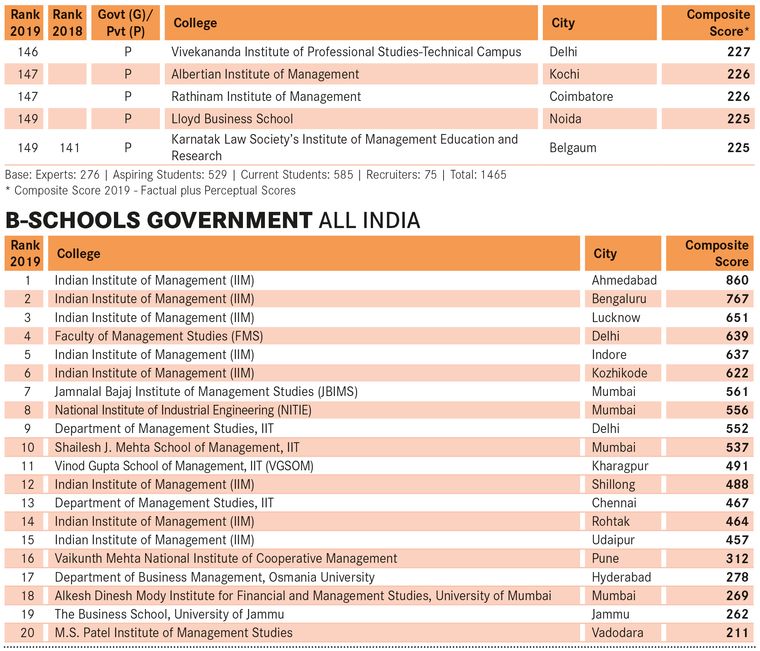 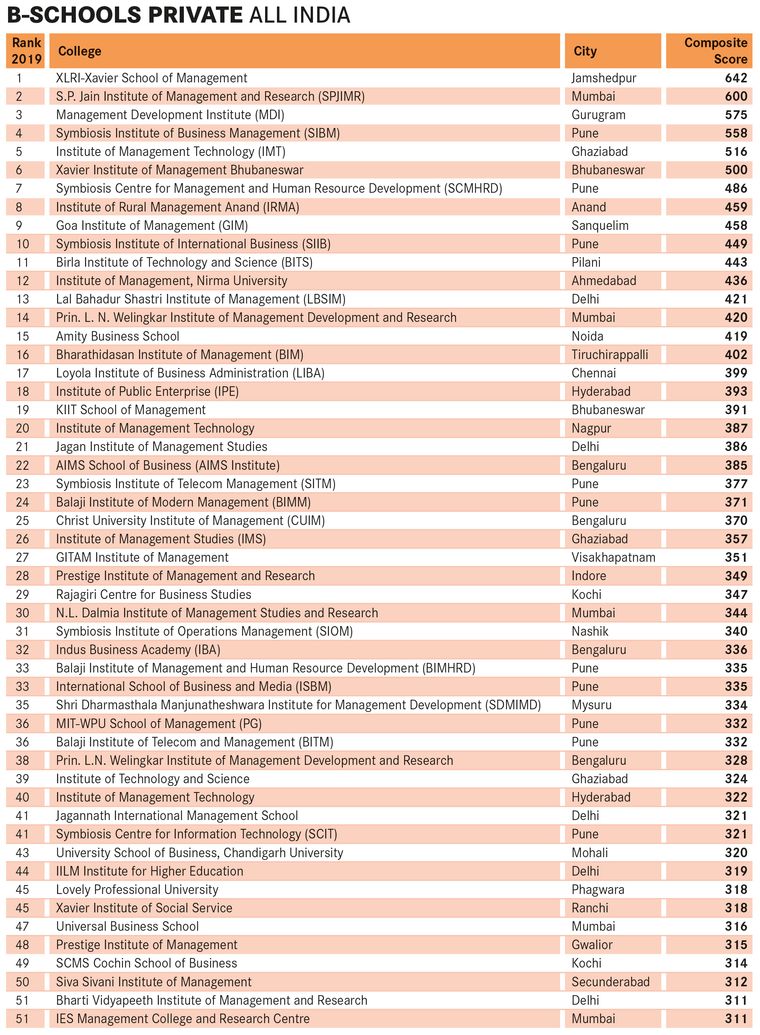 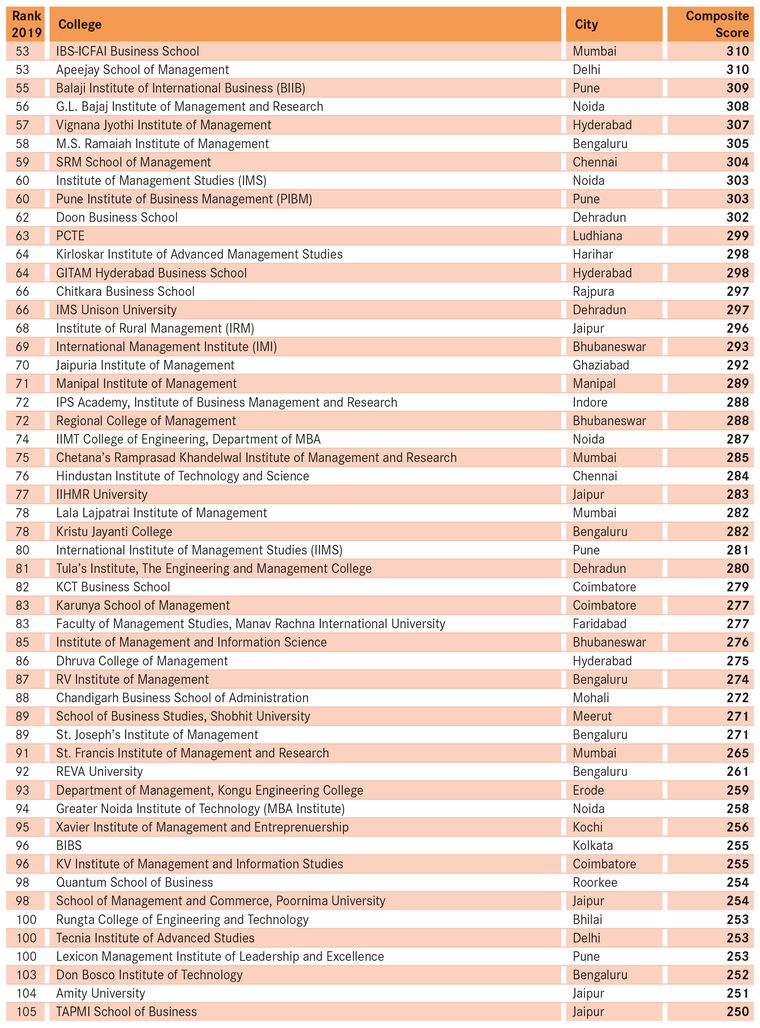 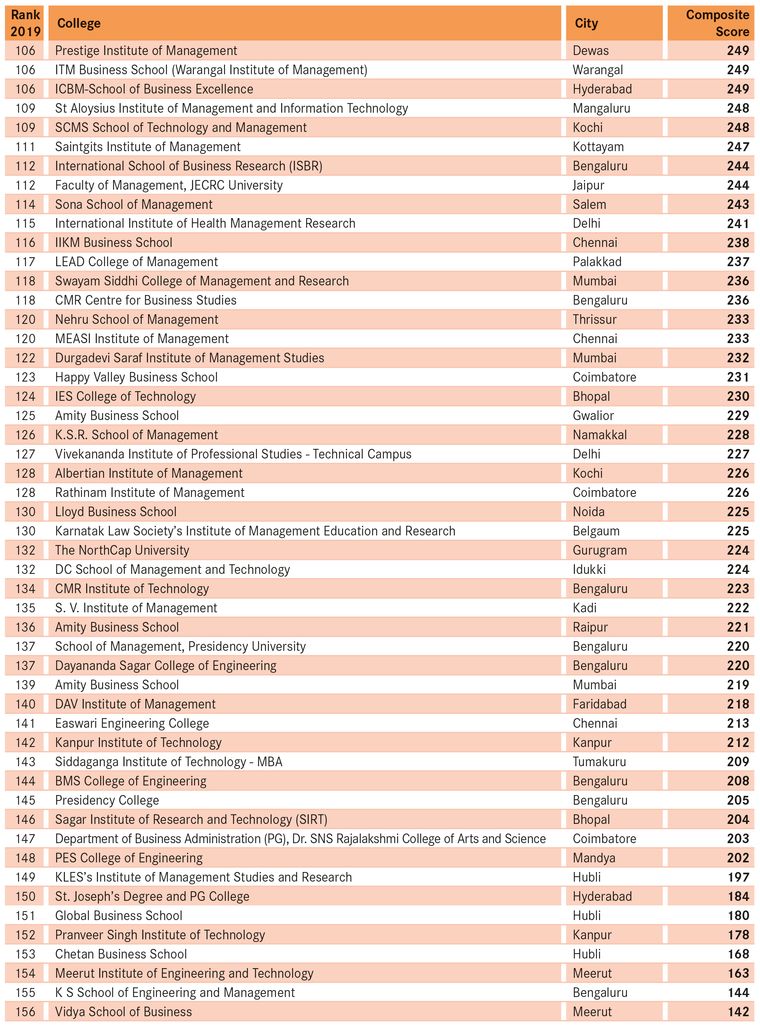 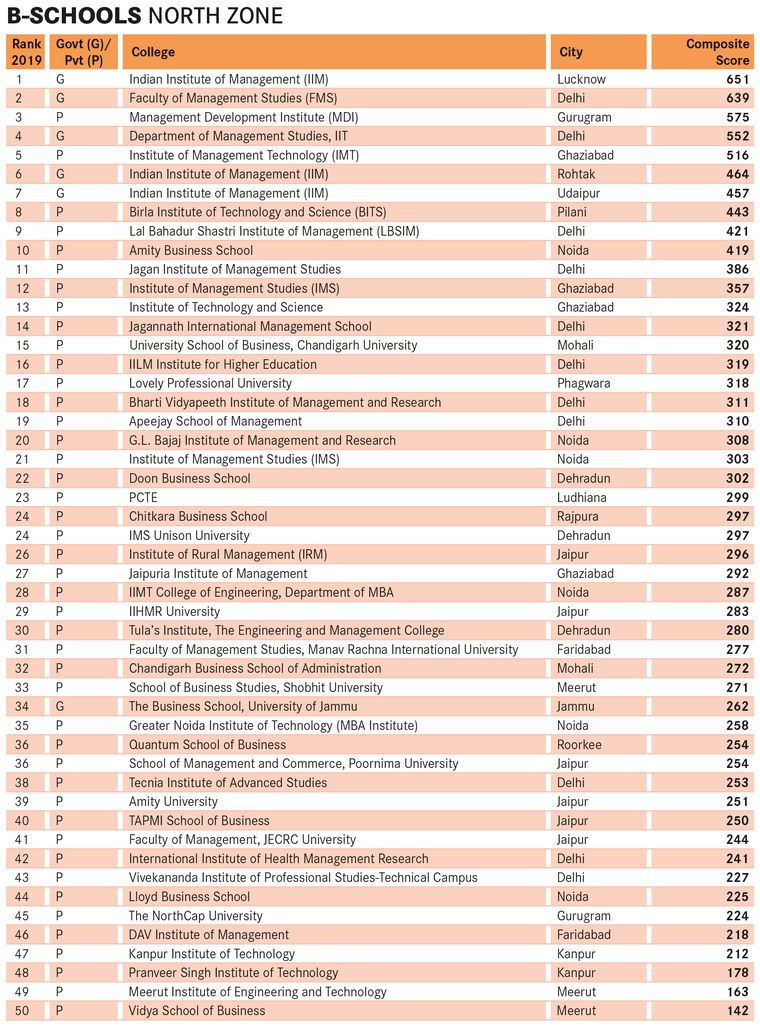 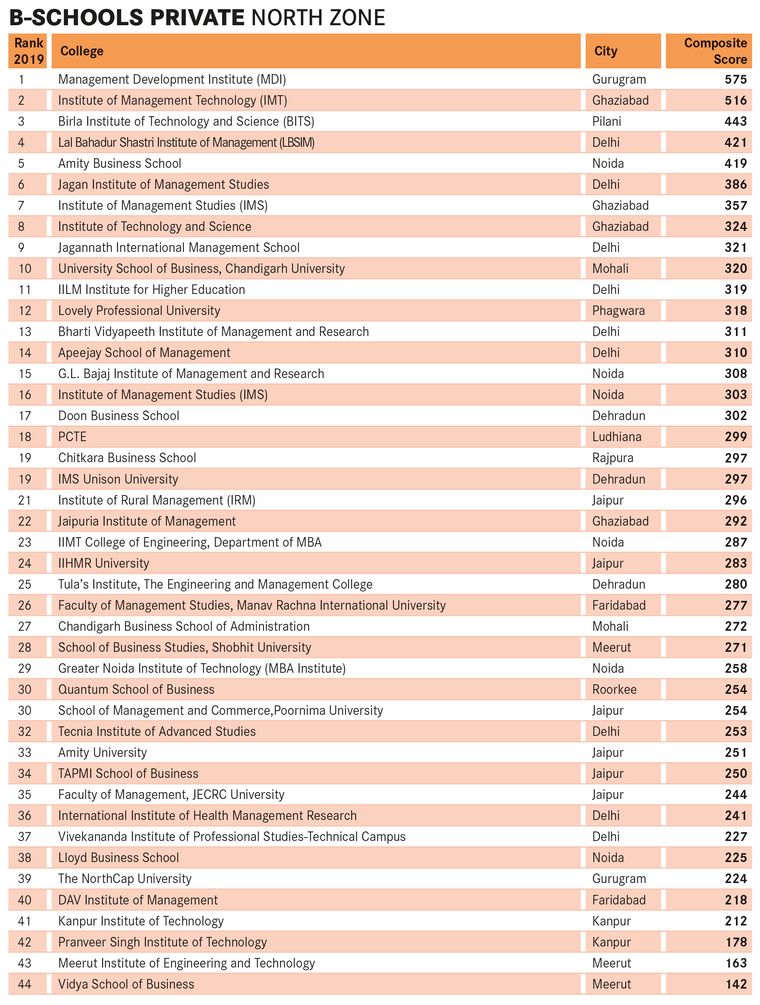 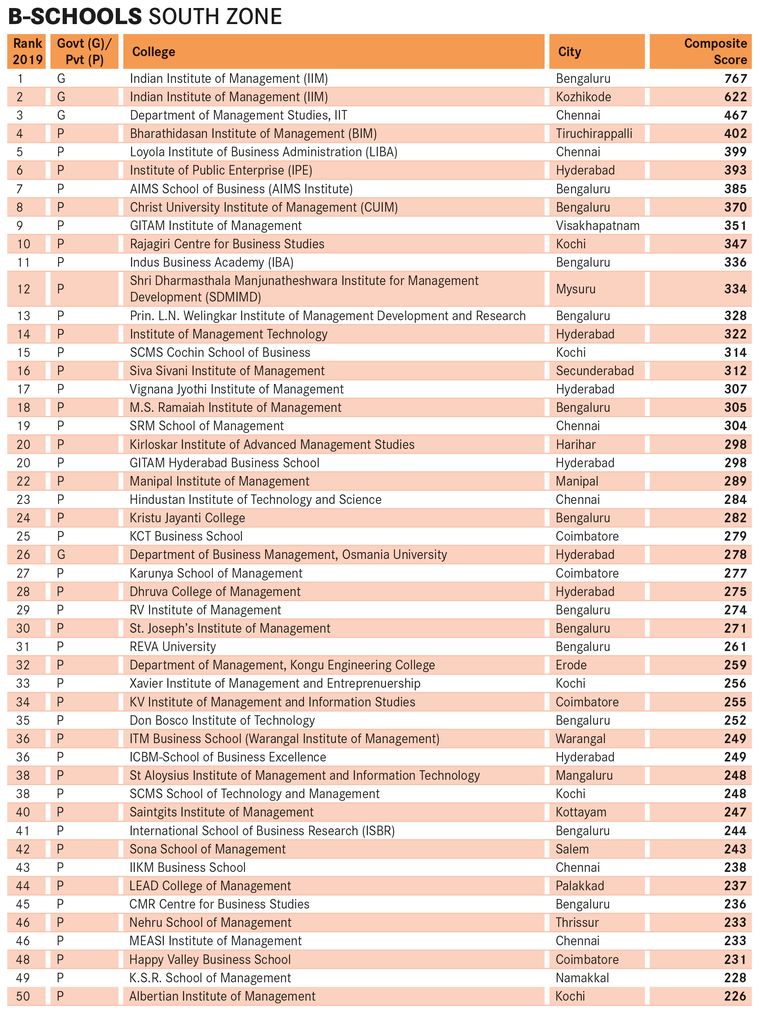 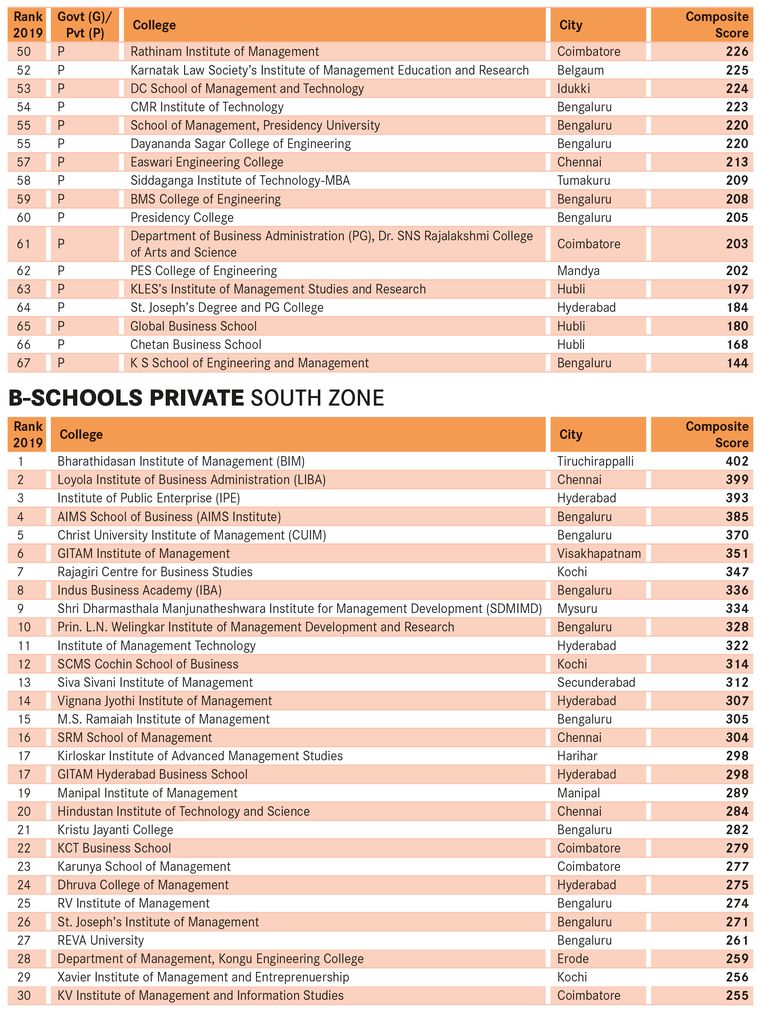 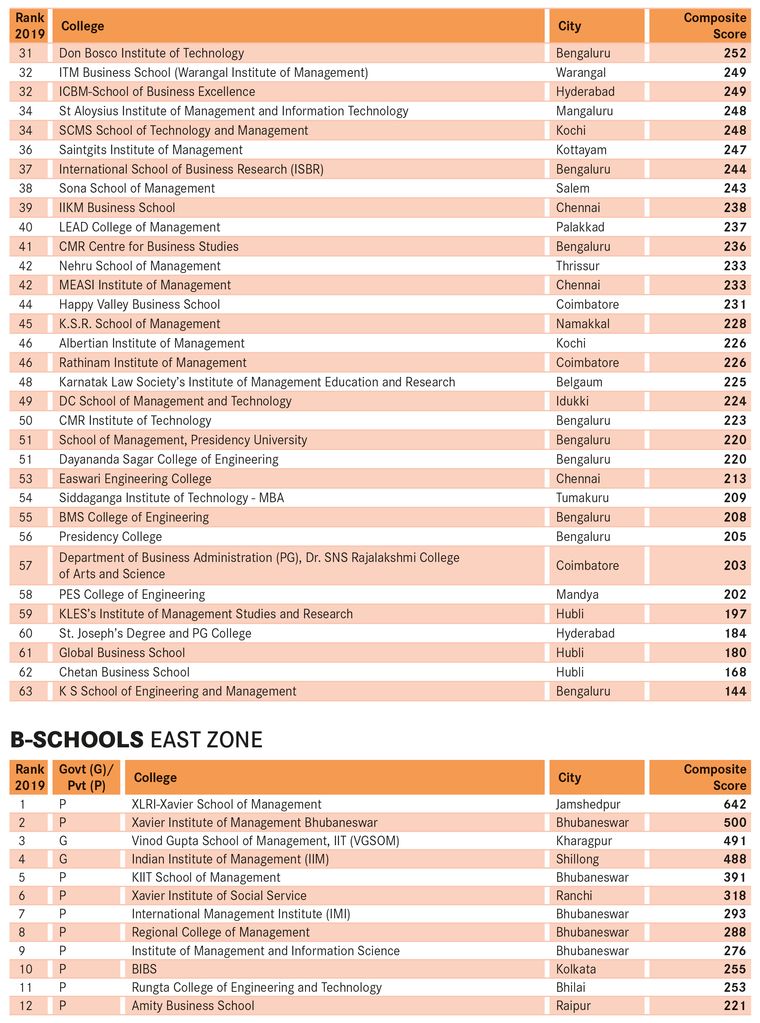 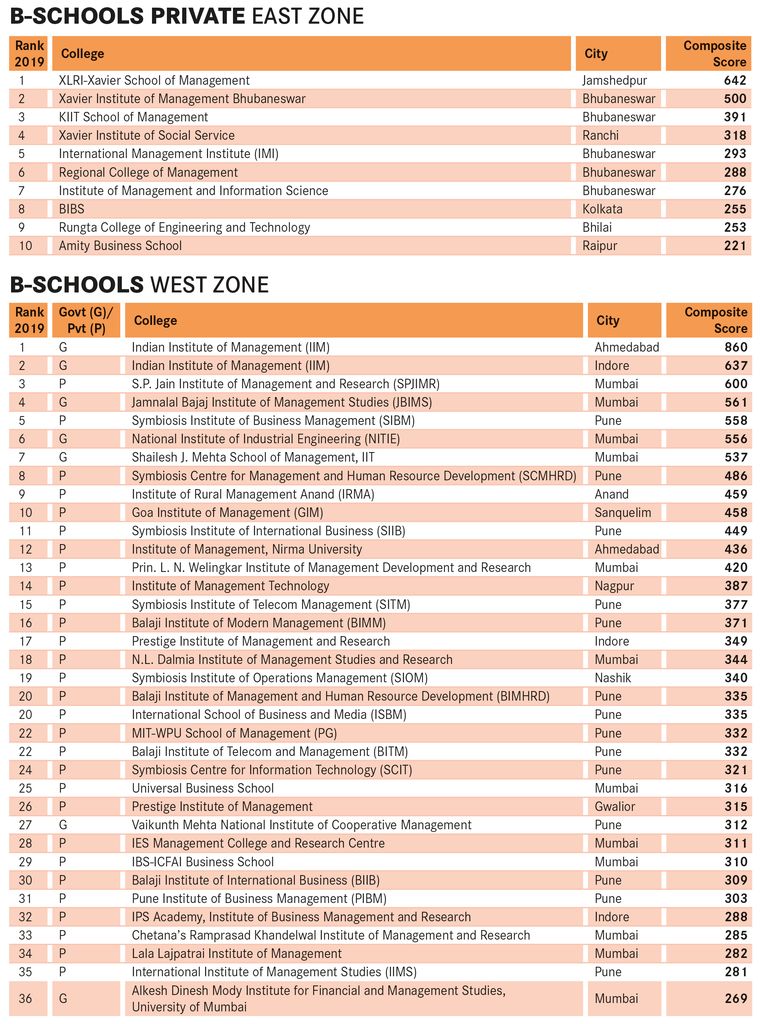 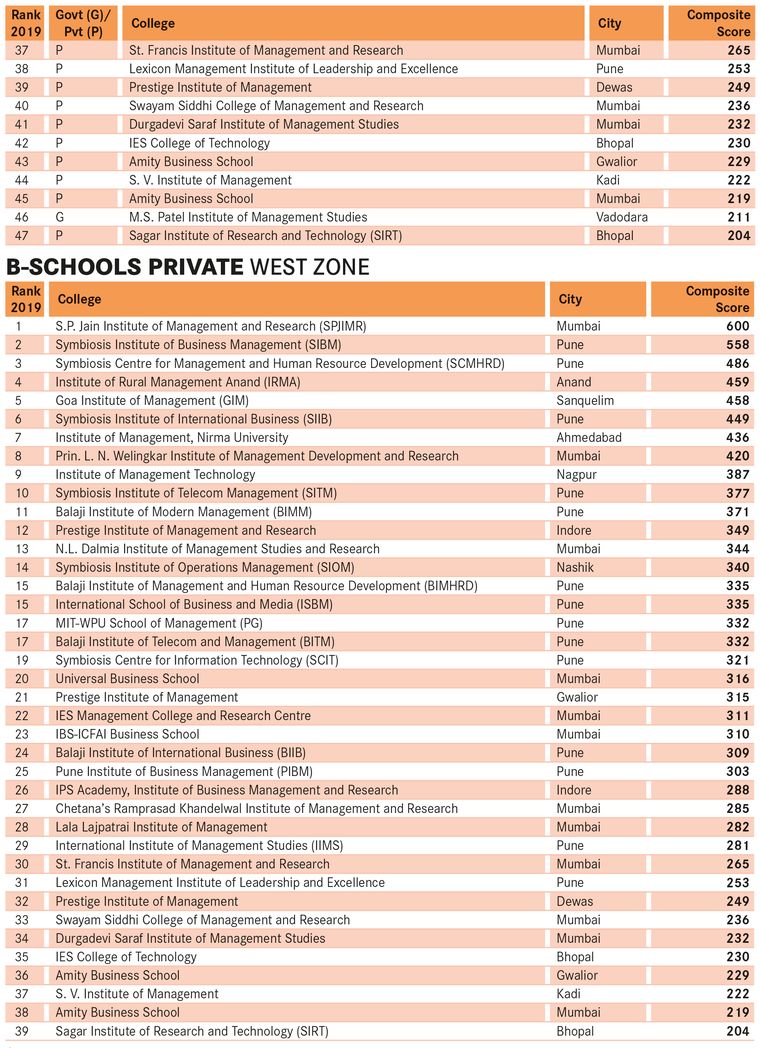 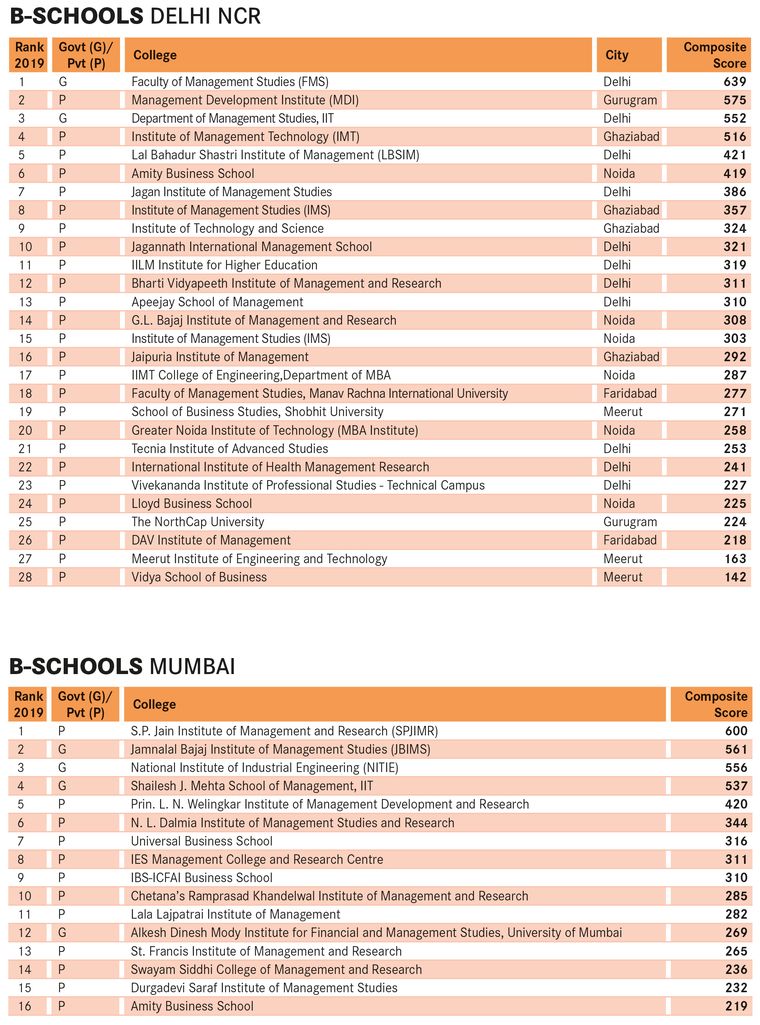 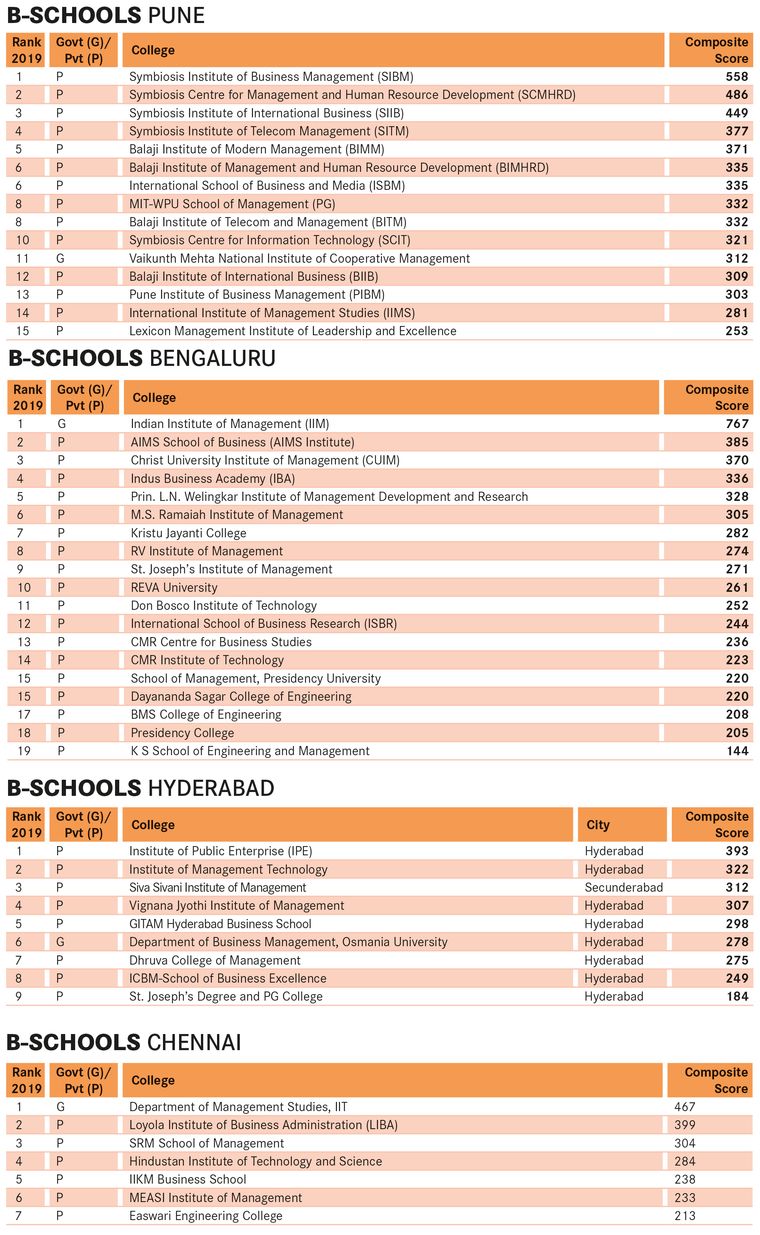 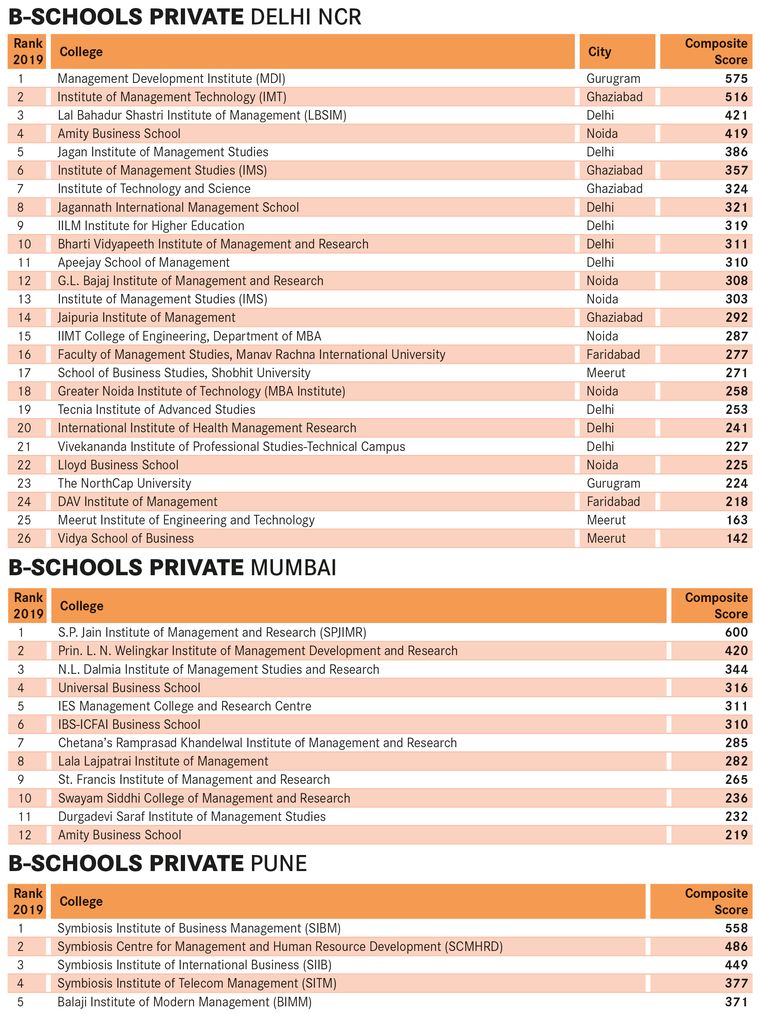 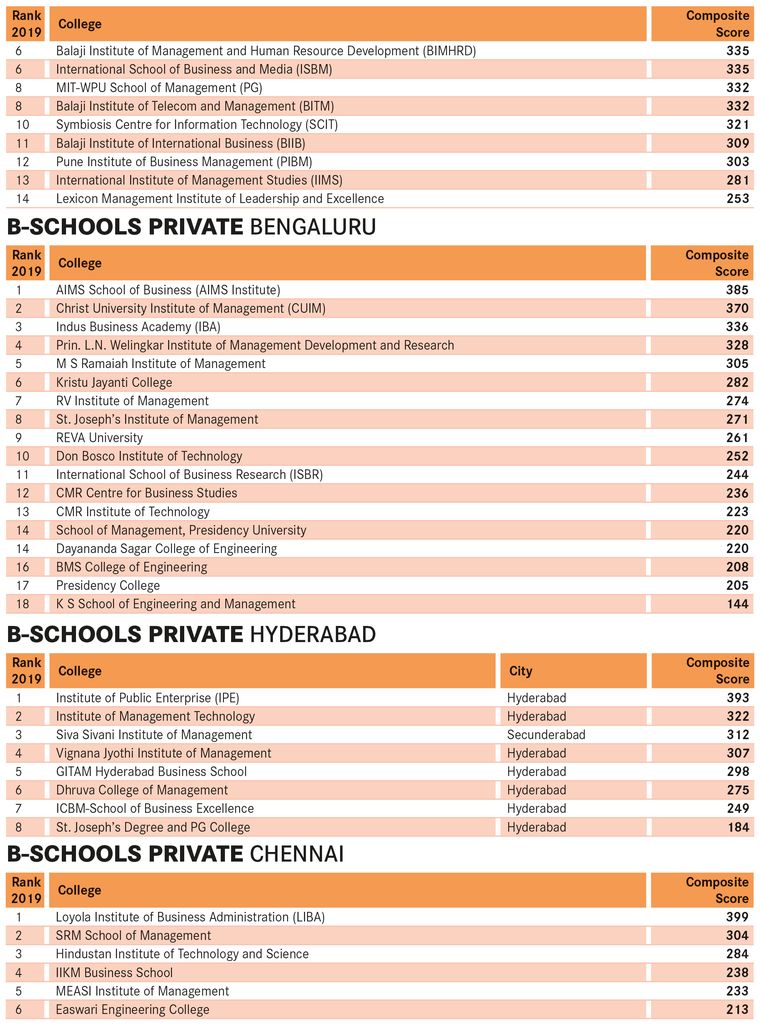