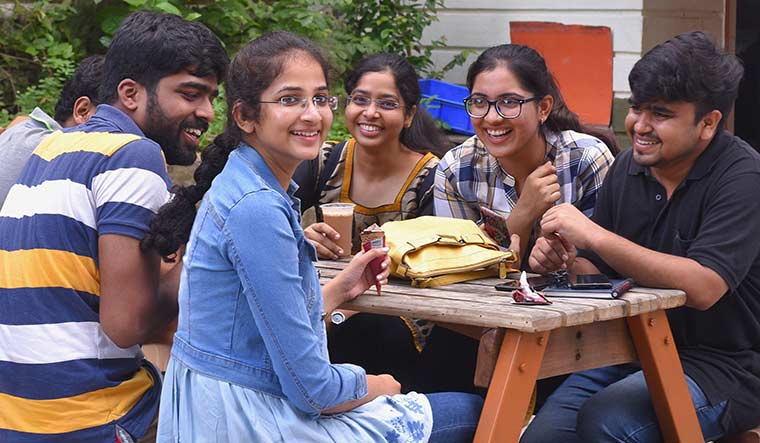 Towards balance: The number of female students per 100 male students has witnessed a steady increase in the past five years | Salil Bera

GENDER STEREOTYPING IN education has been for long a common practice in India. As a result, certain streams like mechanical engineering and business management have been dominated by male students. However, recent trends suggest that the scenario in management courses is changing fast. According to the latest data from the Union ministry of human resources development, the ratio of female students per 100 male students in MBA courses has seen a steady increase over the past five years. It was 58 in 2014-15, rising to 61 in 2015-16, 62 in 2016-17, 70 in 2017-18 and 75 in 2018-19.

This data is encouraging, when compared with other streams like bachelor of law, where it is 49 female students per 100 male students, and MTech, where it dropped from 64 per 100 in 2014-15 to 54 per 100 last year. At top B-schools like Indian Institute of Management Bangalore, 37 per cent of the students who have enrolled for its two-year full-time postgraduate programme this academic year are women. It is a similar scene at most other IIMs. Over 1,600 women have enrolled for the two-year programme at IIMs this year, compared with 1,350 last year.

At several other B-schools, too, women now make up 35 per cent to 45 per cent of the total student intake. However, the improved ratio in MBA is still low compared with several other streams. For instance, there were 106 females per 100 males in MBBS last year. In MA and MCom, the ratio was 180:100 and 179:100, respectively. “A large number of students who enter B-schools are engineers,” says Navin Yelamali, deputy manager of admissions at T.A. Pai Management Institute, Manipal. He adds that the adverse gender ratio in certain branches of engineering is a reason for fewer women applicants to B-schools. 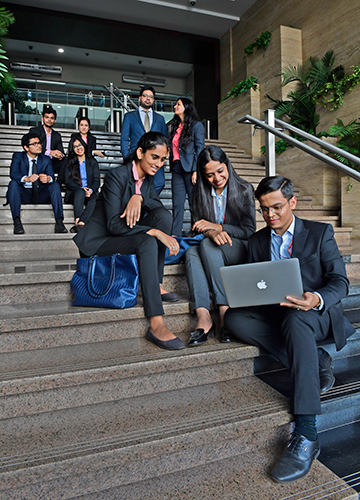 Onward and upward: Closing the gender gap in B-schools could contribute significantly to the nation’s growth | Amey Mansabdar

“In the recent past, women have made significant strides in narrowing the gender gap in applications,” says Yelamali. “There are important trends in programme options and career outcomes that provide some insight as to why women are deciding that now is the right time for them to pursue management education.” As per the Credit Suisse Gender 3000 report released in October this year, India saw an improvement in female representation in senior management over the last three years, from 6.9 per cent to 8.5 per cent. But this is still the third lowest in Asia Pacific. In terms of female representation on boards, India, at 15.2 per cent, is below the global average of 20.6 per cent.

“India is near the bottom of the rankings for female representation at senior management levels, and only marginally better than Japan and South Korea,” the report says. “Similarly, India has the third lowest rank in APAC (Asia Pacific) with regard to female CEO representation (2 per cent) as well as the second lowest rank for female CFO representation (1 per cent).” But, companies are increasingly adopting practices that could pave the way for more women employees to rise through the ranks.

At the Godrej Group, for instance, it is mandatory to evaluate a certain percentage of women candidates for every open position from the general managerial level upwards. “Depending on market availability, we made it mandatory to evaluate at least 20 per cent women for roles like sales and operations and at least 50 per cent women for roles like HR, marketing and strategy,” says Sumit Mitra, head, group HR and corporate services, Godrej Industries and Associate Companies. This also means that companies like Godrej now hire more women from B-school campuses than ever before. “Roughly 40 per cent of our internship batch is made up of women and we hire them for roles in sales and marketing, manufacturing and supply chain, HR, strategy and business development across our FMCG, real estate and agriculture businesses,” says Mitra.

The conglomerate also runs a Career 2.0 programme, which focuses on hiring women who have taken a break from work and are looking to return. Ranjan Banerjee, dean, S.P. Jain Institute of Management and Research, Mumbai, which has a programme for women returning from a career break, says: “In a patriarchal society, if there are two qualified people and somebody has to make the sacrifice at the time of marriage or the first child, then by default it is the woman. Irrespective of relative qualification. It is a societal issue.” He adds that there is research which suggests that if we could increase the percentage of women employed, India’s GDP growth would be in the double digits. “Because there is so much employment potential and so much talent that we are underutilising,” says Banerjee, and adds that all companies today are talking about gender ratios. “They want to have more women leaders,” he says.

The diversified Mahindra and Mahindra runs a Women Leaders Programme with an aim to create a pipeline of female leaders and “change agents” for the Mahindra Group. Due to specific targets and programmes, more women can now be seen on shop floors, breaking the myth that women would not fit in manufacturing roles. Several companies now have women-only assembly lines and production shifts. Opportunities for women in workplaces are only expected to rise and as companies look to enhance gender parity, that will mean more opportunities for female students in B-schools. 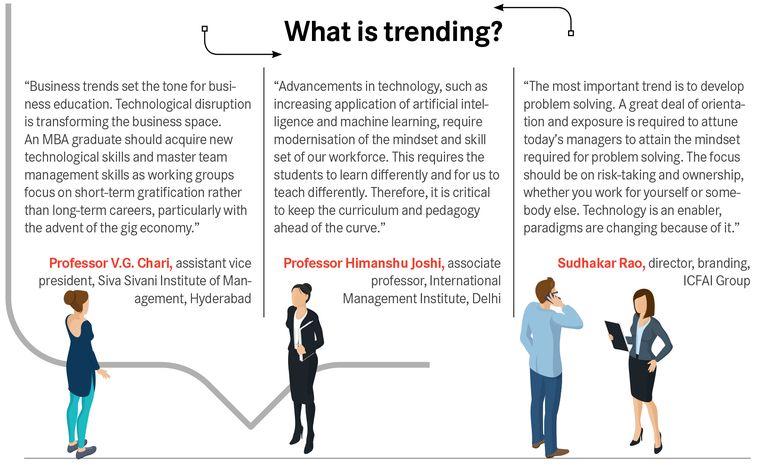 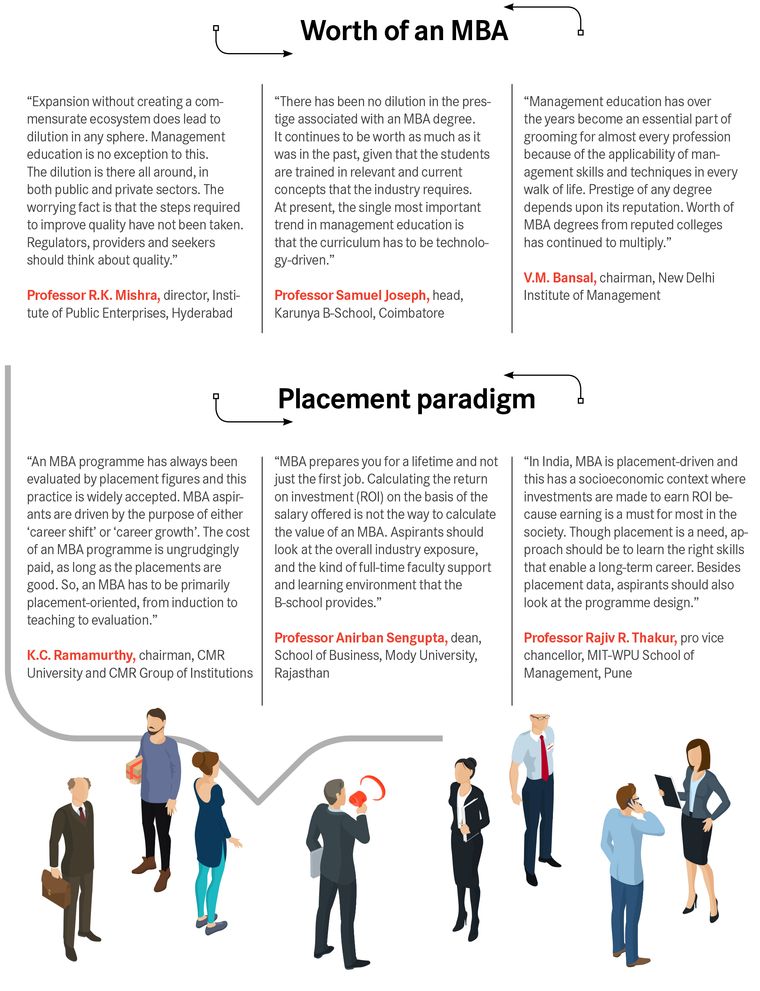