Business analytics: The next frontier 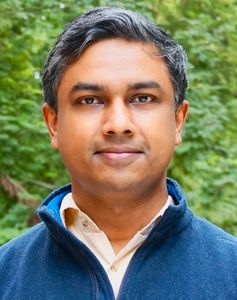 The chronology of modern management evolves as interwoven threads of narratives. To stitch together a compelling story, we will have to make some difficult choices. We can bundle technological innovations that fundamentally altered the way people produced, sold and consumed goods and services. Alternatively, we can examine how humans responded to these changes with newer relationships of ownership, control and division of tasks.

For instance, Alfred Chandler—pioneering chronicler of business and management—argued that modern management is marked by the advent of scale economies of the industrial revolution towards the end of the 19th century. Yet, his characterisation fails to sufficiently distinguish modern management from the practices of large joint-stock companies, like the Dutch East India Company that managed staggering global scale of operations as far back as the early 17th century.

Another persuasive narrative is based on how rational analysis, numeracy, and data has evolved to define modern management practice. We have found evidence of record-keeping, accounting, and numeracy of transactional data in the excavated ruins of the Indus Valley Civilisation. Since then, the proclivity of humans to collect more information about their surroundings to improve their odds against the unknown and the unpredictable has only accelerated. Today we are living in an era of exponential data generation and collection. Every year, we create almost as much new data as everything we have ever recorded since the dawn of civilisation. This frenzy is fuelled by our unprecedented ability to ingest and digest data, matched with extraordinary computational capabilities.

The pace and scale of this data revolution may seem daunting at first, yet closer inspection paints a rather sombre picture. According to Cisco, more than 75 per cent of internet traffic in the US today is just people watching videos. Moreover, the bulk of data that is ambitiously collected with purpose and intent, at the cost of millions of dollars, just sits idle in the arctic cold-storage data-warehouses of the Googles and Amazons of the world.

It is in this context that we witness the emergence of a new discipline—data science—and a new profession—the data analyst. Organisations and businesses, being both generators and consumers of a great deal of data, have been keen to catch up. It is not surprising then that business schools are witnessing an acute demand for training the next generation of managers to make sense of data, especially with a sharp sense of application to the management and business context. Today’s manager is not just expected to keep pace with the state-of-the-art tools and techniques, but is also required to be well-versed in matters of ethics, compliance and privacy concerns at the core of public and corporate data.

B-schools in India, too, are responding fast to this demand. On one end of this spectrum, there are courses with a heavy emphasis on data science to develop disciplinary specialisation and vertical career progression opportunities as data experts. On the other end, there are courses predominantly based on the traditional MBA curriculum but with an icing of data familiarity and general application.

The postgraduate programme in advanced business analytics, newly designed by the Indian Institute of Management Ahmedabad, treads a careful middle path. Going forward, a market-responsive curriculum combined with hands-on familiarity with industry-ready applications will be critical to training the next generation of managers to take on the challenges of the fast evolving world of data-driven decision making.

The writer is assistant professor at IIM Ahmedabad in the area of business policy, and chair of the JSW School of Public Policy, IIMA.