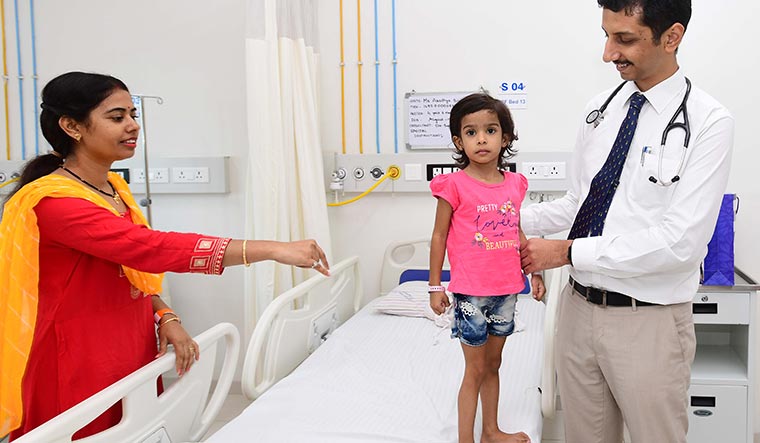 IN JUNE 2018, a few months before her fifth birthday, Dhanashree Mujmule got a new heart. The old one, her own, had become “swollen and useless”, after bringing her dangerously close to death. Within a month of her admission at Fortis Hospital Mulund, the little girl from Jalna, Maharashtra, got a donor heart from Aurangabad. It belonged to a 13-year-old boy who was declared brain dead after a road accident.

Daughter of Krishna Mujmule, a farmer, Dhanashree was diagnosed with dilated cardiomyopathy—a condition in which the heart’s ability to pump blood is decreased because its main pumping chamber, the left ventricle, is enlarged and weakened. “The girl had swelling all over her body and was barely able to breathe,” says Dr Anvay Mulay, the cardio-thoracic and vascular surgeon who operated on Dhanashree. “Her heart had become like that of a 40-year-old’s and unresponsive to medication. The only option we were left with was heart transplant.”

The team overcame its first challenge when it got a donor heart soon enough. “We had to make sure that the new heart did not bring with it the problem of high blood pressure,” says Mulay.

The collaboration between the organisations that helped fund the surgery was another aspect which worked in Dhanashree’s favour. “She was lucky as she had both—a donor and the money—in place,” says Mulay. “But there are many other patients who die because of various reasons that can be completely prevented.”

The area of paediatric heart transplants has remained extremely tricky in India, say experts. It all begins with the fight to find suitable donors for young patients. In paediatric heart transplants, the weight of the patient is very important in finding a suitable donor. For instance, a recipient child who weighs 10kg can be matched only with a donor weighing 15 to 18kg, neither lighter nor heavier. So the pool of paediatric donors is quite small and restricted, as paediatric donors available for that weight at a given point may be very less.

The second challenge, say doctors, is financing the treatment. The expenditure incurred by a family in the consumption of medicines post the transplant is anywhere around Rs13,000 per month and those medicines have to be compulsorily taken throughout one’s lifetime, says Mulay. “From 2016 to 2019, only 18 of the 27 patients referred to us for heart transplants in the paediatric age group have survived,” Mulay adds. “The others died either because they failed to follow up due to lack of finances or because they could not get a heart in time. Paediatric heart transplants for congenital heart defects (heart defects present from birth) came quite late in India. In Mumbai, for instance, we began doing it only in 2016—almost 46 years after the world started doing it.” 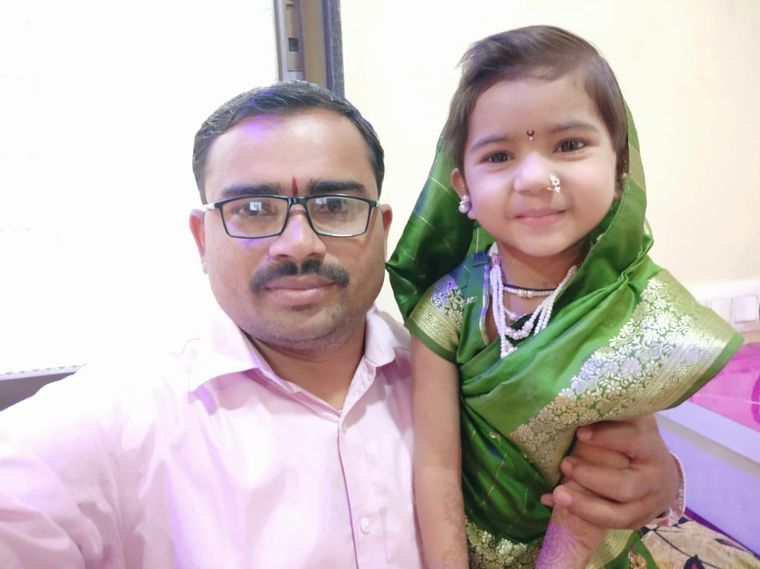 According to Dr Koneti Nageswara Rao, paediatric cardiologist at Rainbow Children’s Heart Institute, Bengaluru, a lack of micro elements and nutritional deficiencies, including vitamins such as folic acid, B12 and vitamin D during the embryo-foetus genesis leads to serious congenital heart defects. He adds that babies born to those below 21 or married to a blood relative, or those babies whose parents are exposed to excessive smoking—be it active or passive—have high probability for congenital heart defects.

The spectrum of heart disease in children is very different from that in adults. In the paediatric age group, congenital heart diseases (CHDs) constitute the majority of cardiac diseases, while acquired heart diseases—those which appear in childhood, adolescence or later—constitute a smaller but still significant disease burden, says Dr Supratim Sen, Narayana Health-SRCC Children’s Hospital, Mumbai. “CHD is the most frequently occurring congenital disorder, responsible for 28 per cent of all congenital birth defects,” he says. “The birth prevalence of CHD is reported to be eight to 12 per 1,000 live births. Considering birth prevalence as 9 out of 1,000, the estimated number of children born with CHD every year in India is approximately 2,40,000, of whom, about one-fifth would need early intervention to survive the first year of life. A large pool of older infants and children who may have survived despite no intervention add to the burden of CHD.”

More than 60 tertiary paediatric cardiac care programmes have been established in India over the last decade. Ten of these can be considered high volume centres (more than 500 cardiac surgeries per year). Approximately 27,000 patients with CHD underwent cardiac surgery during 2016-2017. Among them, about 9,700 patients were infants (less than one year), and about 1,700 were neonates (less than one month). 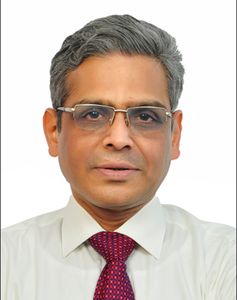 Considering the birth prevalence of serious CHD (requiring intervention in first year of life) as 1.6 per 1,000 live births, about 43,000 babies are born in India every year with serious CHD, of which only about one-fourth seem to be receiving optimal cardiac care.

The numbers are further corroborated by Dr Krishna Kumar, clinical professor and head of the department of paediatric cardiology at Amrita Institute of Medical Sciences and Research Centre, Kochi. “The burden of paediatric heart disease in India is likely to be the largest among all nations in the world simply because of the fact that there are more children born in India than anywhere else,” he says. “One in 120 children are born with congenital heart diseases as of today.

“While the incidence and prevalence of CHD at birth has possibly remained static in India over the past few decades, treatment availability and awareness has markedly improved in the last ten years,” says Kumar. “Consequently, as more infants and toddlers are evaluated for a suspicion of CHD, more patients are diagnosed at the correct time.”

However, despite the advancements in paediatric cardiac care in select institutions, the collective capacity for paediatric heart care in the country falls woefully short of the overall national requirements, and the existing centres are not distributed in accordance with regional needs, says a doctor from All India Institute of Medical Sciences, Delhi, who does not want to be named. “If we look beyond the nutrition-related diseases and pneumonia, then a big chunk of mortality among children comes from heart diseases,” she adds. “The problem is that the facility to operate on neonates is extremely limited in India. Infant and newborn open-heart surgeries are the most resource-intensive endeavours in medicine, which require the concerted efforts of numerous specialists. There is a huge discrepancy between the numbers we need to treat and the numbers we are treating. For instance, there is only one paediatric cardiologist across the states of Uttar Pradesh and Bihar together. He sits in Aligarh.

“The other big problem is that paediatric cardiac surgery, which essentially treats congenital heart defects, is not a lucrative specialisation after a doctor completes his or her masters. Also the field requires a high-end setup in place, which is possible only in big hospitals. In most hospitals, the same surgeon operates on adults and neonates, despite the fact that the speciality in both cases is entirely different. We hardly have about 20 surgeons across the country who are dedicated paediatric cardiac surgeons.” 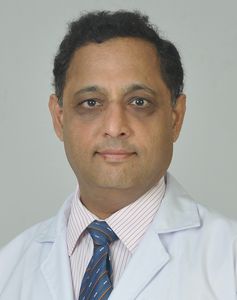 Interestingly, Kerala is an exception with its award-winning Hridyam project, an initiative by the state government to support children with CHD. The project operates by way of a web-based registry for CHD cases on which anybody can register a child with heart problems, and, then, depending on the nature of the problem (emergency or not), surgeries are recommend and directed to one of the empanelled hospitals.

Given the current challenges, universal coverage for children with heart disease in India may appear like a distant dream. India has a long way to go to ensure that every child born with congenital heart disease has access to comprehensive paediatric cardiac care.