At no point were the Kiwis the second best: Dean Jones

Both Mr Singh and Mr Kumar have Rs 2,000. However, Mr Singh is declared richer 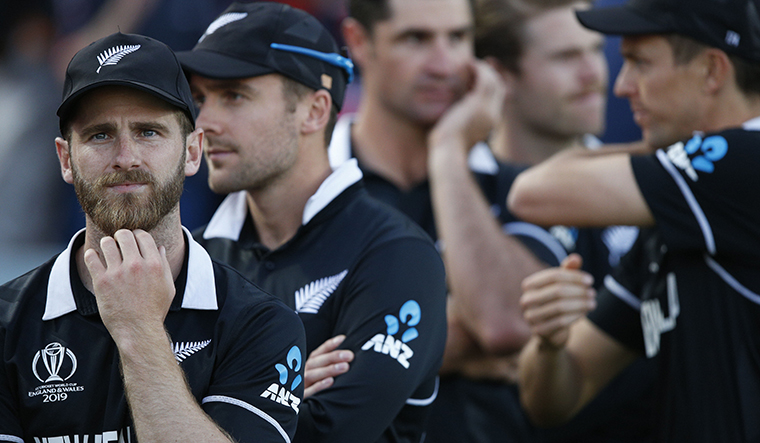 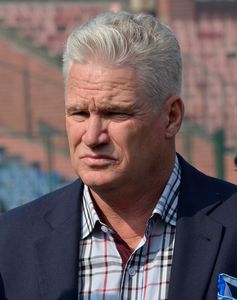 Both Mr Singh and Mr Kumar have Rs 2,000. However, Mr Singh is declared richer because he has more notes in comparison with Mr Kumar, who has the solitary pink one of that denomination. The memes and jokes will not soften the blow of what was a terrible denouement to the best-ever final in World Cup history. When Jos Buttler broke the stumps to achieve England’s long-held dream of lifting cricket’s biggest prize, the margin of victory was ‘greater number of boundaries’. England has been the best side in one-day cricket for the last two to three years, but on the day New Zealand was their equal—in scores, in passion and in meriting a part of the silverware.

Neither the match nor the Super Over could separate the teams, so was more boundaries the best solution that the ICC could come up with to find a winner? New Zealand lost the cup to the most bizarre rule—a rule that will be debated for a long time to come.

If I were to suggest a rule, I would have suggested a second Super Over where a different bowler and different batsmen would figure. That would give a match as important as the finals a more fair and acceptable chance at finding a champion. If a second Super Over is deemed a bad idea, the two teams could have been declared joint champions.

What makes it even harder for New Zealand is the fact that it was not the only bit of appallingly bad luck that the team faced. Simon Taufel, regarded as the best umpire in his time, was correct in pointing out that an extra run was awarded to England when the ball ricocheted off Ben Stokes’s bat. While most experts are stressing on the extra run, there is another aspect to what followed the umpire’s decision to award six runs. The batsman had not crossed when the fielder had released the ball in the outfield and Adil Rashid should have been made to face the next ball after five runs had been awarded to England. Who knows what would have happened next? Trent Boult would have fancied his chances against Rashid but then, who knows, an edge could have gone to the boundary. However, the extra run and having Stokes on strike is what England would have liked and that was the start of a run of play that worked in the host team’s favour.

Umpiring has not been of the highest standard across the tournament and it was a bit baffling that an unprecedented situation like the one caused by the ricochet going to the boundary was not referred to the third umpire. This is not the first time umpires have been less than impressive in a World Cup final. The Duckworth-Lewis and light issues of the 2007 Australia vs Sri Lanka final are still fresh in one’s mind.

While all the focus is on the finals, I felt there were problems in the structure of the tournament. I loved the fact that all teams played each other in a round-robin league system. However, the semifinals that followed the league stage should have been play-offs where the top two teams got two chances to make the finals, as is the case in the Indian Premier League. It was difficult to see the Indians and Australians exiting the tournament without a second chance after having played so well in the league stage.

At the end of the tournament, one’s heart goes out to Kane Williamson and his men. They did everything they could possibly do to win the tournament. At no point were they second best in the match. They lost fewer wickets than England to reach 241. They scored as many as England did in the Super Over, and finally it seemed like a cruel technicality was used for the sake of finding a winner. A country with a population that is less than a third of Delhi’s consistently produces ace cricketers when cricket is not even their number one sport. Add to this their conduct, their cricket and the grace they bring to the game and you will realise that the Black Caps are a special lot. They may not admit to it in public, but Stokes’s New Zealand antecedents must make the blow even harder.

And what of England, the newly anointed champions of the world? I feel for them, too. Their victory is somewhat diminished by the manner of the win. They were undoubtedly the favourites going into the tournament, but the final saw them face a team that simply played exactly as well as they did.

What does one do to prevent such a shambolic situation again? Get five to eight of the best cricket minds to sit in a room. They must thrash out the rules, discuss every exigency, work out every possible result and eliminate as many ‘what-ifs’ as possible.

So what did it finally take for England to win the Cup? As every Australian will let you know: One Irishman, two Pakistanis, a South African, one New Zealander and a quickly rushed-in West Indian. And a huge slice of luck.