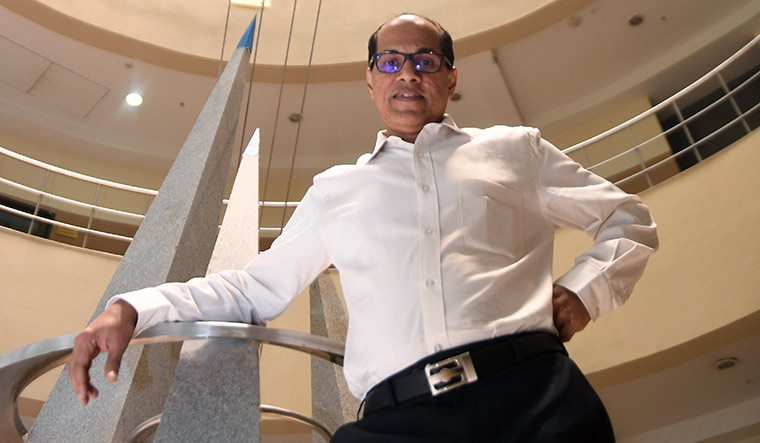 The headquarters of Antrix Corporation Ltd in Bengaluru is impressively lush. Tall trees surround the circular building, and the canopy of green makes for a lovely view from the huge office of Rakesh Sasibhushan, Antrix’s chairman and managing director. The premises are not heavily guarded, unlike the nearby headquarters of Antrix’s parent company, the Indian Space Research Organisation. “We need to make it easily accessible for businesses and people, as we are [ISRO’s] commercial arm,” says Sasibhushan. “We aim to do business and get customers.”

Antrix has 84 clients in the communications field, including Airtel DTH, Tata Sky and Sun Network. It has only 20 people on its rolls, and had a turnover of 02,039.33 crore in 2017-18. (Last year’s results are yet to be announced.)

The revenue is impressive, but not substantial. Antrix, which focuses on satellite launch services for its customers, has achieved only a fraction of what global players such as SpaceX and OneWeb have pulled in. “A lot of work needs to be done for Indian companies to play a meaningful role in the world market,” Sasibhushan tells THE WEEK. “Seventy to 80 per cent revenue in the space market comes from satellite services. Today, India’s share in the global space market is less than 7 per cent. Though India is a major space-faring nation, we do not have private players who can design and build space systems.”

Policymakers have not kept pace with the growing demand for space-based services in India. “Indian companies that are willing to invest in technology will be able to do well in the growing space ecosystem and eventually help India garner a fair share in the global market,” says Sasibhushan. “But, the growth of this segment in India is stifled by the lack of clarity in the regulatory framework and [ISRO’s] reluctance to share critical technologies.”

Growing demand, reduced costs and emerging technologies have brought the global space industry to an inflection point. “Satellite services, which command 90 per cent of industry revenues, are seeing a shift from a one-off satellite that serves a particular region, to global constellations,” he says. “Companies like OneWeb, SpaceX and Boeing have already announced communication constellations involving thousands of satellites. The global space industry is valued at around $360 billion today. Morgan Stanley has predicted that the revenues will pass the trillion-dollar mark by 2040.”

According to Sasibhushan, this calls for a clearer regulatory framework. “The much-awaited Space Activities Bill would be presented soon. This is expected to bring much-needed clarity, and encourage investment firms and venture capitalists to actively engage with space companies. That is why Antrix had mooted the transfer of small-satellite and small-launcher technologies to the Indian industry. These initiatives, together with the growing demand in space-based services, should usher in a revolution and improve India’s global footprint,” says Sasibhushan.

Skyroot Aerospace, a Hyderabad-based private space company, is building India’s first private orbital launch vehicles. ‘Vikram’, the first such vehicle, will be launched in 2021. It is capable of putting up satellites that weigh less than 300kg in low earth orbit (altitudes of up to 2,000km).

“We are also working on bigger launch vehicles,” says Pawan Kumar Chandana, Skyroot’s cofounder and chief executive officer. “Indian companies have an inherent advantage because of lower costs. We need private launch companies to come up and receive all required support from the government—like utilising government facilities and infrastructure. I think India needs at least one big launch vehicle with the capability of launching more than six tonnes to geostationary orbit; [a vehicle] built with public-private partnership, like SpaceX’s Falcon-9.”

Bengaluru-based Astrome Technologies plans to utilise the great market potential. “Just in the satellite communication market, there is a revenue potential of $1.7 billion a year,” says Neha Satak, Astrome’s chief executive officer. “This market will be driven by developing countries and marine and airline industries. We are bringing down the cost of satellite internet infrastructure by more than 10 per cent. The idea is to make satellite connectivity more accessible and expand the $1.7 billion market even further.”

The deep pockets of SpaceX and OneWeb pose a big challenge to Indian companies. “For Indian companies to do better business, the regulations need to be on the side of the companies,” says Satak. “This is the number one condition for space companies in India to have access to capital.”

Narayan Prasad, cofounder and chief operations officer of Satsearch, which has partnered with Antrix to promote Indian space capabilities in the international market, says India can claim a larger share of the world’s space industry market. “The problem in India is that companies are mostly reliant on ISRO to be their customer. At the same time, ISRO is very slow in transferring the necessary knowhow for companies to build end-to-end systems by themselves. This is one reason why you don’t see Indian companies competing globally in building satellites or rockets,” he says.

India’s new Defence Space Agency could be a boon. It could boost the domestic market by facilitating bigger investments and greater opportunities—like allowing Indian companies to cater to the technology requirements of the armed forces. “Through this, Indian companies could design, develop, manufacture, operate and provide services, all by themselves,” says Prasad. “This will allow them to take advantage of the low operating and infrastructure costs in India, and help them start competing globally.” 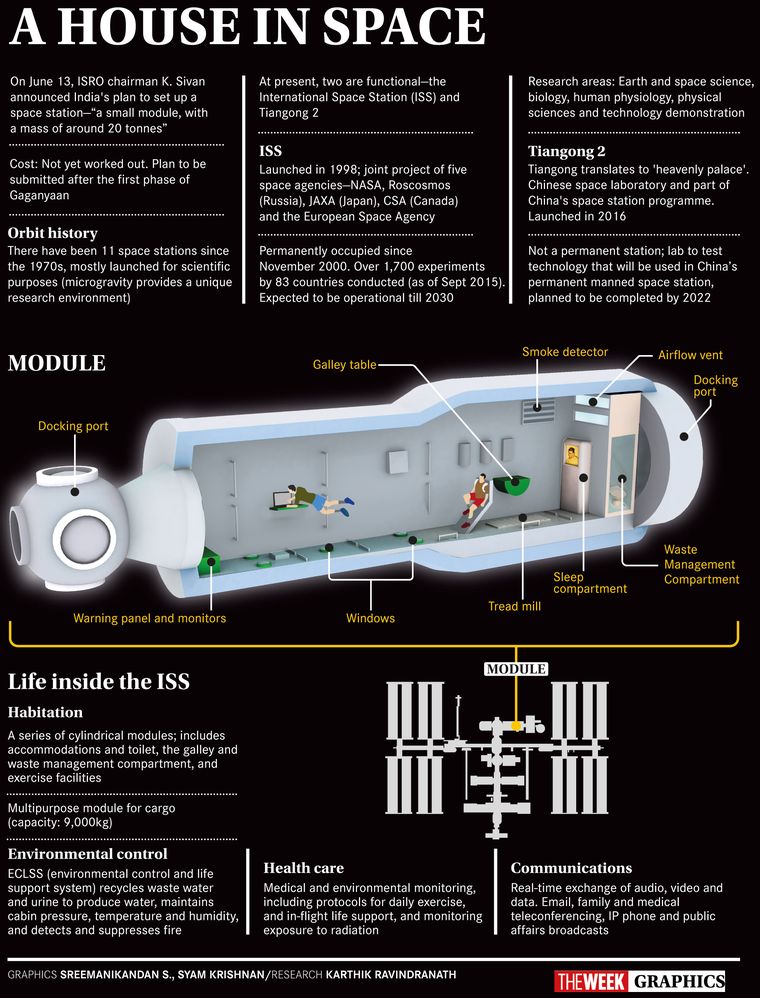