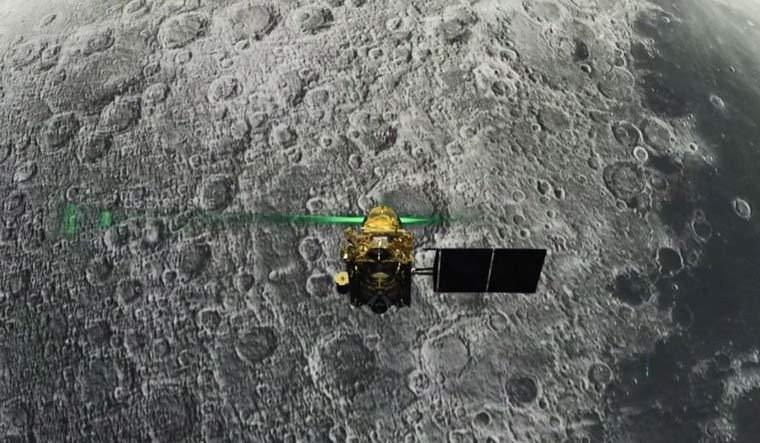 On September 7, the whole country watched with trepidation as the ISRO prepared for the "soft-landing" of Chandrayaan-2's Vikram lander on the south pole of the moon. However, dashing all expectations, Vikram, with rover 'Pragyan' housed inside it, hit the lunar surface after communication with the ground-stations was lost during its final descent, just 2.1km above the surface. Since then, the space agency has been trying to re-establish link with the lander, which, after a hard landing, lay tilted on the surface of the moon. ISRO Chairman K. Sivan had then said that they would try to restore link with the lander for 14 days.

Why 14 days? September 7 was the beginning of a lunar day—equal to 14 earth days— and the mission life of the lander and rover is one lunar day. After the lunar day ends, around September 21, the part of the moon where Vikram landed would be shrouded in darkness, rendering the solar-powered batteries of the lander obsolete. Communication is thus likely to be cut off.

The space agency had received support from the entire nation, despite it losing communication with the lander ahead of the touchdown, with people from all walks of life praising ISRO and its scientists for the achievement.

Prime Minister Modi, who had flown down to Bengaluru to watch the planned touchdown of Vikram, had told ISRO scientists not to get dejected and disheartened and said the country was proud of them.

"I see disappointment on your faces. No need to get dejected. We have learnt a lot," Modi had said.

"These are moments to be courageous, and courageous we will be! We remain hopeful and will continue working hard on our space programme", he had said.

On September 8, ISRO said the lander was spotted on the lunar surface by camera on-board of the Chandrayaan-2 orbiter.

The space agency after losing contact with the lander had said that till date, 90 to 95 per cent of the Chandrayaan-2 mission objectives have been accomplished and it would continue contribute to Lunar science, notwithstanding the loss of communication with the Lander.

It had also noted that the precise launch and mission management has ensured a long life of almost seven years instead of the planned one year for the orbiter.