For all the hype, Dhanush has too little screen space 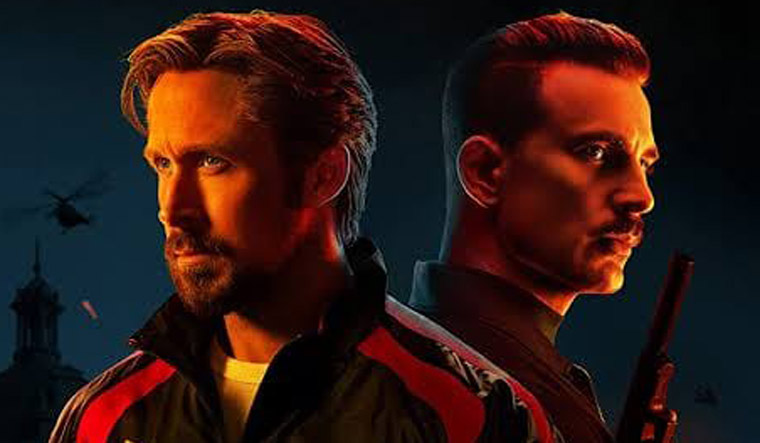 Russo Brothers are good at popcorn entertainment. The Marvel flicks they helmed and the Chris Hemsworth-starrer Extraction were eminently enjoyable as they served just what you ordered—lots of fun. Anthony and Joe Russo have teamed up again with their Marvel collaborators Christopher Markus and Stephen McFeely to deliver yet another actioner. The Gray Man, starring Ryan Gosling, Chris Evans, Ana de Armas, Billy Bob Thornton and Dhanush is just what you expect it to be—a mindless and forgettable entertainer, less satisfying than Extraction.

Based on 2009 novel by Mark Greaney—which does seem to have enough material for the Russo Brothers to do their thing, ie. make a franchise out of it— The Gray Man gives you enough deja vu, if you are a fan of the genre. A wronged, and of course nearly indestructible CIA black ops mercenary on the run, an equally skilled henchman going after him with the backing of authorities who have a secret to bury is the staple of dime a dozen action thrillers. There are a few revelations, deceptions, unmasking, twists and turns that are the genre cliches in such affairs. The Gray Man stacks all these tropes and cliches, even as bullets fly and baddies drop dead across different parts of the world.

Gosling is the titular 'The Gray Man' Court Gentry, now known as Sierra Six, a criminal-turned-CIA-operative-turned fugitive. When he realises that the last target that he was sent to kill was a former agent him, an expendable, off-the book mercenary, and gets possession of a secret document that would exposes his handlers, Six goes on the run. Denny Carmichael (Regé-Jean Page) who is at risk because of the document that Six got his hands on, sends Lloyd Hansen, a Anton Chigurh-isque ex-CIA agent who is now a private mercenary. With the help of another agent, Ana de Armas's Dani Miranda, Six takes Hansen and all of his henchmen out, with guns, knives, IEDs and bare-knuckles, even as he manages to save a little girl who is close to his heart.

Much like Extraction, The Gray Man offers relentless, over-the-top action, that switches between cities every five minutes. It is hard to keep track of the cities that Six and those pursuing him travel to as the director rushes through the plot, but that barely matters because Russo Brothers throw at you enough action pieces to keep you moderately engaged. It appears the directors are yet to get over their Marvel days as the scale of action and the destruction that follows rival that of the Marvel flicks. The mayhem is such that at times you wonder if while flying across countries, Six and Miranda landed in an MCU city.

The biggest selling point of The Gray Man, apart from its leading men, is the action. While the movie can boast of one of the finest shootout sequences in recent times, it falters in close combat sequences, much of this because they are shot in the dark. The two most anticipated standoffs, between Dhanush’s Lone Wolf and Six, and between Hansen and Six are shot in the dark, taking away much of the fun.

Gosling’s Six does have an origin story—a sine qua non when it comes to creating heroes for a franchise. He is a tormented man, as most heroes in this genre tends to be, and of course a do-gooder. The star is no stranger to playing tormented characters (Drive, Only God Forgives), but the directors hardly spends time to explore his persona, as Six is more focused on ruthlessly eliminating those who come after him, while of course being the guardian angel for a little girl, la Leon way. Gosling sleepwalks through a role that does not demand much from him, except to kick ass, and he does this with much finesse.

Evans as Hansen appears to be a cross-over between Anton Chigurh and Hans Landa of Inglourious Basterds, a moral-less anti-hero, who enjoys torture and a good (human) hunt. While there is nothing more to the character of Hansen, except that he is a monster on edge, with madness for method, Evens seems to have a ball playing the all-out baddie for a welcome change.

Dhanush's mysterious “Tamil” assassin with a tiny bit of moral code waltz into action late into the proceedings. His Lone Wolf does not quite get a character arc that the Russo Brothers offered to Randeep Hooda's Saju in Extraction, but the actor is a delight to watch in the action scenes where he is pitted against Gosling and Armas. The actor may not have gotten as much screen-time as his fans would want him to, but there is enough scope for the character to be part of the franchise, if there ever is going to be one.

Ana de Armas shines looks lethal and excels in taking out baddies with equal ease as Gosling. Veterans Billy Bob Thornton and Alfre Woodard do not add much to the action, and Regé-Jean Page's Denny Carmichael is the textbook scheming villain who could also be part of a sequel.

The plot is familiar, the characters barely have anything new to tell, and the banter that you expect such a multi-starrer action flick to have is hardly entertaining. However, if you are in the mood for a no-brainer with some good-looking men and women battling it out like there is no tomorrow, The Gray Man might entertain you.