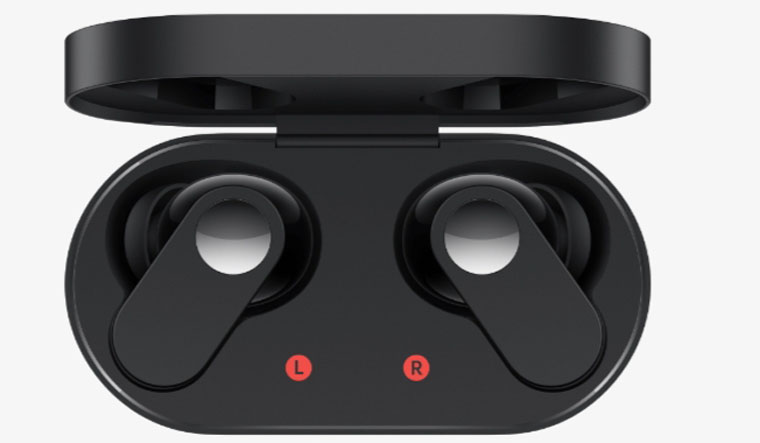 Slowly but steadily, OnePlus has been making its mark in the audio space. The Nord Buds starts the company’s Nord sub-brand’s journey into the budget audio products. With a price tag of Rs 2,799, let’s try and see whether this OnePlus offering delivers or not.

The OnePlus Nord Buds come in Black and White colour options. The charging case, a matte-finish plastic case, is slightly bigger than the usual charging cases we see for wireless buds, but still pocketable. The case has a USB type- C port as well as a pairing button on the back. There is OnePlus branding on the top of the lid, an LED on the front, and that’s about it. With Fast Pair support, compatible devices from the likes of OnePlus and Realme pair even quicker. Opening the lid, the buds are neatly placed and marked left and right, too. The Buds fit well and did not shift or creek or anything as such when placed and carried inside the case.

The Buds themselves follow a stem design, a bit flat-ish. Tap them once for pause or resume, twice for going to the next track, and thrice for going back to the previous track. You can also set these taps to something like starting a voice assistant. The tapping can be a little unreliable as it can be a little hard to know whether the tap got registered or not. Plus, the tap mechanism doesn’t exactly make it wearing the buds comfortable. Just pressing it once, though, is fine. The Buds aren’t the most comfortable to wear always, you should try the silicone ear tips from the box that suits your ear (three sizes included), changing the ear tips certainly helped a little, especially when worn for long durations.

As soon as you open the lid, the Nord Buds can be paired with a new device by pressing the pairing button (shows white light). After pairing up, the settings under bluetooth show you codec and EQ options, at least on several android devices, otherwise you would have to use the 'Hey Melody' app, which isn’t available on iOS for this pair.

The Buds have 12.4mm drivers, come with Bluetooth 5.2, and support audio codecs AAC and SBC. There’s Dolby Atomos support too, but it’s restricted to be used with only certain OnePlus smartphones. The audio quality on the pair is really nice and satisfactory considering the price range. OnePlus doesn’t shy away from making it heavier on the bass side, which we have already seen from their Wireless Bullets series. Bass isn’t exactly very clean, though. It does a good job handling dialogues and vocals when watching series or movies, but treble in audio tracks can be a little compromised. Otherwise, they do a pretty good job of handling several genres while being bass-heavy, including for multimedia usage where it doesn’t seem to be there is too much of a lag.

There are pre-defined EQ presets that you might want to check and select based on your taste and consumption. For calls, the Nord Buds don’t have anything to complain about. The background isn’t often too high, mostly thanks to the 4-mic setup. Your voice is handled well enough for calls taken outdoors or indoors. There’s no active noise cancellation, but, ambient noise gets cut a little passively; it’s nothing much to write about.

The Nord Buds lasted about 6.6-5 hours on a single charge and around 26-27 hours more when the charging case is included, which is not bad at all, and not very far from what the company claims.

All in all, the OnePlus Nord Buds do a more-than-satisfactory job given their price tag. They sound good, are dust and water-resistant (IP55 rating), it showed no connectivity glitches, though not the most comfortable pair OnePlus has ever created. If you’re looking for a budget pair of wireless buds with a use-case of a lot of multimedia and calls on the go, then the OnePlus Nord Buds can be one of your choices, just make sure you try different ear tips and EQs for your comfort and preferences.