K.P. Fabian looks at histories of Arab world and what happened in each revolution 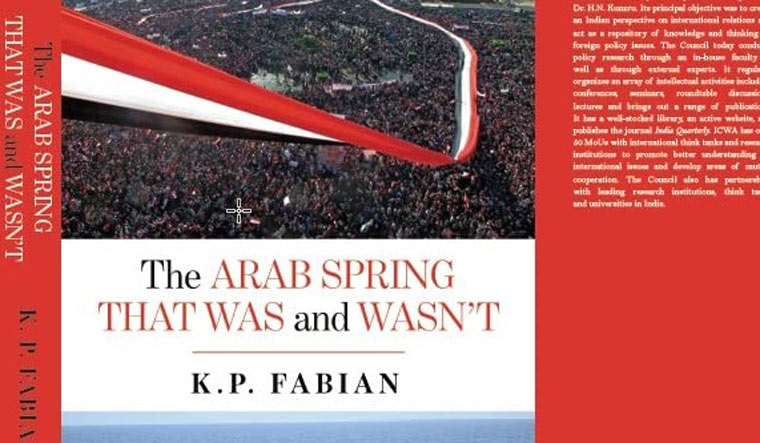 This was a historical event during our own lifetime. The Arab Spring, as the Western media called it, was a wave of people's movements in 2011, which started in Tunisia, and swept across the Arab world—Middle East and North Africa (MENA). The uprisings against their respective governments toppled an old guard of leaders like Ben Ali, Hosni Mubarak and Muammar Gaddafi. It was seen as a wave of democracy sweeping through the Saharan and Arabian deserts.

Though most consumers of news read about the big developments like the toppling of leaders, storming of presidential palaces, and the exodus of expatriates and citizens from these prosperous economies, most have little idea of the genesis of these uprisings. And with the interest having waned after the first news dispatches, many of us today do not even know what a regime change meant in these countries.

K.P. Fabian, a former officer of the Indian Foreign Service, in this book, delves deep into the histories of these countries, and the events that led to the uprisings in 2011. Fabian has immense knowledge of this part of the world. He was posted in Iran in 1979 at the time of the Iranian Revolution. Then, during the Kuwait war, he was in the ministry of external affairs' team for coordinating the evacuation of over 1.76 lakh Indians. After his retirement from the service, he was on the faculty of the Gulf Studies Center of Jawaharlal Nehru University.

Fabian's book goes into back histories of these countries, and gives a detailed account of what really happened in each of their individual revolutions. He discusses the role of the West, and raises questions on just how much they helped topple dispensations. In the case of Gaddafi, he notes that the leader was willing to surrender, but that is not what the French wanted.

The author the explores the aftermath of the uprisings. Has this part of the world become more democratic post 2011? What is the state of human rights in the countries now. Has the West lost a golden opportunity to bring about a new change, or was that even the intention, ever?

An interesting book for those who are interested in the region.

Title: The Arab Spring That Was and Wasn't