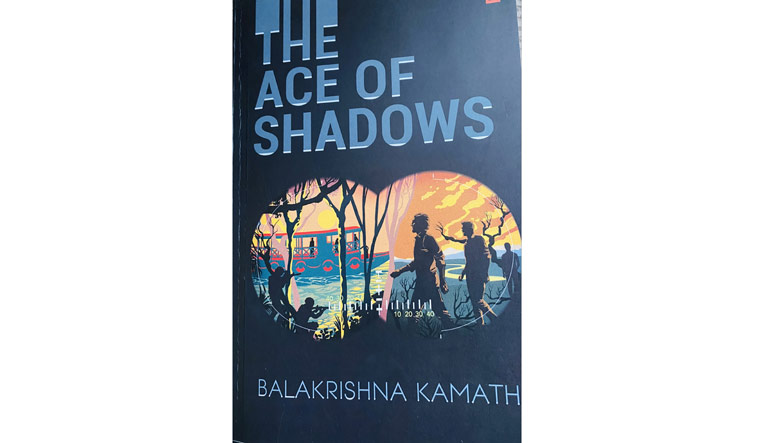 Counter-intelligence wars are often more gripping than conventional wars when penned down by spies who have fought them at times and places, neither seen nor heard of, except in passing references with wry smiles and innocuous code words known only to a handful who walk the shadowy corridors of secret spy buildings in the national capital.

These wars are fought during the daily hustle and bustle with no newspaper headlines screaming victory the next day. Who emerges as 'the ace of shadows'? Only the enemy knows his defeat, and that is the victory.

The Ace of Shadows authored by Balakrishna Kamath, a former Intelligence Bureau officer, is a gripping account of secret spy operations. It takes the readers to this battlefield, where there are no weapons and operations are less about valour and more about stealth, thrill, suspense and grit as the game turns perilous for the agency's operatives who pit their wits against the relentless Pakistan's Inter-Services Intelligence.

It is set in the 1989-1990 period, when espionage and intelligence collection still overwhelmingly relied on human intelligence. The ISI team is desperate to execute its military doctrine - to bleed India with a thousand cuts and the high stakes game of smoke and mirrors, is centred around the ace Indian spy Yashwant Narayan Godbole, who draws up an unconventional and risky plan. The plan is to allow a suspected ISI agent escape from Agra jail, only to bust one of the biggest and most sinister plots of the ISI - Mission Blackrock - that could have had ominous internal and international ramifications for India.

Kamath, who spent close to four decades in counter-espionage, leaves readers spellbound for most part of the book when Godbole sets off on his mission, criss-crossing through several Indian cities on a thrilling, long and hot chase that takes him to the most unlikely places, only to realise how ISI's network has penetrated deep into the tiny bylanes where a regular tailor or a sweet shop owner could be part of a murky terror plot.

The counter-intelligence operation led by some of the most powerful yet unassuming sleuths uncovers some of the deep dark secrets of the ISI officers browbeaten by the Pakistan Army Brigadiers who rap them for ''brash streaks of adventurism'' .

''When it comes to serious operations against India, the ISI are led by an inflated sense of hubris rather than realistic and calculated actions. They have put this nation to great embarrassment on many occasions,'' said Major General Mohammad Ghafoor, who is the handler of the spy Damji Bhai Savla, a tailor in Agra.

But was Godbole's action of freeing Savla from Agra jail a calculated risk? Was Savla a dispensable Pakistani agent or a bigger asset of the ISI? To know more about Godbole's extraordinary skills as a spy and Kamath's rare insight into counter-espionage operations, go for The Ace of Shadows. It is a must-read for those who love fiction based on spy and intelligence operations, and cherish racy writings. Kamath's first novel The Velvet Gloves, a thriller published in 2018, was a big hit and is being adapted into a web series.

Says Kamath, “Deception is one of the most potent weapons in security and intelligence manoeuvers. To make it look real, you have to play along with perfection. A small sacrifice for a big cause.''

''When it comes to appreciating the essence of espionage and counter-espionage in our part of the world, there cannot be a better canvas [than the Indo-Pak rivalry],” he writes. Rightly so, both sides will agree.

The Ace of Shadows