Anthology chooses the obit style, but goes beyond the usual biographical sketches 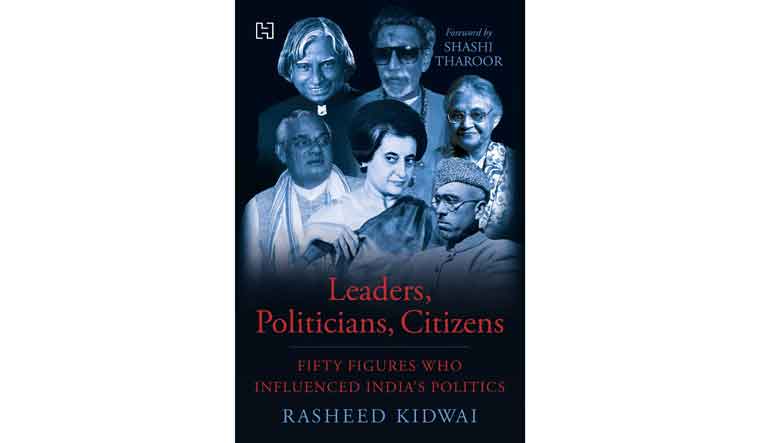 Fifty personalities, many of them intrinsic to the Indian political arena and some of them having influenced the polity while not being integral to politics. But all of them have left a mark on the popular imagination. The lives of these 50 remarkable people form the substance of eminent journalist and author Rasheed Kidwai's latest book.

Leaders, Politicians, Citizens: Fifty Figures Who Influenced India's Politics provides more than a sneak peek into these 50 extraordinary lives that have left an indelible mark on the post-Independence years. The book is in fact a unique exercise in recollecting the life and times of these public figures in the style of obituaries.

The anthology of 50 personalities chooses the obit style but goes beyond the usual biographical sketches to provide an insight into the exceptional lives through anecdotes and observations. It brings to the fore their role, motivations, strengths and weaknesses as public figures and also delves deeper to take an empathetic look at the personal vulnerabilities or doughtiness of these eminent people.

Among the leaders and influencers whose lives are retold in brief in this book are the likes of Indira Gandhi, Jyoti Basu, Rajiv Gandhi, J Jayalalithaa, Sheikh Abdullah, Dilip Kumar, Atal Bihari Vajpayee and Bal Thackeray. Almost all of these names provide material and reason enough to write full length books dedicated only to them. However, Kidwai has succeeded in tweaking the obit genre to focus on some fascinating nuggets from their lives rather than stick to the cradle to grave format.

The presence of personalities such as the controversial godman Chandraswami or bandit queen Phoolan Devi or the Bachchan matriarch Teji or Dev Anand as the cinematic superstar who failed to recreate the same magic in the political arena add variety to the mix.

The anecdote about Chandraswami's meeting with Margaret Thatcher in London before she became prime minister is priceless. Told through the recollection of former union minister Natwar Singh, who has made a first hand account of it in his book Walking With Lions: Tales From A Diplomatic Past, the incident is about Thatcher, in her pre-prime ministerial years, falling for Chandraswami's prophecy about her political success. Incidentally, the prediction made by Chandraswami that she would become prime minister did come true.

There is also an endearing account about Phoolan's visit to Paris, when her host arranged a six-door Mercedes limousine to take her around the city. And she had fun, Phoolan style. She persuaded the chauffeur to connect her to her sister Munni in Delhi on the satellite phone and had a long chat with her. Then, she noticed a roadside fruit shop selling muskmelons and asked the chauffeur to bring one to her. The shocked French chauffeur watched Phoolan squatting on the leather upholstery of the limousine, cutting pieces of the melon with his swiss knife as drops of the fruit juice fell on the seat and the floor.

Kidwai excels in bringing to the fore the human side of the larger than life figures.