The book, originally written in Bengali, has been translated into English 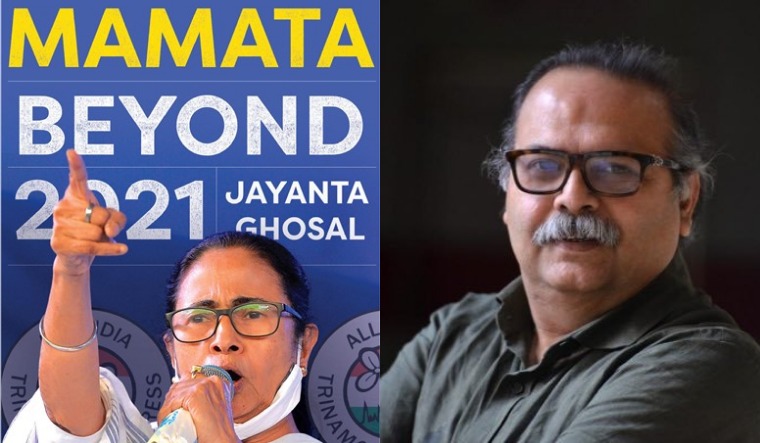 Election strategist Prashant Kishor is credited with designing West Bengal Chief Minister Mamata Banerjee's strategy for the Assembly elections in the eastern state in 2021. However, her initial thoughts about engaging Kishor to help with the Trinamool Congress' electoral plan would not have been music to the poll pundit's ears, according to a new book.

Veteran journalist Jayanta Ghosal, who has tracked Mamata's rise in politics over the years, writes in his book 'Mamata Beyond 2021' that the first time the Trinamool supremo met Kishor was in Patna and the occasion was the formation of the government of the Mahagathbandhan that comprised the JD(U), the RJD and the Congress in 2015.

The book, originally written in Bengali, has been translated into English by Arunava Sinha.

“On the day of Nitish Kumar's tea party, Kishor and Mamata had their first personal discussion on the sidelines, seated in white throne-like chairs wrapped in velvet. That night, however, Mamata said: 'It's all very well to talk to him, but we have never engaged an organisation commercially. Trinamool is a party of the poor.''”

However, Mamata's nephew and Trinamool general secretary Abhishek Banerjee, who is regarded as number two in the party, later discussed with Kishor. “Having lived in Delhi a long time and studied there, Abhishek is closely aware of political strategies at the national level. He felt Trinamool would have to use the same weapons as its opponents to defeat them. The rest, as they say, is history,” writes Ghosal.

In Ghosal's assessment, it was with Kishor's help that Mamata built a clear strategy to counteract the BJP's thrust in the Assembly elections. “Just as the perception of Mahatma Gandhi that existed in his time would not have been possible without his particular attire, Mamata Banerjee too built a brand equity of being the daughter of Bengal with her rubber sandals and her humble living quarter,” he writes.

The book, as its title suggests, looks at Mamata's plans beyond the 2021 poll victory in West Bengal. According to Ghosal, while Mamata is keen on expanding outside her home state, her prime focus would be to wrest back the 18 out of the 42 seats that the BJP had won in the state in the Lok Sabha elections in 2019.

Also, the Trinamool is not expected to continue with party veteran Mukuk Roy's earlier ambitious programme of expanding everywhere in the country. “Instead of going into large states like Uttar Pradesh, as Mukul Roy had done, Abhishek Banerjee is taking small steps in states like Goa, Tripura and, later, Assam. Instead of a euphoric and unrealistic expansion plan for Trinamool, the focus is on gradually making Mamata Banerjee acceptable as a national alternative to Narendra Modi,” writes Ghosal.

According to him, Mamata will go on tours in various states, but not necessarily to conduct political rallies. Instead, she will participate in civil society conclaves, meet public intellectuals, engage with students and join programmes conducted by the industrial society, he writes.