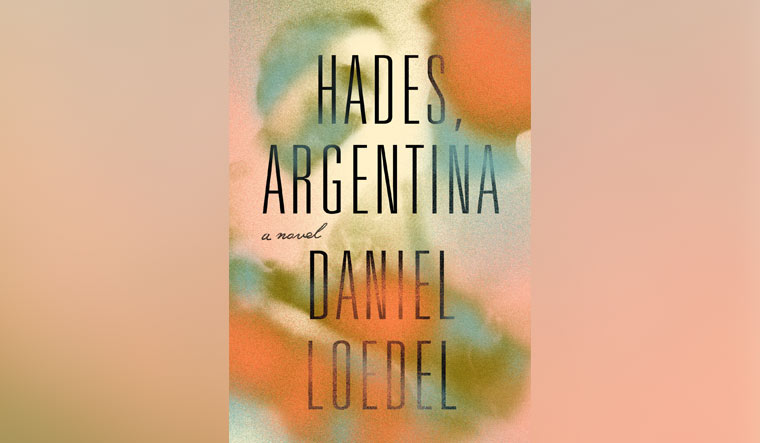 Hades, Argentina, the just published novel by Daniel Loedel, is about the killing, torture and “disappearance” of thousands of leftists during the brutal Argentine military dictatorship in the 1970s.

Tomas Orilla, the main character in the novel, is a medical student who moves from his hometown La Plata to Buenos Aires in 1976 to be closer to his teenage sweetheart Isabel. He discovers that she has become a member of the Montonero leftist guerilla movement. She seeks his help to infiltrate the government agencies involved in the detention of opponents of the military regime. With the help of Colonel Felipe Gorlero, his guardian in the city and a senior official in the military intelligence, Tomas gets a part time job in a secret and illegal military detention centre. His job includes drugging the detainees to induce confession, revive them when they pass out after torture and provide minimum medical help to keep the prisoners alive until information is extracted from them. Thereafter, they are transferred for “disposal”.

Tomas is traumatised seeing the macabre methods of torture, screaming of the victims and their suffering. The torturers carry out their gruesome work coolly and casually while listening to football match commentaries, joking about colleagues and making cruel comments on the victims. Eventually, he is caught for espionage and helping some detainees escape. He becomes a detainee himself. But the Colonel Gorlero comes to his rescue and helps him escape to Rome. However, in exchange for the colonel’s help, Tomas had to give out information on Isabel’s hideout location.

From Rome, Tomas moves to New York where he marries an American. But the marriage breaks down since Tomas is unable to settle down, haunted by his nightmares.

In 1986, he travels to Buenos Aires to see Isabel’s mother in the hospital with a terminal illness. During his stay in the city, he is haunted by the ghosts of the colonel and Isabel. He returns to the sites containing his darkest memories and most profound regrets. He wanders in the Recoleta cemetery and in the streets of the city lost in the labyrinth of memory, guilt and loss. He realizes how hard it must be for those Argentines who hadn’t left the country, having to go about their daily lives with the possibility of bumping into their torturers at train stations and random intersections or having to wonder, because they’d been blindfolded back then, if the man giving them a funny look on the bus had raped them.

There are Dantesque dialogues between the colonel and Tomas on death, sin, hell, purgatory and redemption. The two carry on their long conversations, alternating between real life and the after-life, during their wanderings through the Recoleta cemetery and long hours of sitting in cafes.

Loedel’s novel is based on the real life story of his own half-sister Isabel Loedel Maiztegui, a Montonero activist, who was murdered by the military dictatorship in January 1978, when she was just 22.

Loedel was born and has lived in New York, where his father had moved from Argentina after the coup. Loedel travelled to Argentina in 2018 for DNA confirmation of the identity of Isabel from the bone and skull remains in the forensic lab. He buried her remains formally in a ceremony in 2019 in La Plata next to the others who were also killed during the Dirty War of the dictatorship.

The author reflects on his identity crisis as a US citizen of Argentine origin. His father refused to let him visit Argentina because of the bitterness over the loss of his daughter. It was only at the age of 22 that he visited Argentina for the first time. He connected to the extended family and friends of Isabel and collected information for the novel. His father translated the novel into Spanish, adding authenticity to the spirit and language.

On the character of Argentines, the author comments aptly, “we Argentines are so particular, no one else would put up with us. The Porteños (residents of Buenos Aires city), who fancy themselves so European, turn up their noses at anyone from the rest of the continent. The country is one of the vainest in the world. So many of our problems ﻿stem from that. ‘Have to be better than the Brazilians, have to be pretty, have to be European’. These are comments I have often heard from my Argentine friends themselves who would express the same more colorfully, with the choicest abusive words.”

On the capital city of the country, the author comments, “Buenos Aires never showed its scars, never let its surface be ﻿ruffled; it was a city made for forgetting as much as for nostalgia”.

The author has an interesting definition, “Peronism is like poetry—it can’t be explained, only recognized.” He says, “Peronism was the ideal vehicle for those like Isabel who wanted change but didn’t necessarily possess a full-fledged ideology or agenda. After Peron himself was booted from the country in 1955 and his party proscribed, their right-wing aspects were widely forgotten and the label evolved into a catchall for populism of every stripe, a handy banner for anyone who wanted to step on the battlefield. (Indeed, the Montonero guerrillas originally took ﻿up arms to bring Perón back from exile, before growing into a broader insurrection against state oppression.) The word almost had spiritual connotations now; for some, it was a moral lifestyle as much as a fight against injustice”. Peronism continues to divide the nation vertically even now. There is a constant and strong Peronist voter base which is seduced and cultivated by the politicians. On the other side, there is a significant part of the population who hate Peronism and blame it for all the problems of the country.

The military has gone back to the barracks irreversibly since 1983. But the civilian governments since then have mismanaged the economy periodically causing tragedies of hyper inflation, debt default, foreign exchange shortage and misery for the common people. Argentina, which was one of the top ten richest countries in the beginning of the 20th century, has regressed and is in the middle of yet another cycle of financial crisis at present.

Hades, Argentina reminds me of another Argentine novel Purgatory by Tomas Eloy Martinez. This is a similar story in which Emilia, the protagonist, is haunted by the memory of her husband who “disappeared” during the dictatorship.

Argentina seems to be still struggling to come out of the shades of Hades and purification in Purgatory.