A new poetry anthology shimmers light for the road ahead

The collection features works of 39 emerging and well-known poets 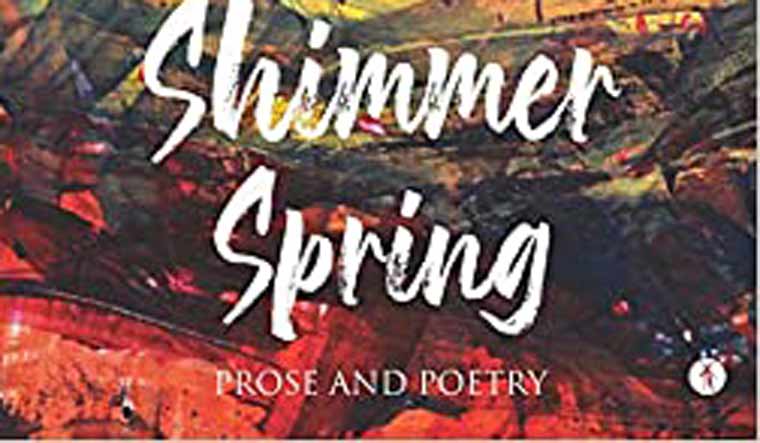 Sueyeun Juliette Lee, a Korean-American poet, once expounded on the poetics of light through her meditations on Salpuri, a traditional Korean dance. By recalling the origin story of the shamanic dance form—performed by a solo practitioner, whirling in a long white robe—she sought to reveal how one can 'speak the light', heal and restore.

So a long, long time ago a calamity reared its ugly head when two suns rose in a sky. To dispel this excessive stream of daylight, the king called a philosopher who composed a poem as a possible remedy. To this curative poem, he danced his first salpuri. One of the suns dimmed and the kingdom was cured. In the same essay for the Poetry Foundation, Lee writes, "This ugly era will end. And how are we being human and alive in its midst. What lights are you leaning into and casting out; what is your body’s heat murmuring with every breath you draw in, draw down, release.'

As we flip open the next chapter in 2021 in a virulent world outside, what kind of lights are we going to inoculate to stay "human and alive"? Barring the most obvious one, a glittering volume of poetry could also offer much solace. Especially if it's about light pixeled across time and space, light acquired and transmitted by a cross-section of writers in a global anthology. Such is the radiance of 'Shimmer Spring', edited and curated by award-winning poet, editor, translator and publisher Kiriti Sengupta.

Featuring 39 emerging and well-known poets, including Mamang Dai, Akhil Katyal, Sudeep Sen, Rochelle Potkar, Joan Kwon Glass, Alan Britt, among others, the prose and poetry in this collection are all sparklingly new and urgent. Lavishly produced, with a rich mosaic of abstract illustrations which unfurl on a white backdrop, the album is a glowing mixtape of art and poetry. Sengupta was keen on studying luminescence in poetry, or how writers derive and disperse light. "Light need not always connote something positive; there is no linear interpretation. To  me light is synonymous with enlightenment or realisation. I always wanted to gauge how my contemporary writers perceive light, what is the source of that light in their lives," says Sengupta who was awarded the 2018 Rabindranath Tagore Literary Prize.

Author of eleven books of poetry and two books of translation, he has co-edited six anthologies. His poem 'Troth' (which means faith or loyalty) opens the collection and is a touching reaffirmation of a marital pledge.

In 'An Evening Walk', Delhi-based poet Katyal remembers student and activist Natasha Narwal, arrested in connection with the Delhi violence which erupted in February and who continues to remain in jail under the stringent UAPA simply for expressing dissent.

The way the sun eats

In Anu Majumdar's 'Seed', there is a sense of an awakening, a kernel which has revolted. It may struggle to sing and love, it is "Hidden but resonant/ A sun-chant of dreams".

Poet and novelist from Arunachal Pradesh, Mamang Dai, ruminates on rain which is "trying to transform some sad absence/into the patience of green" in a piece titled 'The Tree With a Thousand Flowers'.

In Tim Kahl's 'Excelsior', light in all its blazing brilliance becomes the exterminator shooting off animal carcasses in the dark, that "light was a hunter they should fear". Pakistani poet and filmmaker Ammar Aziz poignantly presents a mujawar (caretaker in a Sufi shrine), bemoaning the "darkling courtyard" of a dargah with its broken lamps and "fragments of the invader's young flesh".

Neera Kashyap's 'Incandescence' gets to the heart of the matter, the necessary rebirth born out of a "blaze" which "commands self-destruction". But the redemptive power of light is never too distant as Usha Akella envelops both the sun and the moon in one poem to make us see how "the anemic moon is red-hot with fertile myths" and how light can be "A luminescent sword/ splitting blackness in two" in Vinita Agrawal poem.

In a year of mostly groping in the dark, 2020 hasn't been entirely devoid of light for Hawakal Publishers, the bilingual publishing house behind 'Shimmer Spring'. Started in Kolkata in 2009 by story writer, translator, and editor Bitan Chakraborty, the independent publishing house has been bringing out books in English and Bengali literature with a special emphasis on poetry. They set up an office in the capital in a pandemic year which saw major disruptions in the publishing industry, including closure of small, independent bookstores and restrictions in delivery and movement of books. Hawakal released 38 titles in the traditional publishing format in 2020, among which 29 were put out between April and October.

Three were poetry anthologies, conceived and released in 2020, in a market which is hardly receptive to this form of literature in normal circumstances. Their highest selling English book this year is also one of these anthologies called Hibiscus: Poems That Heal and Empower.

"The way we have been releasing books in a pandemic year is quite noteworthy. We are not a big publishing house, yet we have come out with a hardcover poetry anthology in a coffee table format. We have practically raised the standards of a poetry anthology with Shimmer Spring," says Chakraborty about their latest anthology of poems.

2020 also saw the passing away of the noted poet and literatuer Akkitham, considered the doyen of Malayalam literature and recipient of the Jnanpith in 2019. One of his most resonant lines also draws upon light: 'Light is woe, darkness is bliss'.