Time to rock through corporate life

Corporate lessons from a musical band 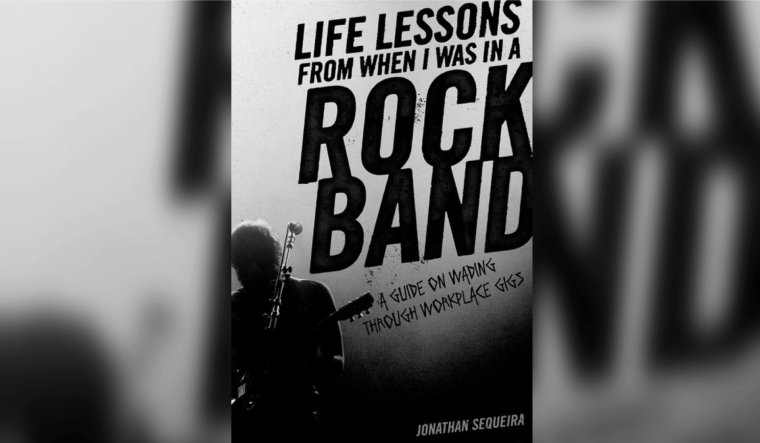 This is not a conventional story of a band’s rise and fall. Covering everything from the defiant, subversive and anarchic side of a band to its impactful and constructive effect, the book uses the analogy of a rock band to explain ups and downs in the corporate life.

Call it a self-help book or a corporate guide, Life Lessons From When I was in a Rock Band is an antidote for most workplace maladies. Most people desire to make it big in their workplace, but sooner or later they tend to lull into mediocrity. For some, it might be performance pressure while for others it can be anything from workplace politics to sheer boredom. The big question is—how can one wade through it?

Goa-based author, musician and life coach Jonathan Sequeira uses the model of a rock band to address various issues associated with the corporate world and also charts out ways to deal with it. The book not only features his own idiosyncratic stories of being part of bands but also snippets from seasoned Indian bands like Parikrama, Indian Ocean, Best Kept Secret, Girish and the Chronicles and more.

The writer says the way a band functions is similar to how a team operates in a corporate. “Being a part of a band is a lot like working with an organisation. The book connects the dots between rock band performances and everyday work issues. It is a guide for people who are getting into their first job or taking up a new challenge,” Sequeira says.

Divided into 10 life lessons, the book relates different aspects of a band, like stage view, timing and lip-syncing, to real life situations. Jonathan’s R.O.C.K technique is an excellent tool for understanding where one stands in the workplace and the importance of putting out the best performance. An insightful read, the amusing rock band storyline is the highlight feature of the book which is sure to have you hooked.

Time to rock your way beyond a subpar performance.

Life Lessons From When I was in a Rock Band