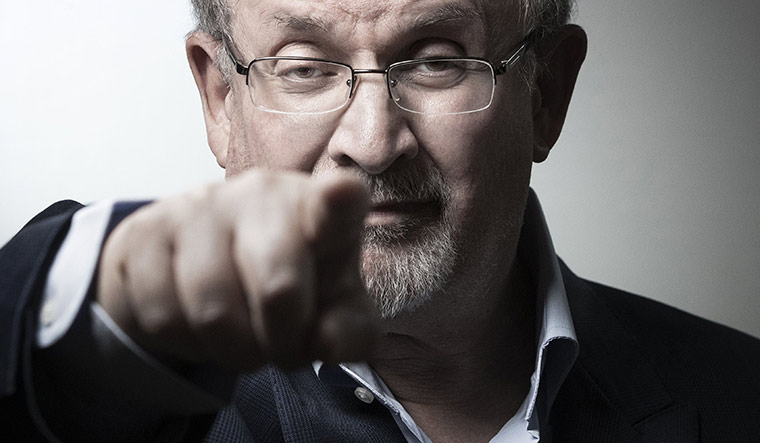 Surely I deserve a gold medal? A laurel wreath, a gilded trophy, a Nishan-e-Haidar, a Param Vir Chakra, a best-in-show ribbon? I have ploughed doggedly through all of Salman Rushdie’s Quichotte and emerged at the other end bloated as a thesaurus, reeling from an overdose of literary, musical and trash TV references, with my vocabulary enriched and my grey cells severely depleted. What a ride! When it ended, I staggered out of the expensive hardback vehicle I had been strapped on to, fell on my knees and kissed the ground hard.

Quichotte is a rambling, shambling road-trip novel within a novel, written by a Rushdie-esque author called Sam DuChamp, who has been writing mediocre spy thrillers for years, but who now, perhaps because of his estrangement from his son, called Son, and his sister, called Sister, feels moved to write something different. So, he creates an ageing travelling salesman called Quichotte, a riff on Miguel de Cervantes’s Don Quixote, who works for a shady pharmaceutical company. Quichotte, because his brain is addled from watching too much trash TV, falls in love with an American daytime talk show star called Salma R., who is also a daughter and granddaughter of Bollywood royalty. And, just like Quixote, he sets off to woo and win the lady, who is addicted to opioid medication.

Riding shotgun with him is his son Sancho, who springs to life entirely from Quichotte’s imagination, in the tradition of the progeny of the ancient Greek gods who often spring to life from their parent’s head or thigh. Sancho starts off black and white and fuzzy around the edges, but as his father’s hunger for him intensifies, or something else magical-realismy happens, he becomes technicolour and fully-formed one morning. I liked Sancho a lot—he was such an authentic teenager, constantly asserting his independence from his uncool parents, but at the same time sullenly clinging on to them while sucking his thumb.

Anyway, Quichotte and Sancho drive though six—or was it seven?— figurative valleys together to arrive in New York, which is where Salma lives. Along the way, they encounter the ugliness of ‘flyover’ America, which is full of obnoxious red-necked white people constantly asking the father-son duo where they had hidden their beard and turbans. The larger point of this was lost to me. It felt thrown willy-nilly, as though the great author was cooking a hot-pot dinner, throwing in all the leftover scraps he had been storing in his enormously clever head for other books.

There are more leftovers to come—characters who feel as flat as a carrom board, to use a term Quichotte and Sancho use to describe small-breasted women. There is a gent called Evel Cent, a bastardisation of Awwal Sant, a James Bond villian-ish sort of guy meant to evoke fascinated dread, but all he evoked in me was an intense desire to put the book down and take a well-deserved snack break in the form of Bikaner-ki-Bhujia. Then there is Sister, and her husband, the Judge, who likes to dress in frocks and drink fancy wine once he is home for the day. And, lurking somewhere in the background—in either Quichotte’s or Sam DuChamp’s life, I forgot which because by then I was thoroughly confused—there is Babajan, an ancient horndog, who likes to kiss his prepubescent granddaughters while laughing his signature ghostly, creepy laugh. He was kind of fun actually.

There are puns galore—Ismail and ‘a smile’, Evel Cent and ‘evil scent’, Quichotte and ‘key shot’. But instead of making one gurgle with appreciative laughter like they did in, say, Haroun and the Sea of Stories, all they do here is remind me of purist English teachers tsk-tsking about puns being the lowest form of wit. It is like Rushdie has graduated from being tremendously clever to just plain old tedious.

The themes of the novels seem to be about reality versus illusion, about how fiction is really just thinly disguised fact, about how writers use their own experiences to inform their writing. DuChamp/Rushdie notes people walking around with “the end days in their eyes”; he is concerned about racism and gun control—there is a talking gun in the book, which is a nifty, beautifully unhinged device; there is much musing on the father-son bond; there is the loneliness of celebrities; there is worry about drugs meant for sufferers of extremely painful cancers being used as recreation drugs. But, it all feels scattered. And superficial. Like a trail mix of pearls and pebbles scattered slightly contemptuously before us literary swines. A leftover novel, a not-so-great book from a writer who has so often delivered great, a Shaan after several Sholays, or Sachin Tendulkar’s final, faded 100th 100 against Bangladesh. 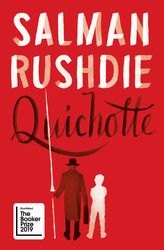