In her new book, Malala champions the refugee cause 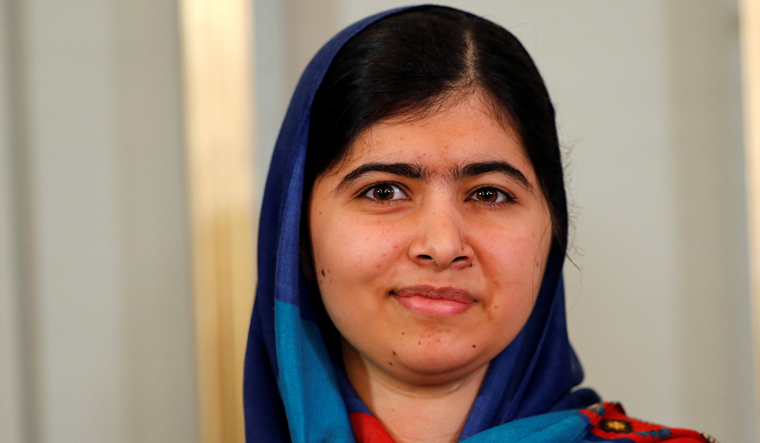 It is natural to feel a certain apprehension when confronted with yet another book on Malala Yousafzai. An icon for young women, her story is only too well known—she stood up against the Taliban, who later shot her in the head. But, the new book, We are Displaced, goes beyond just her story. She speaks about many others who are just as heroic as her, but will never know fame.

She also touches upon an issue that may be unpopular, but which needs to be said: “Many people think refugees should feel only two things: gratitude to the countries that granted them asylum, and relief in safety. I don’t think most people understand the tangle of emotions that comes with leaving behind everything you know.” It is in describing the emotions left behind, the goodbyes unsaid, and the memories of home—which goes beyond just the physical space, but in terms of smells, sights and sounds—that Malala demonstrates how much she has become a champion for a cause that needs fighting.

The book brings out the harrowing stories of many like her. Zaynab, who flees Yemen, is granted a visa to America, while her sister Sabreen wasn’t. Zaynab describes her first day in school, where it was so cold that the wind cut through her new winter jacket. She discusses her finding friends and the pain of leaving her sister behind. From fleeing violence, to finding out she has tuberculosis, to fitting in, Zaynab represents many like her struggling to survive and dream big. Her sister Sabreen managed to get to a refugee camp in Europe. Now, she lives in Holland with a baby. Zaynab has big academic and soccer dreams.

Bringing alive stories of those displaced across the world, Malala’s new book paints a powerful picture of exile and hope. It is as much about extremism as it is about those who open up their hearts and borders. At this time, this is a story we need to hear. Again. And again.

We are Displaced: My Journey and Stories from Refugee Girls Around the World