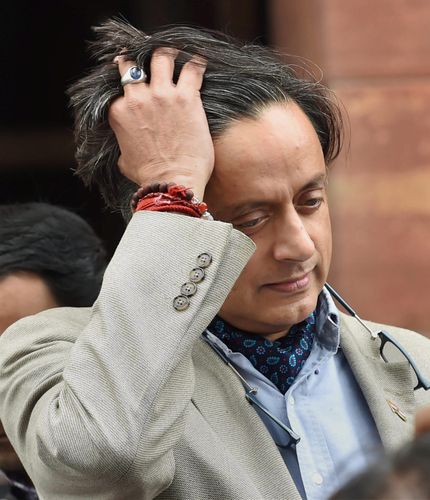 Early on in his new book, Shashi Tharoor refers to the episode of psychologist Ashis Nandy diagnosing Narendra Modi as a fascist. He notes, with some relief, that Modi has not conducted himself in office as Nandy would have feared, but says the ruler “has allowed free rein to retrograde and often violent forces who conform collectively to Prof Nandy’s archetype”. Though Tharoor stops short of saying the F word, he does nudge the reader to think it, if not say it out loud.

He argues that the prime minister preaches something, but practises something else—be it in terms of governance, religion or business—and that is the Modi paradox.

Tharoor echoes the sentiments of the many who oppose Modi, but does so with academic rigour. Quoting multiple, verified sources, and also peppering the narrative with personal anecdotes of what people have told him about Modi and his policies, Tharoor creates a compendium that should perhaps be made mandatory reading for every Congress spokesperson, especially in the run-up to the Lok Sabha elections. He even dedicates the book to the people of India, “who deserve better”, and has a go at the government for what he suggests are its failures on numerous counts, including social welfare, foreign policy, governance and, of course, the economy.

The economy, in fact, is one of Tharoor’s favourite tools in the book, and he often uses stone-cold facts to subdue the fiery rhetoric of Modi. In a disturbing observation, Tharoor says, “For India to remain attractive [as an investment destination], labour must be kept cheap and skilled workers affordable, which requires clamping down on social unrest in the underclass. Thus, keeping the Dalits in their place and the minorities on the margins serves both a cultural and an economic purpose.”

He draws parallels between Modi and Turkish president Recep Tayyip Erdogan, from having similar jobs in their childhood—the latter sold lemonade and pastries in the streets—to being associated with religious groups, seen as business-friendly leaders and being highly effective orators. Both rode the wave of economic growth, but Erdogan now finds himself trying to manage an economy “going into a tailspin”. Modi, too, says Tharoor, has been tripped up by this factor. In fact, he seems to argue that it is only as long as the economy holds that “Moditva” holds. When it crumbles, so does the carefully and forcefully created image of “a man who gets things done”.

Tharoor also suggests, quoting a study, that it might be in the economy’s interest to have a “harmonious plural society”. He writes: “An eye-opening report, first published on Indiaspend.org, pointed out that ‘if India discards religious beliefs that perpetrate caste and gender inequalities it could more than double its per capita GDP growth of the last sixty years in half the time.’ Did someone say, ‘sabka saath sabka vikas’?”

Though the 500-page book is prone to repetition of thoughts and ideas, perhaps necessary to counter the incessant barrage from the other side, Tharoor does poke holes in several claims that the government has made in the past four years.

Notably, he claims that Modi is careful about how foreign countries, especially the world-runners, view him and his rule. If that is the case, such a book, which sheds light on his “paradoxical” behaviour, and by such an author, presumably with a wide audience in those countries, could be a cause for worry for the prime minister. 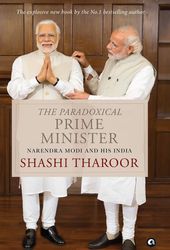