Hyundai Venue: Bang for the buck

Hyundai has a winner in the Venue. The competition will have to step up 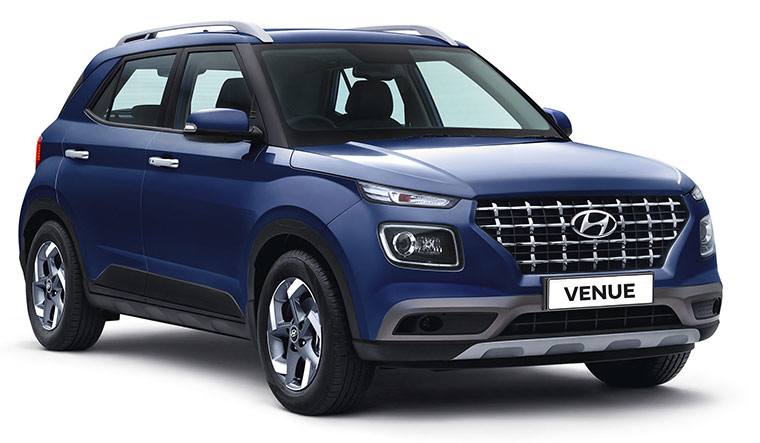 The compact SUV segment is big in India’s passenger cars business today, with large volumes and tough competition. Hyundai has entered this lucrative segment late, but with a bang. Its latest offering, the Venue, got more than 1 lakh inquiries and 20,000 bookings within days of its launch.

The Venue has a bold look thanks to its chrome grill and diamond cut alloys that ride on 16” tyres. The twin headlamp design and projector fog lamps add to its appeal, but what stands out in the front are the projector headlamps with LED daytime running lamps. The DRLs look stunning, especially after dusk.

The LED tail lamps come with lenticular lenses for a crystal effect which is best seen at nighttime. These are especially useful in warning the drivers behind you when visibility is low. The shark fin antennae and the roof rails add to the sporty look.

The Venue, being promoted as a “third space” for consumers after their home and office, is packed with every conceivable comfort. The interiors—available in black, khaki dual tone and denim dual tone—are surprisingly spacious. The upholstery comes in two variants: fabric, and fabric and leather combo.

The car also has Eco Coating, a technology which eliminates bad odour. One thing that is missing, though, is an auto dimming inside rear view mirror. The technology, which helps to eliminate glare, is non-negotiable for most drivers these days.

The biggest add-on is Hyundai’s BlueLink Connectivity Technology, which does a bunch of things from starting the engine to controlling the air conditioning. It can even immobilise your car, if it is stolen, from anywhere in the world, through an application on your mobile phone. However, the best features are limited to the top end model.

The 1L Turbo GDI (DCT) turned out to be a gem of an engine. It is refined, noise-free and if you keep it in the 60-80kmph power band at around 2,000 rpm, you are going to enjoy every moment of driving. We also drove the 1.4 L U2 CRDI diesel engine (six-speed manual), which was in the Hyundai Creta, and came away hugely impressed with its performance in the Venue. However, it would have been nicer if Hyundai had offered tilt and telescopic steering, instead of just tilt, which is being offered by its competitors.

The Venue is available in seven single-tone colours and three dual-tone colours. It also matches the safety features that its competitors are offering. With extremely competitive pricing (16.5 lakh to 111.10 lakh), Hyundai has definitely produced a winner.