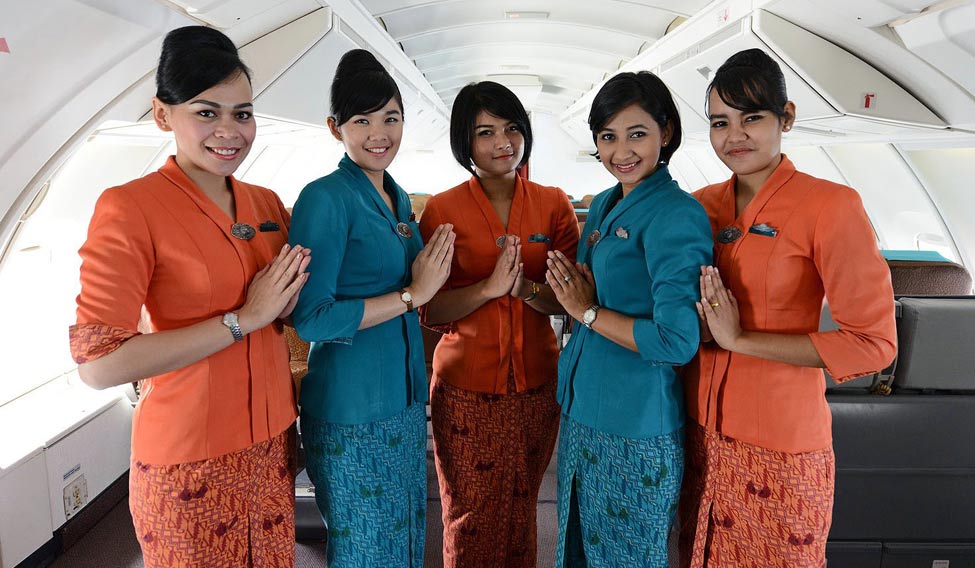 Authorities in the Indonesian province of Aceh have ordered Muslim flight attendants to wear headscarves when flying into the ultra-conservative Islamic region, officials confirmed on Wednesday.

Aceh is the only province in the predominantly Muslim country to implement Islamic law. Muslims elsewhere practice a moderate form of the religion, leaving women free to choose whether to cover their heads.

The regional government, allowed greater autonomy under a 2001 peace deal with the central government, sent a letter to national carrier Garuda Indonesia and budget carriers, such as Malaysia’s AirAsia and Firefly.

“All female stewardesses must wear a ‘jilbab’ (headscarf) Muslim fashion in accordance with the rules of sharia,” the authorities said in the letter.

The international airport in Banda Aceh, the provincial capital, services dozens of domestic flights every week, and international routes to neighbouring Malaysia and Saudi Arabia.

Non-Muslim flights attendants were not required to wear headscarves, but Muslim staff would be asked to wear them on flights in and out of Aceh, said Mawardi Ali, chief of the Aceh Besar region where the airport is located.

Firefly in Malaysia declined to comment, citing “the sensitivity of the matter”.

Your form could not be submitted.
This browser settings will not support to add bookmarks programmatically. Please press Ctrl+D or change settings to bookmark this page.
Topics : #Indonesia | #Muslim | #aviation