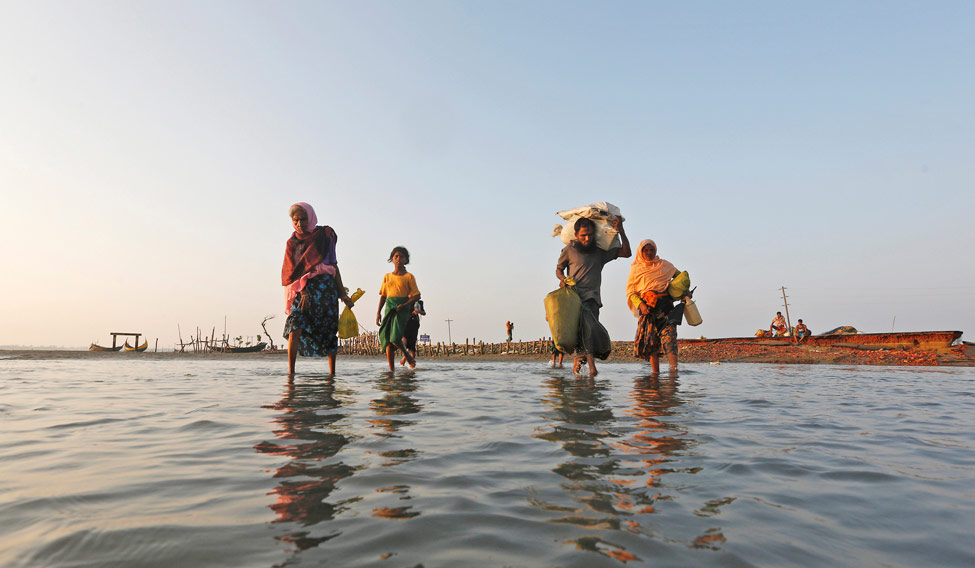 The total number of Rohingya refugees that have arrived Bangladesh from Myanmar since August 25 has reached 604,000, a UN spokesman said on October 25.

"Refugees have sought shelter in Bangladesh since the outbreak of violence in Myanmar on August 25," UN deputy spokesman Farhan Haq said on October 25.

More than half of the new arrivals to escape violence in Myanmar's Rakhine state are living in the Kutupalong Expansion Site, which includes several makeshift settlements and land allocated by the government, he said.

"Nearly 570,000 people have received food assistance and nearly 310,000 people received health care," said Haq, adding that there are concerns about sanitation, with less than one quarter of sites hosting refugees having access to clean water.

The exodus continues unabated, making the crisis the fastest growing refugee emergency in the world.

Since the crisis began, UN agencies have ramped up relief efforts, including conducting a massive immunisation campaign that inoculated more than 700,000 people against cholera, as well as providing food assistance to hundreds of thousands of refugees.

Your form could not be submitted.
This browser settings will not support to add bookmarks programmatically. Please press Ctrl+D or change settings to bookmark this page.
Topics : #Rohingya community | #Myanmar | #Bangladesh | #United Nations