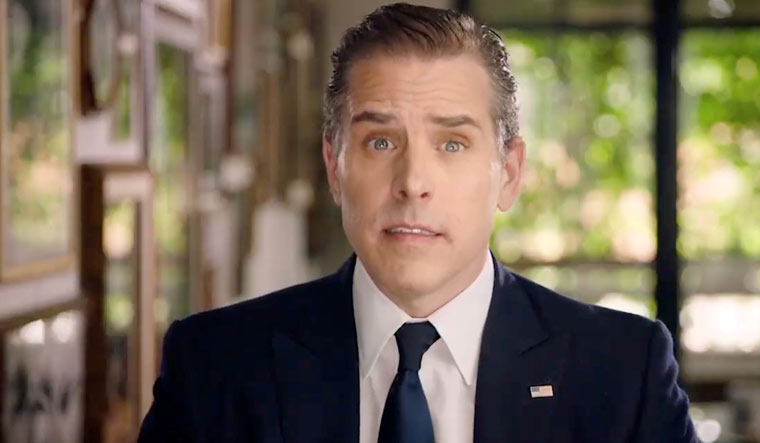 The investigations on allegations of tax crimes and making a false statement to possess a gun against Hunter Biden, son of President Joe Biden, does not appear to be in favour of him. Reports say that the Federal Bureau of Investigation (FBI) has enough evidence to charge Hunter for the alleged crimes.

The final decision, however, rests with the US Attorney in Delaware. The US Attorney will decide on whether to file criminal charges against him.

President Joe Biden's son has been under federal investigation since 2018.

Hunter Biden, 52, a lawyer and lobbyist, has worked abroad including in China and Ukraine. Due to his drug use and addiction, he was discharged from the US Navy in 2014.

Initially, the focus of the investigation centered on finances related to his overseas businesses and consulting. Later, the investigation focused on whether he is properly reporting his income gains. Also, false statements on paperwork used to purchase a firearm in 2018 came under the scanner.

Earlier, a lawyer for Hunter had said that he expects the Department of Justice to "diligently investigate and prosecute" those who leaked information about the investigation.

Hunter has long been a target of scrutiny from conservatives, who have alleged that his overseas business dealings indicate a pattern of corruption.

However, both Hunter and President Biden have denied allegations of illegal activity. Hunter had earlier admitted that he had a troubled life and was addicted to drugs.

During the investigation in December 2020, Hunter said in a statement that he is confident that a professional and objective review of the matters will demonstrate that he had handled his affairs legally and appropriately.