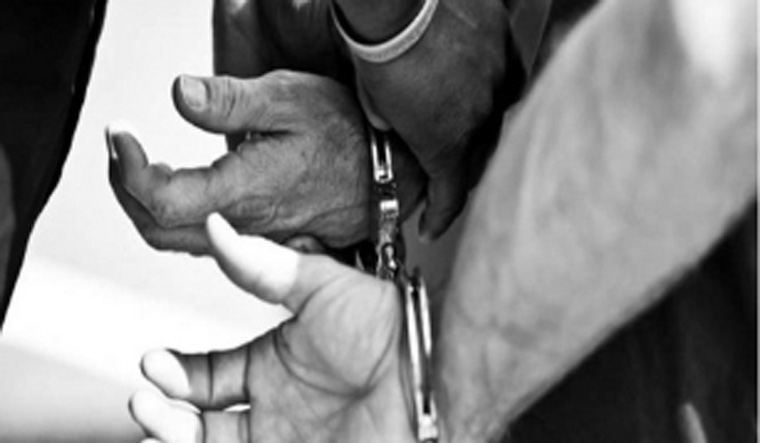 Four Pakistani police personnel, including a senior officer, who were taken hostage by the banned Tehreek-i-Taliban Pakistan, were released on Tuesday after a successful meeting between influential local representatives and leaders of the militant group, an official said.

The Taliban handed over the hostages, including a Deputy Superintendent of Police (DSP) to the local jirga members following the talks held in the mountainous Peuchar valley of Swat district.

The meeting is described locally as a "jirga", a traditional gathering of influential people that discuss problems and settle differences by consensus.

The Tehreek-i-Taliban Pakistan (TTP), commonly known as the Pakistani Taliban, is a banned militant group based along the Afghan-Pakistan border. It has carried out a number of major attacks on Pakistani security personnel.

The Taliban agreed to release the four government officials who were captured and taken hostage after a fierce gunbattle with TTP militants in Swat district of Khyber Pakhtunkhwa province in restive northwest Pakistan on Tuesday, a local official said.

The TTP militants were intercepted by the police while entering Swat district from Dir district bordering Afghanistan.

A member of TTP told local representatives that the Taliban strictly follows the ceasefire agreement reached during the peace talks held in Kabul, but the group's members are being targeted by the Pakistani security forces upon their arrival in their home district.

He said the members were told that they can visit Swat valley but are being targeted by the police.

After several rounds of talks, the Pakistan government and the TTP in May agreed to extend a ceasefire indefinitely while continuing negotiations to find an end to the nearly two decades of militancy.

The TTP was set up as an umbrella group of several militant outfits in 2007. Its main aim is to impose its strict brand of Islam across Pakistan.

The group, which is believed to be close to al-Qaeda, has been blamed for several deadly attacks across Pakistan, including an attack on army headquarters in 2009, assaults on military bases and the 2008 bombing of the Marriott Hotel in Islamabad.

Pakistan has been fencing the 2,600-km border with Afghanistan since 2017 to end terrorist infiltration and smuggling, despite intense opposition from the neighbouring country.

Besides the erection of a fence, the project also includes the construction of border posts and forts, and the raising of new wings of the Frontier Corps, the paramilitary force that guards the border.

When the Taliban returned to power last year, Pakistan hoped that the new dispensation would deal with these terrorist groups. Despite promises, the Taliban have not yet taken decisive action to fulfil their commitments, which has frustrated the Pakistan government.

The Taliban-led government in Afghanistan started taking steps to shift terrorist groups away from the regions bordering Pakistan in May following a series of recent cross-border attacks that killed nearly a dozen Pakistani soldiers and prompted a strong reaction from Islamabad.