Over the years, South Koreans have sent humanitarian aid and pamphlets via balloons 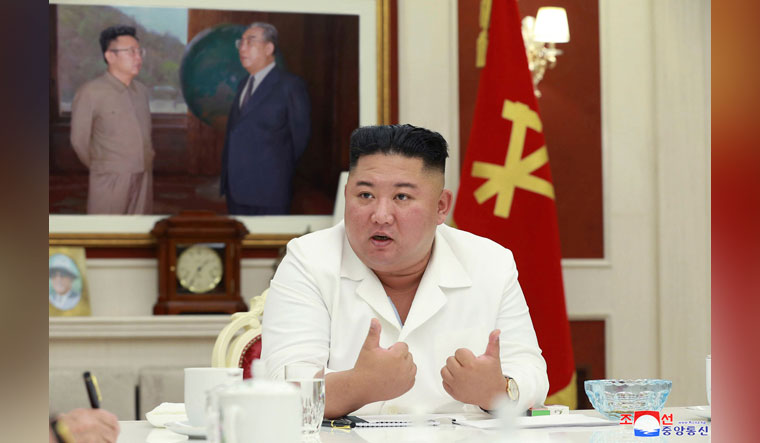 North Korea, on Friday, blamed its neighbour South Korea for the Covid-19 outbreak in the country. The highly isolated country said that the outbreak began after patients touched 'alien things' near the border with South Korea.

North Korea, in probe results, ordered its people to "vigilantly deal with alien things coming by wind and other climate phenomena and balloons in the areas along the demarcation line and borders."

For many years South Korean activists have sent humanitarian aid and pamphlets via balloons.

In the report it is stated that an 18-year-old soldier and a five-year-old kindergartener who came in contact with unidentified materials "in a hill around barracks and residential quarters" in the eastern county of Kumgang in early April showed symptoms and later tested positive for the coronavirus, the KCNA reported.

"The investigation results showed that several persons coming from the area of Ipho-ri in Kumgang County of Kangwon Province to the capital city in mid-April were in fever and a sharp increase of fever cases was witnessed among their contacts," the state media said. The report also has asked anyone coming across a strange object to report it immediately to an emergency anti-epidemic team so that it can be removed immediately.

The North, since late April, has been battling 4.7 million cases of "fever," believed to be untested Covid infections.