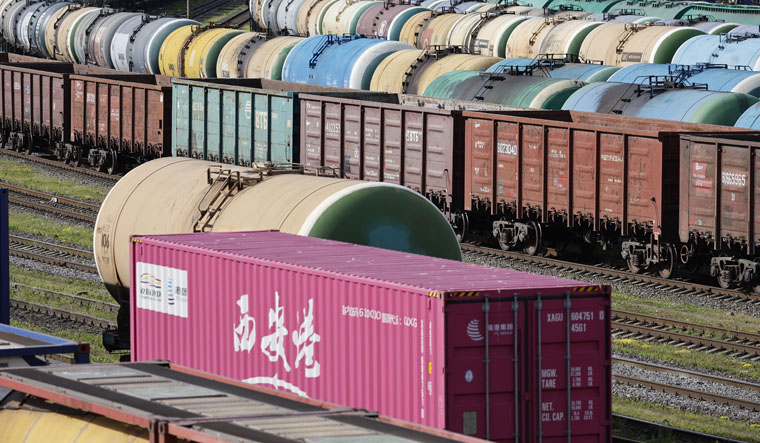 Russia has warned Lithuania of grave consequences after it blocked rail transit of sanctioned goods from Kaliningrad, a Russian exclave neighbouring Lithuania and Poland.

Lithuania recently blocked rail transit of certain goods sanctioned by the European Union in retaliation against Russia's invasion on Ukraine. The sanctions come into effect on different dates over the year. Recently, Lithuania blocked rail transit of steel goods from Kaliningrad  as sanctions on Russia steel and iron ore came into force on June 17. Lithuania informed Russia that it would no longer be able to allow transit of steel goods due to the sanctions. The EU has imposed heavy sanctions on several Russian goods including coal, metals, construction materials and advanced technology.

Russia warned Lithuania of 'serious consequences' for its actions. However, Lithuanian officials have responded that it was not a unilateral decision, but, it was just implementing sanctions imposed by EU. Nikolai Patrushev, Secretary of the Security Council of the Russian Federation said, “Russia will certainly respond to such hostile actions. Appropriate measures are being worked out in an appropriate format in an interdepartmental format and it will be taken in near future.” He added, “Their consequences will have serious negative impact on the population of Lithuania."

The Guardian reported quoting EU’s foreign policy chief, Josep Borrell, saying that Lithuania was simply enforcing the bloc’s sanctions regime. He added, however, that he was concerned by the risk of retaliation and that he would check that all the rules were being followed while accusing the Kremlin of peddling propaganda.


“I am always worried about Russian retaliation. There is no blockade. The land transit between Kaliningrad and other parts of Russia has not been banned. Second, the transit of people and goods that are not sanctioned continues. Third, Lithuania has not taken any unilateral national restrictions,” The Guardian quoted Josep Borrell saying.

However, the Russian foreign ministry called it a hostile move and said, “If cargo transit between the Kaliningrad region and the rest of the Russian Federation via Lithuania is not fully restored in the near future, then Russia reserves the right to take actions to protect its national interests.”