No crew members were injured in the incident 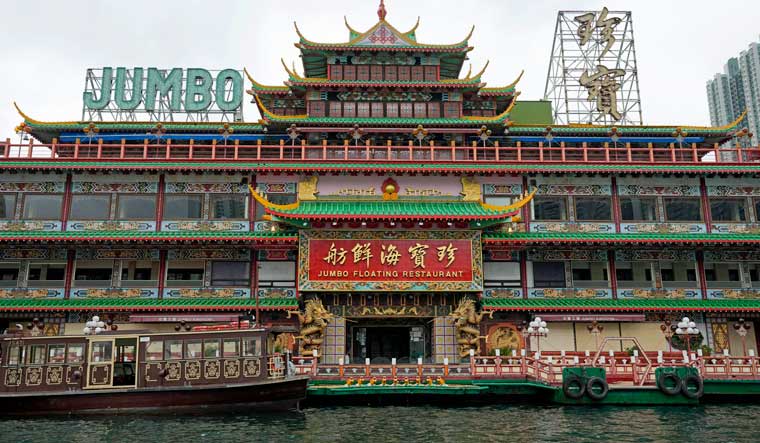 The last Chinese imperial-style Hong Kong Jumbo Floating Restaurant, which has been featured in many local and international movies over the years, is seen in Hong Kong on June 13, 2022 | AP

Hong Kong’s iconic Jumbo Floating Restaurant capsized and sunk in the South China Sea. The restaurant was towed away from the city less than a week ago, an AP report reads.

The Jumbo Kingdom, a three-story vessel that was at one time the world's largest floating restaurant. It was moored in the city's southwest waters for about 50 years. Tugboats were moving the restaurant to a shipyard in an unknown location when it capsized on Saturday after meeting "adverse conditions" near the Paracel Islands (also known as the Xisha Islands).

No crew members were injured in the incident. Salvaging would be difficult as the depth of the waters at the scene is over 1,000 metres. The restaurant was opened by late casino tycoon Stanley Ho in 1976. it cost $3 million to build. The restaurant had been running losses since 2013 and exacerbated by the pandemic, the losses ran into $12.7 million.

250 feet-long boat, which could house 2,300 diners, has been featured in several movies including Steven Soderbergh's Contagion.