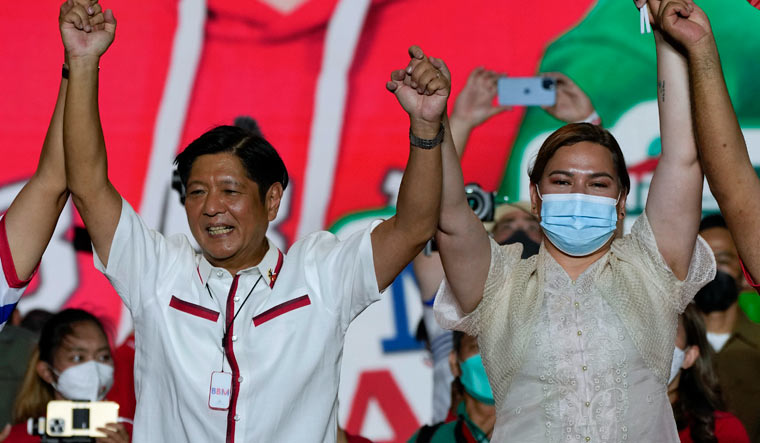 Ferdinand Marcos Jr was proclaimed president of the Philippines after a landslide win. His victory comes 36 years after his dictator father was ousted in a pro-democracy uprising.

Marcos will officially take office next month. As per a final tally released by the parliament, he secured 58.8 per cent of the total votes. "I want to do well because when a president does well the country does well and I want to do well for this country, " the 64-year-old told AFP.

Duterte and Marcos will lead a nation battered by COVID-19 lockdowns, crushing poverty, gaping inequality, Muslim and communist insurgencies, crime and political divisions further inflamed by the May 9 election.

Marco's campaign largely whitewashed his father's regime, which saw  widespread graft and human rights abuses. "I ask you all pray for me, wish me well. I want to do well because when the President does well, the country does well," he said.

Marcos' running mate Sara Duterte is likely to face demands to prosecute her father over thousands of killings of mostly poor suspects under his yearslong crackdown on illegal drugs.