Kemp, Raffensperger earned Trump's ire for not backing his claim of election fraud 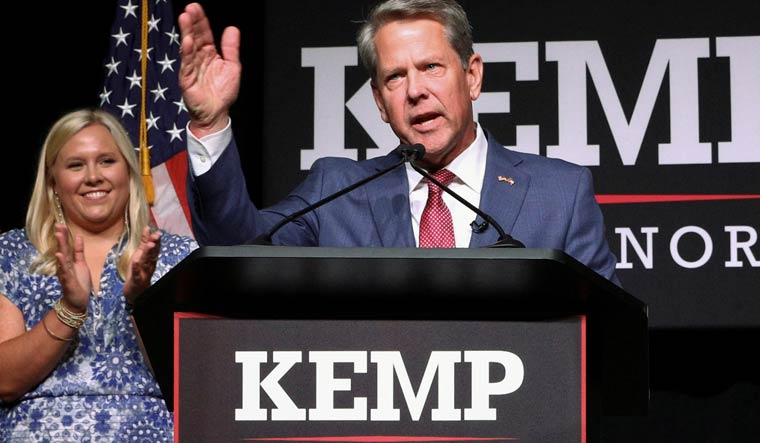 In a blow for former US president Donald Trump, three nominees for Republican primary races in Georgia have lost, counting of votes showed.

Both Kemp and Raffensperger had earned Trump's ire for not backing his claim of election fraud in Georgia in the 2020 election.

In a victory speech in Atlanta, Kemp said “Even in the middle of a tough primary, conservatives across our state didn't listen to the noise. They didn't get distracted; they knew our record of fighting and winning for hard-working Georgians.” Interestingly, Trump's vice president Mike Pence had endorsed Kemp.

Georgia Attorney General Chris Carr was the third candidate to defeat a Trump nominee in the primaries.

Carr defeated attorney John Gordon, nominated by Trump, by securing about 75 per cent of the vote.

Both Hice and Gordon had repeatedly stated the 2020 election counting in Georgia involved fraud to stop Trump from winning. Carr had backed the decision of Kemp and Raffensperger to certify the results of the 2020 election in Georgia, which current US President Joe Biden had won.