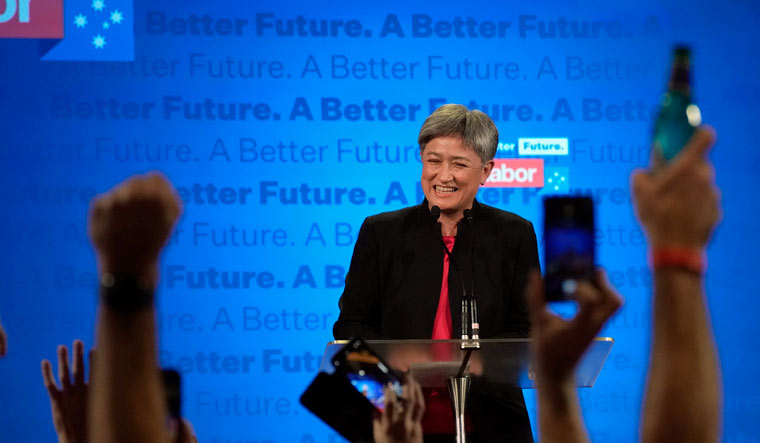 Wong, a law and arts graduate from the University of Adelaide, became the first Asian-born member of the Australian Cabinet in 2008 as Climate Change Minister under the leadership of the then PM Kevin Rudd. Daughter of respected architect Francis Wong, she is the first female openly-LGBTI Australian federal parliamentarian.

She became Australia’s first female government leader in the Senate and leader of the Opposition in 2013. And since 2016, she has been the shadow foreign affairs minister. Wong was instrumental in legalising same-sex marriage in Australia in 2017.

One of the first tasks ahead of Wong would be to repair Australia's relationship with China, which has been strained in recent times. She has said that the conflict, the result of a trade spat, could simmer down if the government stops 'playing on domestic politics' with the external issue.

Australia's once good ties with China spiralled after April 2020, when Australia called for an independent international inquiry into the origins of the Covid-19 pandemic. This was followed by Australia imposing tariffs and arbitrary bans on billions of dollars worth of key exports including barley, wine, beef, seafood, coal, copper and timber.

In 2018, relations between the two nations were strained after Beijing reacted angrily to Australia's move to ban Huawei from participating in the nations' 5G rollout stating concern for national security as a reason. Other issues like the crackdown on the Hong Kong protests and China moving to dominate the South China Sea area and crackdown on human rights in Xinjiang further strained relations. Wong said that Labour doesn't intend to bow to any of the issues and that repairing the relationship was eventually a question for China.