According to police, the blast was caused by an improvised explosive device 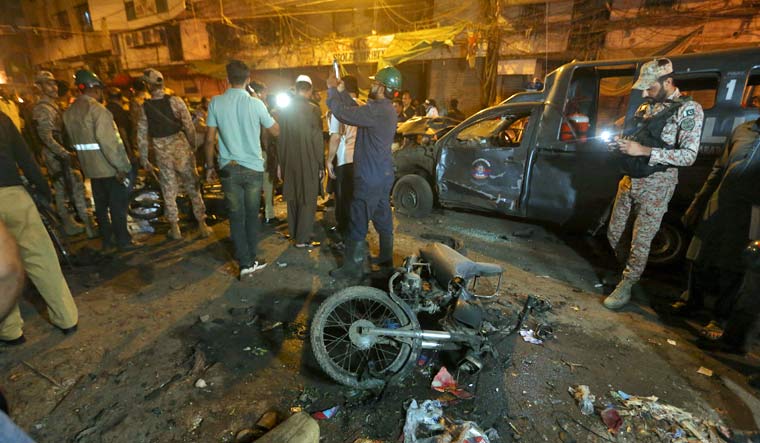 Paramilitary soldiers and and rescue workers gather at the site of bomb explosion in Karachi, Pakistan, Monday, May 16, 2022 | AP

An explosion in the Bombay Bazar in Karachi's Kharadar area on Monday evening injured several people and killed one.

Police and rescue officials quickly reached the spot to tend to the injured and take account of the cause of the explosion, Saama TV reported.

The area, being a business hub, is densely populated.

Motorcycles and automobiles, including a police vehicle, suffered damage as people tried to put out the fire, Dawn news reported.

According to police, the blast was caused by an improvised explosive device.

Karachi Administrator Murtaza Wahab tweeted that the “number of people injured has increased to 11.”  He had earlier tweeted, “4 are critically injured & are being attended to while 3 are stable.”

Sindh Information Minister Sharjeel Memon told ANI that they have dispatched police contingents to the spot.