Reportedly, a coup is also underway to overthrow him 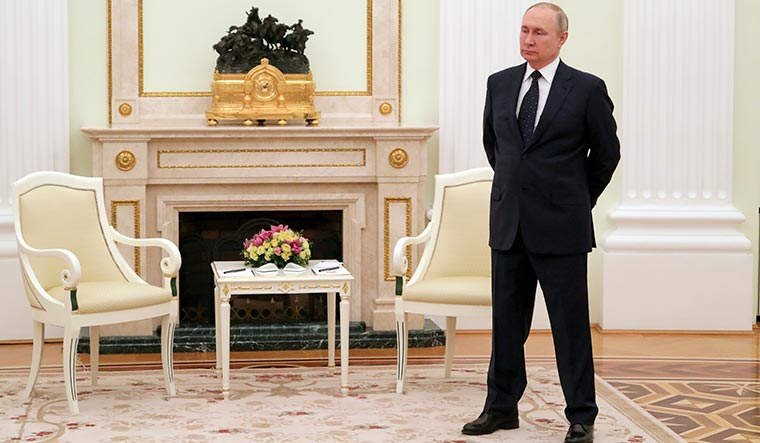 Russian President Vladimir Putin is reportedly "seriously ill”.  An oligarch with close ties to Putin was recorded to be saying that the leader “very ill with blood cancer”, the Independent reported. The Russian leader has cancer and several other illnesses, Major General Kyrylo Budanov, told Sky News.

He also said that a coup is underway to overthrow him. In yet another Sky News report, a former British spy said, “Certainly, from what we're hearing from sources in Russia and elsewhere, is that Putin is, in fact, quite seriously ill."

Speculations about Putin's ill health have intensified since Russia's invasion of Ukraine. The Russian oligarch in the recording obtained by New Lines magaizine also said that Putin had undergone back surgery.

Putin has been calling Russia's invasion of Ukraine a special operation to counter genocide that has allegedly been taking place in Ukraine.