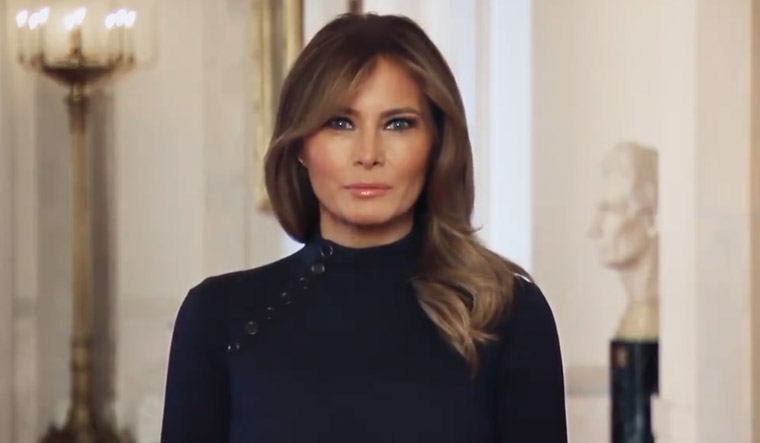 Melania Trump, in her first interview after she left the White House, hinted at a second term as First Lady, as former president Donald Trump teases a re-election bid. "I think we achieved a lot in four years of the Trump administration," Melania Trump told Fox in an interview, adding, "Never say never," when asked if she could be living in the White House again.

Trump has repeatedly hinted that he will run for presidency in 2024.

Melania, after her time at the White House, set up on her personal website, several non-fungible tokens. The NFTs on Melania's site can be purchased using cryptocurrency. And the first lot of items put up for sale earlier this year failed to reach its desired monetary threshold of $250,000 for an opening bid, a CNN report reads.

Mostly, modern former first ladies have opened non-profit organisations or foundations, that usually further the initiatives they have taken up during their term in the White House.