Khalifa has been president since 2004 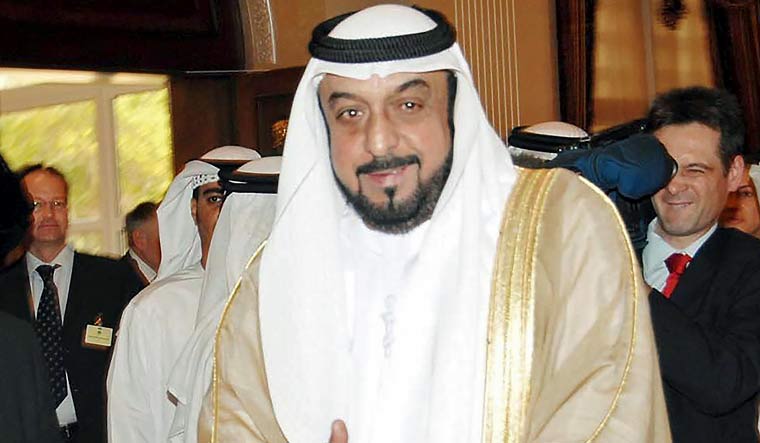 UAE President His Highness Sheikh Khalifa bin Zayed al Nahyan passed away on May 13 the state news agency WAM reported. He was also the ruler of the Abu Dhabi Emirate. Khalifa has been president since 2004.

As per the constitution, vice-president and premier Sheikh Mohammed bin Rashid al-Maktoum, ruler of Dubai, will act as president. A new president will be chosen by the rulers of the seven emirates, who will meet within 30 days.

"The Ministry of Presidential Affairs condoles the people of the UAE, the Arab and Islamic nation and the world over the demise of His Highness Sheikh Khalifa bin Zayed Al Nahyan, the president of the UAE, a WAM news agency said in a statement.

The Ministry of Presidential Affairs has announced 40 days of mourning for the passing of His Highness Sheikh Khalifa bin Zayed Al Nahyan, UAE President and Ruler of Abu Dhabi, the Khaleej Times reported.

Flags will be flown at half-mast and ministries, departments, federal and local institutions will suspend work starting Friday, it said.

He was elected to succeed his father, late Sheikh Zayed bin Sultan Al Nahyan, who served as the UAE's first president since the union in 1971 until he passed away on November 2, 2004.

Born in 1948, Sheikh Khalifa was the second President of the UAE and the 16th Ruler of the Emirate of Abu Dhabi. He was the eldest son of Sheikh Zayed.

Since becoming the president of the UAE, Sheikh Khalifa has presided over a major restructuring of both the Federal Government and the government of Abu Dhabi.

Under his reign, the UAE witnessed an accelerated development that ensured decent living for the people calling the country home.