He was sworn in by President Gotabaya Rajapaksa 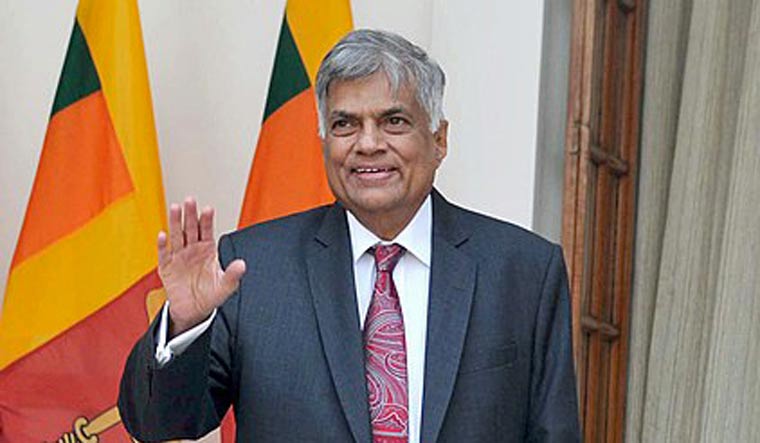 Former Sri Lanka prime minister Ranil Wickremesinghe has been appointed as the new PM of the crisis-hit nation even as civil unrest continues unabated in the country.

The 73-year-old Wickremesinghe, a veteran politician who has been prime minister of Lanka four times before, was administered the oath of office by President Gotabaya Rajapaksa.

On Wednesday, President Rajapaksa refused to quit but promised to appoint a new prime minister and a young cabinet this week which would introduce key constitutional reforms to curb his powers.

Members of the ruling Sri Lanka Podujana Peramuna (SLPP), a section of the main Opposition Samagi Jana Balawegaya (SJB) and several other parties had expressed their support to show majority for Wickremesinghe in Parliament.

Earlier in the day, opposition leader Sajith Premadasa said he would accept President Rajapaksa's invitation to form a new government if he agrees to some conditions, including his resignation within a stipulated time period.

In a letter to the President on Thursday, Premadasa said the Samagi Jana Balawegaya-led opposition is willing to form a new interim government in Sri Lanka subject to conditions.

"One of the conditions put forward by Sajith Premadasa is that the 19th Amendment to the Constitution should be implemented with the support of all political parties within two weeks. Further, President Gotabaya must resign within a stipulated time period," local media reported, citing the content of the letter.

The third condition is that the President should work together with all the political parties to work towards abolishing the Executive Presidency via the 21st Amendment to the Constitution.

Sri Lanka is facing its worst economic crisis since gaining independence from Britain in 1948. The crisis is caused in part by a lack of foreign currency, which has meant that the country cannot afford to pay for imports of staple foods and fuel, leading to acute shortages and very high prices.

Thousands of demonstrators have hit the streets across Sri Lanka since April 9 seeking the resignation of the Rajapaksa brothers.

On Monday, Mahinda Rajapaksa resigned as the prime minister to make way for the president to appoint an interim all political party government.

Sri Lankan authorities on Wednesday deployed troops and military vehicles in the streets to ensure public security in the capital amidst nationwide protests.