Says Western media is not reporting these crimes 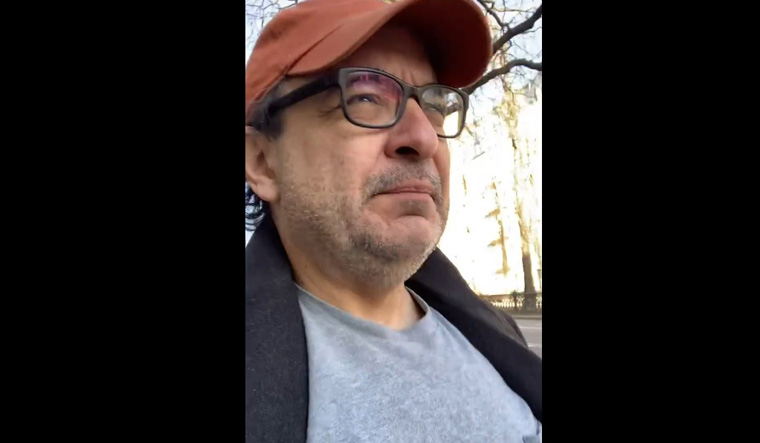 A YouTuber in Ukraine, Gonzalo Lira, claimed that the regime of President Volodymyr Zelenskiy handed out military grade weapons to civilians, and this has led to “robberies, looting, and rapes” in Kyiv. He called the Ukraine government “evil,” and claimed that the Western media is silent on such crimes.

In a video that he shot on February 28, he claimed that the Zelenskiy regime's move to arm civilians has caused havoc in the city.

“The problem that we are having is that because of the weapons that the Zelenskyy regime handed out willy-nilly in the last few days, a lot of criminals have these military grade weapons. And so there has been robberies, looting, rapes, there has been all kinds of havoc because of these criminals," Lira claimed.

He said the a lot of the shootings that happened “last night” in Kyiv had nothing to do with Russians.

“The Russian were 10km or more away from these shootings, so the violence is clearly probably gang related, gangs settling scores, and shooting one another. That is something that the Western media is not talking about, that the Zelenskyy regime, by handing out weapons, basically gave weapons to all criminal elements in the city and these criminal elements are figuring out their dominance hierarchy.”

He said once that is settled, they will start targetting civilians. “That is what the Zelenskyy regime has done."

"These people are creating chaos in Ukraine, in the name of people fighting against Russians. It is irresponsible and it will only hurt the Ukrainian people," he said.

"I think that the Ukrainian people are brave, gentle and wonderful people,” he said, and added that he has family in Ukraine.

His name is Gonzalo Lira, a famous (banned) guy on YouTube.
He is stuck in Kyiv, Ukraine. He explains how the desperate actions of the Ukrainian Pres of lending firearms has backfired, big time.