US: House of Representatives passes bill banning goods made in Xinjiang

But the bill’s immediate path to becoming law is unclear 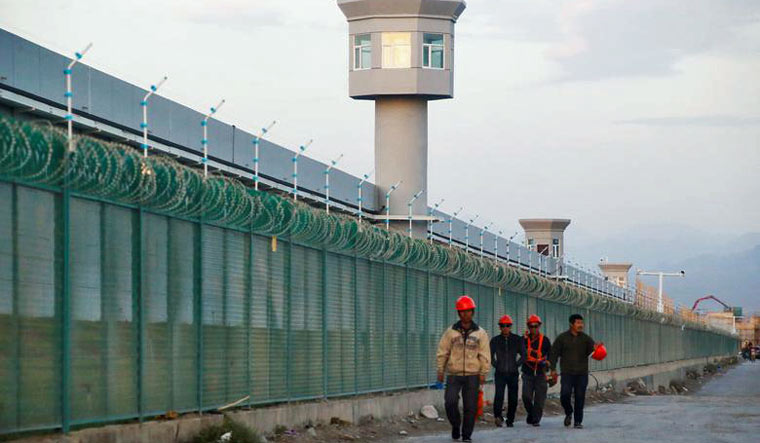 File: Workers walk by the perimeter fence of what is officially known as a vocational skills education centre in Dabancheng in Xinjiang Uighur Autonomous Region, China | Reuters

The US House, on Wednesday, passed a bill banning all imports made by labourers from the Xinjiang province. But the bill’s immediate path to becoming law is unclear. The Uyghur Forced Labour Prevention Act received bipartisan support. The act economically sanctions Chinese goods sold to the United States made at internment camps in northwest China by the forced labour from the Uyghur minority community. "This is not a partisan issue. It is a human rights issue. It is a moral issue," Rep. Jim McGovern, the sponsor of the bill, told NPR. "Goods manufactured or produced in Xinjiang shall not be entitled to entry into the United States unless Customs and Border Protection determines that the goods were not manufactured by convict labour, forced labour, or indentured labour under penal sanctions; and reports such a determination to Congress and to the public," US Congress stated.


Last week, US Senator Marco Rubio had issued a statement to the Biden administration for banning all goods made in China’s Xinjiang region.
The US, and several western nations have recognised China’s mass detention of Uyghurs.