Biden's staff are said to be frustrated with the vice president 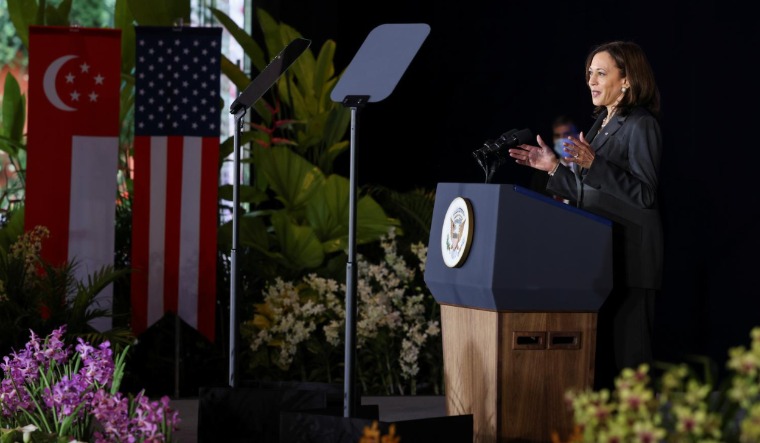 All is not well at the White House. If reports are to be believed, tensions have cropped up between President Joe Biden and Vice President Kamala Harris. A CNN report suggests that the vice president's top aides are frustrated that the president openly favours transport secretary Pete Buttigieg over her. They are also miffed at the assignments given to Harris, besides lamenting that she heavily relies on family advice.

The White House has said that the relationship between Harris and Biden remains harmonious. However, Biden's staff are said to be frustrated with the vice president and feel that some of her controversies are self-inflicted.

White House press secretary Jen Psaki, on Sunday, tweeted in defence of Harris. "For anyone who needs to hear it. @VP is not only a vital partner to @POTUS but a bold leader who has taken on key, important challenges facing the country-from voting rights to addressing root causes of migration to expanding broadband," Psaki wrote.

Dismissing a report by CNN which suggested dysfunction and exasperation in the relationship between the president and the vice president, Symone Sanders, a spokesperson for Harris, told Business Insider, "It is unfortunate that after a productive trip to France in which we reaffirmed our relationship with America's oldest ally and demonstrated US leadership on the world stage, and following passage of a historic, bipartisan infrastructure bill that will create jobs and strengthen our communities, some in the media are focused on gossip - not on the results that the President and the Vice President have delivered."

Aides have complained that matters given for Harris to tackle are the kind that will keep her off the national spotlight. Democratic senators like Elizabeth Warren, Cory Booker and Amy Klobuchar have been working to improve their profiles, with future political ambitions in mind. All this chatter around Biden's successorship has added to the uncertainty faced by the Democratic party and Harris. The Democratic operatives are preparing for an eventuality where Biden may not choose to run for a second term, an important factor being his age-- Biden would be 86 at the end of the second term. Also, Biden has suggested that he wants to be a bridge to the next generation, indicating that he could bow out to make way for a younger Democratic candidate.

In any scenario, the person receiving the baton would be the vice president. But experts say that Harris currently does not pose a threat to any of the other probable candidates. Harris currently faces criticism from both the right and the left as there has been no clear progress on either of her main campaign agendas-- voting rights and migration from the Northern Triangle countries in Central America.