Danny Fenster is set to return to the US 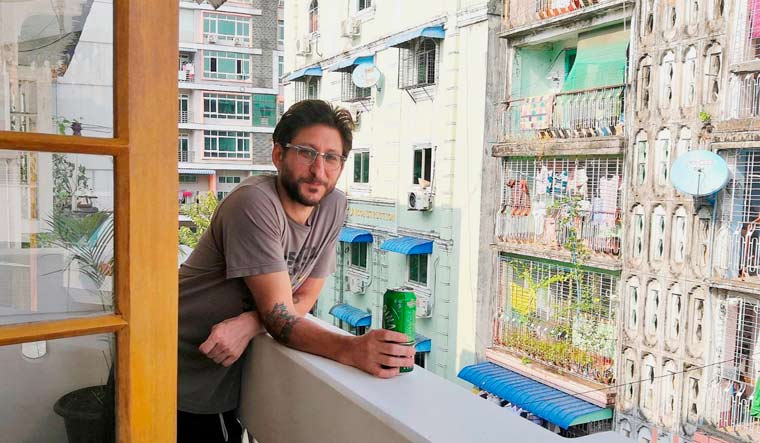 Danny Fenster posing for a photo in Yangon, Myanmar, in 2020 | File photo/AP

The managing editor of Frontier Myanmar has been freed from jail by the country’s ruling military junta, just days after he was handed an 11-year sentence by a military court.

Danny Fenster is now on a flight out of the country, the news site said in a statement.

He had been arrested on May 24 at Yangon International Airport just before he was due to board a flight to Malaysia. He was accused of working with a now-banned media organisation, Myanmar Now. "The prosecution alleged that he was working for Myanmar Now, despite the fact he resigned in July 2020 and joined Frontier the following month," Frontier Myanmar said.

Fenster had also been charged with additional crimes including that of terrorism, for which he was due to face trial on November 16. The additional charges could have resulted in a life sentence.

The US State Department had condemned his arrest, calling it an “unjust conviction of an innocent person”.

Early in November, the US sent former ambassador and hostage negotiator Bill Richardson to Myanmar, where he met with the junta’s leader and discussed delivery of COVID-19 vaccines via COVAX to Myanmar, besides discussing other humanitarian measures.

"This is the day that you hope will come when you do this work," Richardson said. "We are so grateful that Danny will finally be able to reconnect with his loved ones, who have been advocating for him all this time, against immense odds."

“We are relieved that Danny is finally out of prison – somewhere he never should have been in the first place,” said Frontier Myanmar's Editor-in-Chief Thomas Kean. “The Frontier team would like to thank all who worked to secure Danny’s release over the past five-and-a-half months," Frontier Myanmar tweeted.

At least 126 journalists, media officials or publishers have been detained by the military since last year’s coup against the Aung San Suu Kyi regime, according to UN Human rights chief Michelle Bachelet. Over 9,700 people were arrested overall on political charges, AP reported.

Besides Fenster, six other journalists were convicted of various charges. In May, the junta banned satellite TV citing "national security".