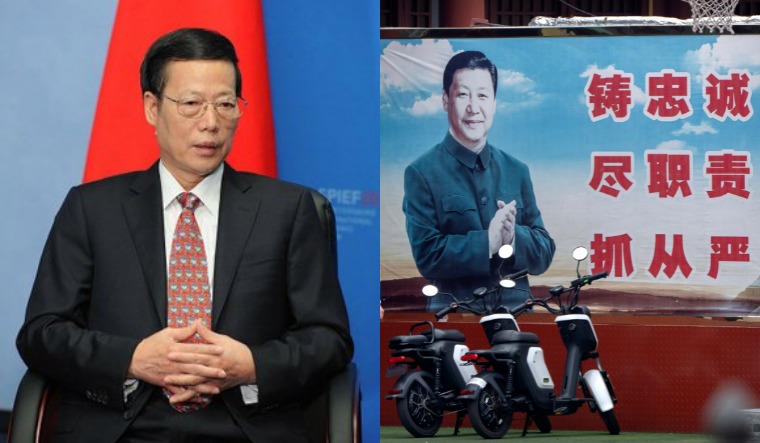 In the post, which was taken down within 30 minutes, Peng had alleged former Chinese vice premier Zhang Gaoli had sexually abused her. The claims triggered what some China watchers termed as the

most serious MeToo allegation against a high-ranking member of the Communist Party.

According to China Vitae—a list of prominent Chinese leaders maintained by the Carnegie Endowment for International Peace—Zhang joined the Communist Party in 1973. He served in party and government positions in Guangdong province and Shenzhen. He served as governor of Shangdong province from 2002 to 2003. Zhang was a member of the Communist Party's Politburo Standing Committee, the country's highest ruling body, from 2012 to 2017. He served as senior vice premier from 2013 to 2018. The allegations by Peng pertain to the time of Zhang's tenure as vice premier.

In the classical Chinese method of opaqueness, a Chinese foreign ministry spokesperson told reporters "I haven’t heard of it and it isn’t a diplomatic question,” when asked about Peng's allegations.

While many journalists claimed the allegations marked a watershed in the MeToo movement in China, some Chinese dissidents saw a political hand in the controversy.

Cai Xia is a prominent Chinese dissident who has over 175,000 followers on Twitter. Cai claimed Peng's post was intentionally kept on Weibo for more than 20 minutes to allow "enough time for the scandal to spread". She was quoted by Global Voices as saying "This 20-minute time is quite magical. This signals an intention to let the bullet fly… fly for just a moment… This is a quite typical censorship practice when cracking down on opponents; they have to contain the damage to prevent undermining the CCP dictatorship."

Cai Xia was a former professor of the Central Party School of the Communist Party for 15 years. She was expelled from the party in 2020 for describing President Xi Jinping as a "mafia boss". Cai, who now lives in the US, told The Guardian last year that under Xi, the Communist Party had "become a political zombie". She accused him of single-handedly killing "a party and country".

Another Chinese dissident, who is based in the US and uses the Twitter handle 'Sumerian', expressed a similar opinion. Sumerian linked the MeToo allegation to the ongoing plenary session of the Communist Party.

Sumerian was quoted by Global Voices as saying "Obviously this is a sex scandal under the instruction of Xi. Or else the Weibo post could not survive for that long."

Sumerian claimed Xi had used the old Chinese dictum of kill the chicken to scare the monkey to scare rivals in the party who are not loyal to him.

In recent months, there has been speculation Xi had been avoiding overseas travel for fear of a coup being launched against him by rivals in the party.