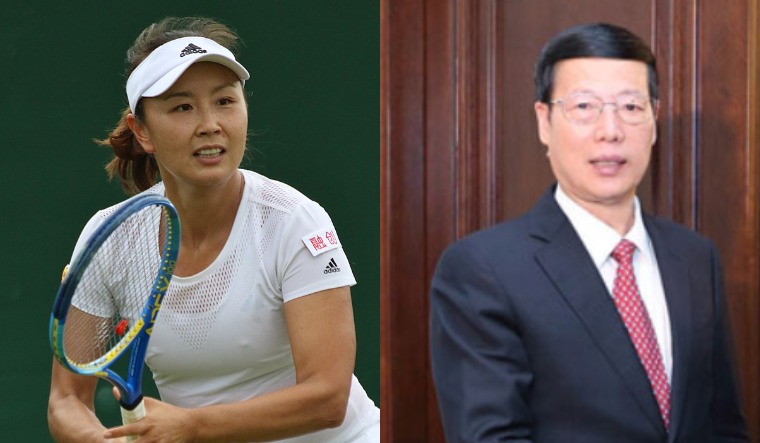 Peng Shuai is considered to be among the trailblazers in tennis in China, along with Li Na. Peng achieved the world number 1 rank in women’s doubles in February 2014 and had a highest singles rank of 14 in 2011.

But on Tuesday, Peng, who is now 35, was in the news for an altogether different reason. Multiple China watchers tweeted screenshots of a post on the popular microblogging site Weibo, purportedly made by Peng.

In the post, which was taken down by Weibo within minutes, Peng claimed she was sexually assaulted by Zhang Gaoli, a former vice premier of China, and later willingly became his mistress. Emily Feng, the correspondent of NPR in Beijing, tweeted the claim by Peng was the "highest public #MeToo allegation in China".

Zhang served as vice-premier of China from 2013 to 2018. The deleted post claimed Zhang abandoned Peng after having an extramarital relationship for seven years.

Emily noted that the MeToo movement had never targeted a high-ranking official of the ruling Communist Party of China till now. She tweeted, "China’s quickly-stifled #MeToo movement has ensnared academics, journalists, NGO workers.... but never had a high-level Party official been accused. The burden of proof and the political pressure brought to bear will be huge. And Peng herself admits to having no evidence."

Despite the Weibo post being taken down quickly, Emily said people were discretely discussing the issue using seemingly innocuous-sounding words. She tweeted, "So quickly are social media posts being censored on Chinese sites about this that people are resorting to using #tennis and #melon (meaning drama) in Chinese to talk about this... both terms are trending on Weibo now."

William Yang, a correspondent for DW News based in Taiwan, tweeted that if the allegations by Peng were true, "she probably wouldn’t have another chance to openly talk about it".

Yang tweeted on Wednesday that Weibo appeared to have restricted access to Peng's account. He said he sent a message to her, which resulted in a pop-up informing the content violated Weibo community rules. Yang noted this was an example of China's censorship. He also wrote he was unable to view comments on her posts.