OPINION: China's intense engagement with Latin America is a lesson for India 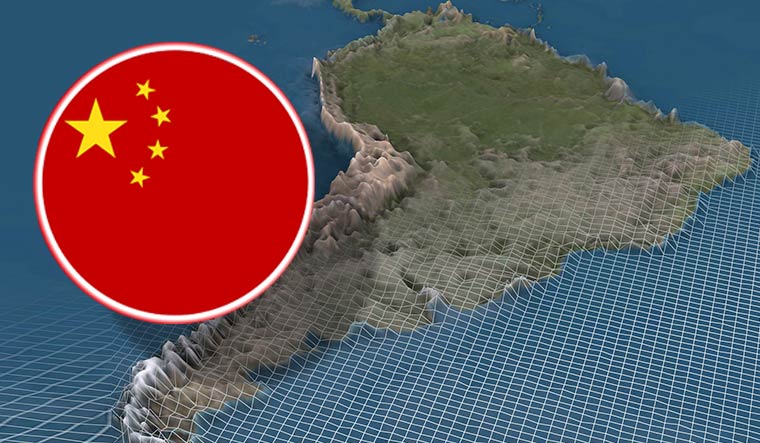 The second high-level academic forum and the sixth think tank forum between China and the Community of Latin American and the Caribbean States (CELAC) met on October 12-13 in Beijing. The event was organised by the Institute of Latin America Studies at the Chinese Academy of Social Sciences Beijing, in collaboration with the UN Economic Commission for Latin America and the Caribbean (ECLAC, based in Santiago), the Chinese People’s Institute of Foreign Affairs, the China Institute of International Studies, the China Foundation of International Studies and the United Nations.

Roberto Escalante Semerena, Secretary-General of the Association of Universities and Institutions of Higher Education of Latin America and the Caribbean (UDUAL) also participated in the event. The event was sponsored by the foreign ministries of Mexico (current president of CELAC) and China. Experts, officials and entrepreneurs from both sides participated.

The Latin Americans expressed appreciation to China, which had given the region 241 million doses of COVID vaccines out of the total of 946 million doses that Beijing has given to the world.

The academic forum and think tank forum are both part of the larger China-CELAC Forum that was established in 2014. Under it, meetings are held at various levels and in different subjects.

In July 2014, President Xi Jinping announced that China would provide CELAC countries with 6,000 governmental scholarships, 6,000 training opportunities and 400 opportunities for on-the-job master degree programs in China between 2015 and 2019. In 2015, China officially launched the ten-year training program for 1,000 young leaders from both sides entitled the “Future Bridge”.

By the end of that year, China had opened 39 Confucius Institutes and 18 Confucius Classrooms in 20 LAC countries. There are more than 100,000 Latin American students enrolled in the Chinese language and culture programs of the Institute. There is detailed and clear information on China-CELAC activities in this link.

The Chinese side takes most of the initiative in setting up these elaborate structures, financing projects and activities, holding regular meetings and systematically following up.

India held its first Indo-CELAC Troika Foreign Ministers meeting in New Delhi in August 2012, a year after the formation of CELAC in December 2011. The CELAC Troika visited New Delhi before Beijing. In this meeting, the two sides agreed to set up an India-CELAC Business Council and an India-CELAC CEOs Forum, Energy Forum, Agriculture Forum and Science Forum. There have also been a few more meetings at the foreign minister-level during the United Nations General Assembly. But, India has not sustained its engagement with CELAC as impressively and comprehensively as China has done.

While India cannot ever hope to match China’s scale in trade, investment and credit, it can certainly learn from the serious and systematic way by which the Chinese cultivate Latin America, through multiple channels and with intense engagement.

The Latin Americans are keen for a partnership with India as part of their strategic policy to reduce over-dependence on China and [increase] diversification. They are appreciative of India's annual supply of a billion dollars of affordable generic medicines which have helped reduce the cost of healthcare of the Latin American people and governments. They are impressed by India's $10 billion investment and the employment of 35,000 Latin American staff in the two dozen Indian IT companies that operate in the region. India has become a top export destination for Latin America in recent years.

It is heartening to see that the Ministry of External Affairs of India is attaching more importance to the region in recent years and has taken several initiatives to reach out to it. There have been many visits of Indian dignitaries, ministers and officials covering all the countries in the area. India has increased its technical assistance and development partnership and has just opened two more embassies in Paraguay and the Dominican Republic adding to the ten embassies in the 19 countries of the region.

More things for consideration by MEA:

The action by the government of India needs to be supplemented by organizations outside the government sector. The Confederation of Indian Industry (CII) and the Federation of Indian Chambers of Commerce and Industry (FICCI) have been proactively promoting business with Latin America. The Indian Council for Cultural Relations (ICCR) is active in cultural exchanges with Latin America.

The India International Centre, New Delhi is planning to organize an IIC conference "Connected Histories, Shared Present: Cross-Cultural Experiences between India and Latin America and the Caribbean" on February 22-25, 2022.