What are the advantages and risks of using mix-and-match COVID vaccines? 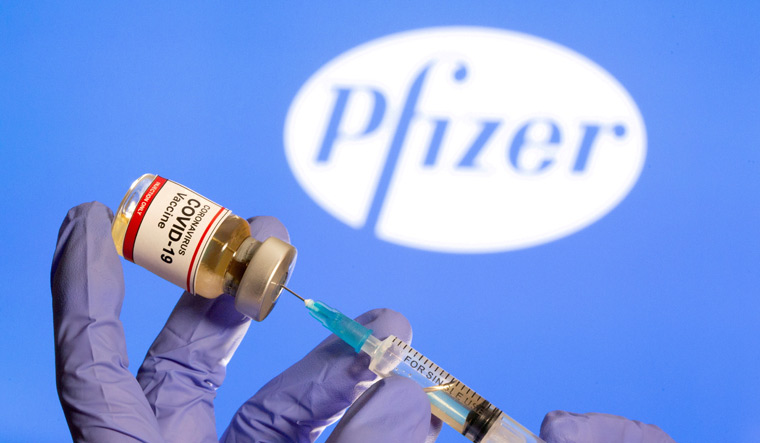 The United States regulators are expected to authorise the mixing and matching of COVID-19 booster doses this week in an effort to provide flexibility as the campaign for extra shots expands, news reports emerged on Tuesday. According to a report by news agency AP, the upcoming announcement by the Food and Drug Administration is likely to come along with authorisation for boosters of the Moderna and Johnson & Johnson shots, and follows the announcement of a third dose for the Pfizer vaccine for many Americans last month.

Why mix and match?

Preliminary results from a government study of different booster combinations found an extra dose of any type increased the levels of virus-fighting antibodies regardless of the brand people first received. But recipients of the single-dose J&J vaccination had the most dramatic response—a 76-fold and 35-fold jump in antibody levels, respectively, shortly after either a Moderna or Pfizer booster, compared to a four-fold rise after a second J&J shot.

This is in line with a recent UK study that said a mix-and-match approach to COVID vaccines—using different brands for first and second doses—appears to give good protection against the pandemic virus. The Com-Cov trial looked at the efficacy of either two doses of Pfizer, two of AstraZeneca, or one of them followed by the other. All combinations worked well, priming the immune system, the study found. The trial results also hint that people who have already received two doses of AstraZeneca vaccine could have a stronger immune response if they were given a different jab as a booster.

Most coronavirus vaccines, except Johnson and Johnson, entail multiple doses. Two doses are important to give the fullest protection and teach the body to make antibodies and T-cells to block and kill the virus.

And, some countries are already using mixed doses. Spain and Germany are offering the Pfizer or Moderna mRNA vaccines as a second dose to younger people who have already received a first dose of the AstraZeneca vaccine, following concerns about rare but serious blood clots, rather than about efficacy. 66-year-old German chancellor Angela Merkel had received a second dose of Moderna, after a first shot of Oxford-AstraZeneca.

Are there any advantages to mixing vaccines? The efficacy and immune response in mixed vaccine doses could theoretically be much higher. Take the case of a viral vector vaccine like AstraZeneca (Covishield). It uses a weakened common cold adenovirus from chimpanzees to deliver the SARS-CoV-2 genetic code. The problem with using such a vaccine is that the body would develop antibodies to the adenovirus as well as SARS-CoV-2 after the first shot; the same adenovirus delivered in the second shot would be much less efficient.

This is where viral vector 'combination' vaccines like Russia's Sputnik V stands apart. It uses adenovirus Ad26 in the first shot, and a different adenovirus Ad5 in the second shot for a much higher effectiveness. Sputnik V has an efficacy of close to 91 per cent.

Experts have also stated that mixing a viral vector vaccine with an mRNA one like Pfizer could result in much broader and much better immune response.

The disadvantages? Short-term side-effects such as fatigue could be higher. Also, the trials for mixed vaccines have only just begun. More comprehensive results are needed for a concrete decision to be made.